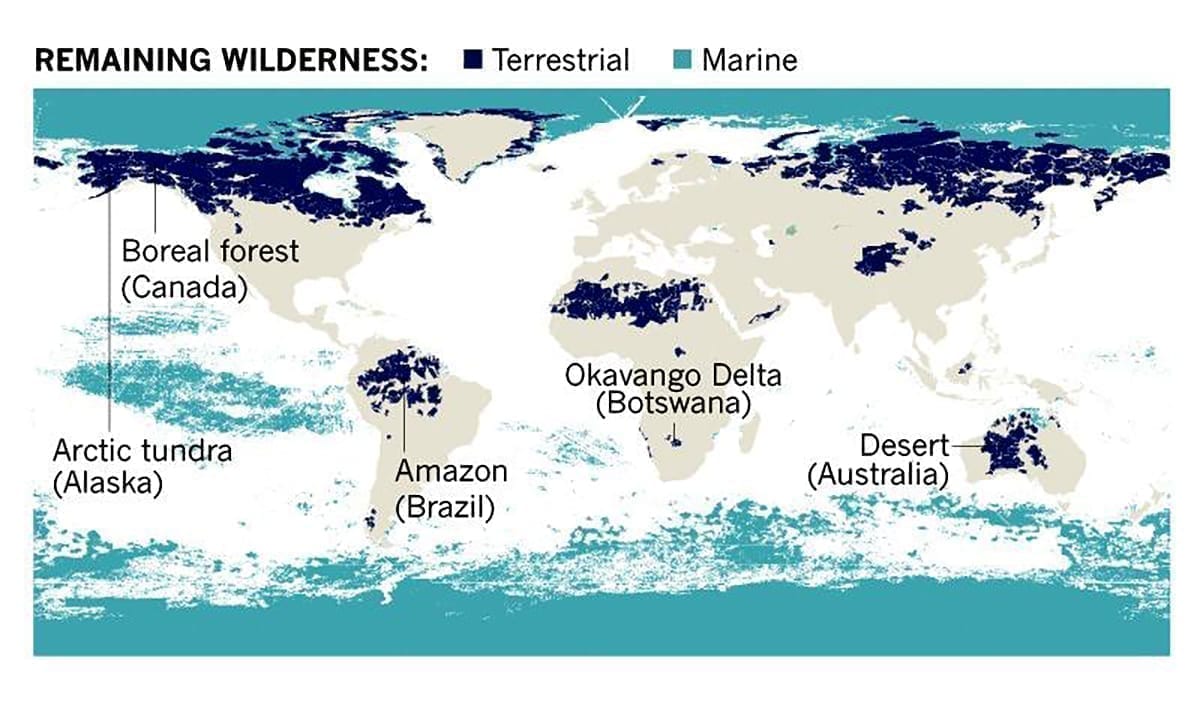 70% of the World’s Remaining Wilderness Can Be Found in Just 5 Countries!

A report recently released by the World Wildlife Fund revealed some startling facts, including the fact that the human population is responsible for the destruction of approximately 60% of the world’s wildlife over the last 4 decades. It’s a clear indication of the negative impact that our daily activities have on the rest of the world, including overhunting, climate change, pollution and more.

“This report sounds a warning shot across our bow. Natural systems essential to our survival – forests, oceans, and rivers – remain in decline. Wildlife around the world continue to dwindle,” advised President and CEO of WWF-US Carter Roberts in a statement.

Articles discussing the report have taken social media by storm, once again igniting heating debated about our role in the destruction of the natural world, and the responsibilities that we, as a population, hold for its conservation. The natural world is crumbling around us, and it’s a trend that isn’t going to change or slow down without drastic action.

The world is changing at a rapid rate. A recent report in the journal ‘Nature’ revealed that more than 77% of the land (excluding the continent of Antarctica) and 87% of the world’s oceans have been changed in some way as a direct impact of the human population and our activities. This includes forestry, large farming operations, industrial fishing, growing settlement, pollution, and more. As a result, approximately 1.27 square miles of natural wilderness, or an area larger than the country of India, has been lost just in the period of time from 1993 to 2009.

The report, written by a team of scientists at the University of Queensland and the Wildlife Conservation Society (WCS) raises the important question – What’s left? The team mapped out the world’s remaining natural wilderness around the globe, including both land and water, and they discovered the surprising fact that over 70% of the remaining wildlife is located in just 5 countries – Russia, Canada, Australia, the United States, and Brazil. 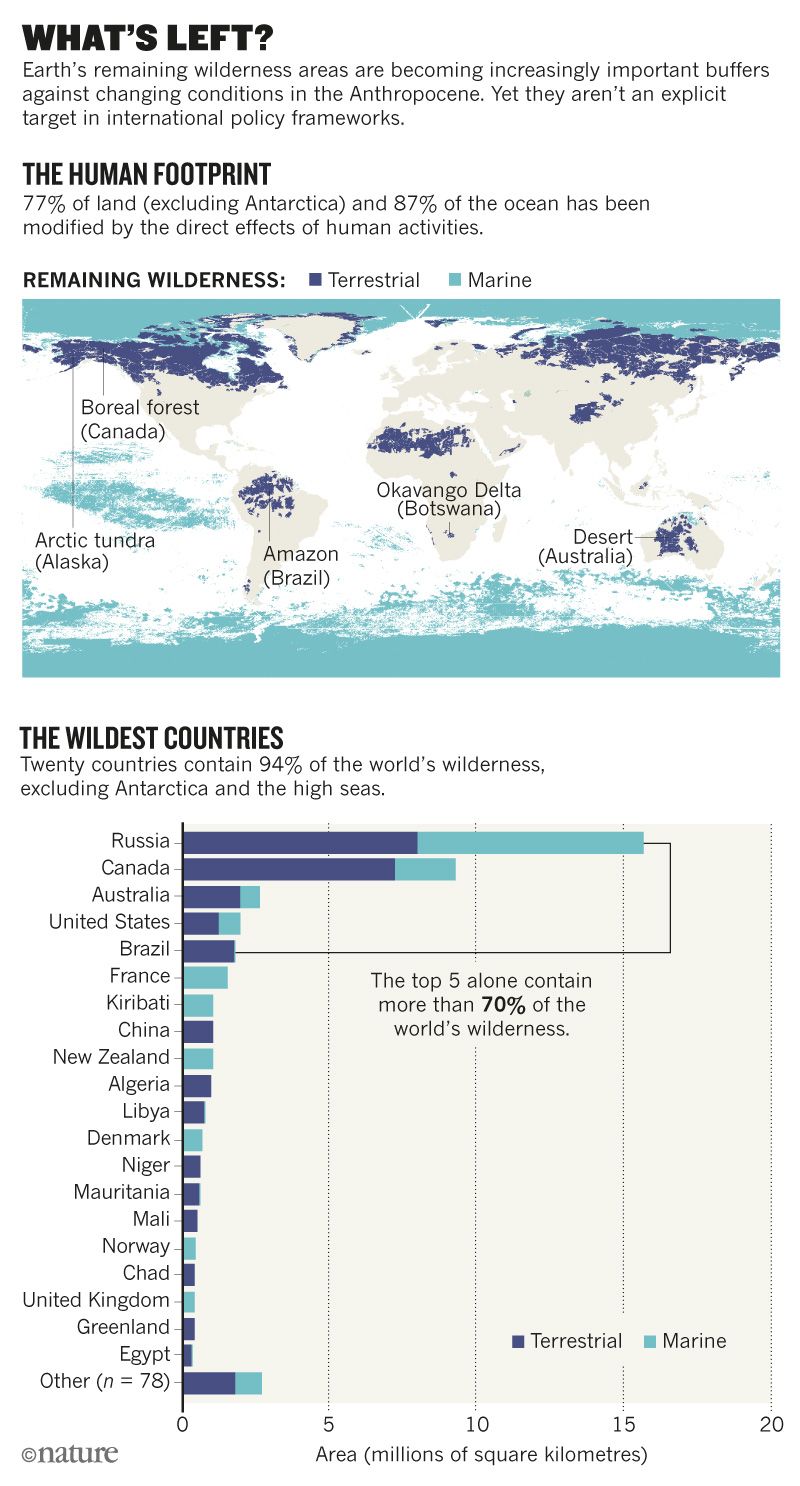 This information is incredibly valuable when considering our efforts to make a positive change. These 5 countries are in a unique position to lead the global community in implementing change. “Wilderness will only be secure globally if these nations take a leadership role. Right now, across the board, this type of leadership is missing,” explained the report’s co-author John Robinson, a primatologist and the WCS Executive Vice President for Global Conservation. “Already we have lost so much. We must grasp these opportunities to secure the wilderness before it disappears forever.”

Sure, the data is upsetting and even bleak, but it is far from hopeless. The future out of the natural world is in our hands. Only time will reveal whether or not we are prepared to learn from our recent mistakes and change the path that we are currently traveling.