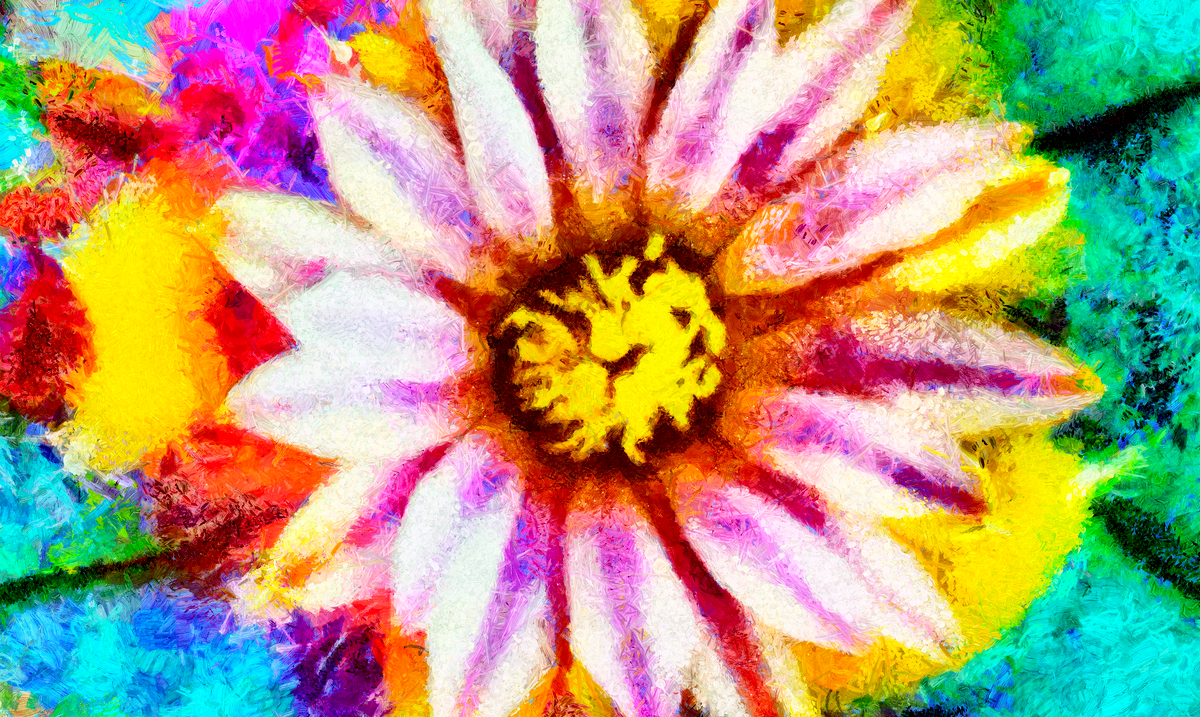 22 Powerful Plants and Flowers For Higher Awareness, Prosperity And Healing

By Elizabeth DeVille December 24, 2018 No Comments

With an average of 38.3% of Americans reporting that they have use complementary and alternative medicine either as their sole healthcare solution or in conjunction with modern-day science, we find ourselves exploring some of the overlooked and nearly forgotten practices of the past, including the power of herbal medicine.

Long before we could reach for modern pain killers and cough syrups, people relied upon natural medicines to combat infections and illnesses. In order to do this, they had to be familiar with the health benefits of various plants and herbs, educating themselves on which possessed antibiotic properties versus anti-inflammatory and more.

While this certainly is considered a form of natural medicine, in a time when the science behind medicine was yet to be discovered, the powers that these plants held was nothing short of magic. In fact, some may argue that the need for medicinal options in a world before the pharmaceutical industry played an important role in the popularity and understanding of herbal magic at the time.

Today, much of that information is still made widely available online and in various educational books and resources. Just because science has advanced, that doesn’t mean we need to give up these alternatives.

In fact, in 2016 it was reported that Americans spent approximately $30.2 billion out-of-pocket on alternative medicine or ‘complimentary health’ options, a number that continues to grow as we seek to understand all our options. The reason for this trend? Experts say it’s hard to track exactly why people are making the shift. For some, it may be a response to a terminal diagnosis, a search for hope that there still is a treatment available. For others, it may just be a response to increased availability of both information and products – we are talking about it more once again, and, in response to the shift, natural health stores appear to be popping up everywhere.

Here are 22 powerful plants and herbs that you can use to increase posterity, healing and higher awareness in your life:

A favorite of pregnant women across the country to combat nausea associated with morning sickness, ginger is a great natural anti-nausea medication available in teas and even ginger candies. However, it’s also said to have an emotional impact, helping you to release any pent-up anger you may be struggling with.

Targeting the heart, hawthorn is a favorite of many in alternative medicine due to the fact that it works on multiples levels. It helps to physically protect the heart but also works to heal and soothe the heart on an emotional and spiritual level. If you are struggling with a broken heart, this will work to help soothe your grief, calm your mind and encourage you to work through your challenging emotions.

One of the better-known medicinal herbs, chamomile is often used as a sleep aid due to the fact that it helps to calm and relax both the body and the mind. However, this also has use in your overall spiritual practices, as relaxing and calming the mind will open the door for communication from the Universe, allowing you to receive and embrace spiritual guidance.

While most herbs target one specific part of the body, Korean ginseng works to awaken and energize the whole body. By nourishing the heart and stimulating the mind, it optimizes all systems within the body. This goes deeper than just your physical health, it also encourages the healing of your mental, emotional and spiritual health.

A favorite in the kitchen, if you’re not already cooking with allspice regularly, this may change your mind. This blend includes several flavors such as clove, pepper and cinnamon, all in a single spice that is known for it’s anti-inflammatory, antiviral and anti fungal properties. On top of its ability to boost your immune system, it is also credited with promoting prosperity in all areas of our life including our relationships, finances, health and overall luck.

Well-known for its ability to calm the mind and relieve stress, lavender is an aromatherapy option often used in bubble baths and bath bombs, as well as added to sachets to place under the pillow and promote a more relaxed sleep. It can also be used in conjunction with meditation to amplify these effects further, freeing the mind to fully embrace our spiritual gifts.

There has been a lot of talk about elderberry as of late due to its ability to work as an antiviral, helping to fight off the flu. However, the berry isn’t the only beneficial part of the plant. The elderflower is said to have similar benefits, fighting runny noses and hay fever, however, it is also credited with opening your chakras which, in turn, empowers you to optimize your power of intuition.

Calendula is an herb that is said to have spiritual properties working to heal and boost your aura and your spiritual self. You can only bring care and healing to those around you if you take the time to care for yourself first. Create a tea with this herb and you will improve our abilities as a healer.

While angelica is said to have many uses, the most common include easing arthritis pain, encouraging better circulation, calming nervousness and fighting the effects of insomnia. On a spiritual level, angelica is said to purify our spiritual selves, releasing negativity and, therefore, introducing a greater positivity in our lives.

Often when we think about roses, the first connection that comes to mind is between the beautiful flower and romance. Herbal magic practitioners say that the connection between roses and romance doesn’t end with giving a bouquet to your beloved. Drinking rose tea is credited with the ability to open the heart, making it easier for us to give and receive love.

Throughout history, thyme was a go-to for many of the minor ailments that we all experienced at one time or another. It is said to have the power to soothe sore throats, stomach aches, diarrhea, and even arthritis. If you are struggling with your ability to communicate with the world around you, thyme is your solution – working to open the throat chakra which will then free you to share your thoughts, feelings, and ideas with those around you.

From an herbal medicine angle, lemongrass is a highly versatile herb with the ability to help relieve pain and fevers, stabilize blood sugar and cholesterol levels, and reduce swelling. For those that are looking for clarity in life, lemongrass is said to have the power to clear our mind of distractions, sharpening focus and improving our chances of success.

Found in nearly every kitchen in the United States, basil is a staple in many of our favorite recipes. Basil is an anti-inflammatory, well-known for promoting better digestion and detoxifying the body. It is also credited with promoting personal peace, happiness, and tranquility.

Packed with both antioxidants and anti-inflammatory abilities, rosemary is said to reduce our risk of cancer, improve digestion, and prevent premature aging of the brain. It is also said to relieve the mind of negative thoughts, allowing us to embrace positivity in our lives. This is a great way to free us from unnecessary stress and focus on the best possible outcome in every situation.

Whether you are adding fennel seeds to your diet or drinking fennel tea, these seeds pack a powerful punch. If you are currently working on losing some weight but struggle with a sweet tooth, fennel has the ability to reduce sugar cravings making it easier to stick with your diet. It also has the ability to give you a much-needed energy boost when necessary.

A lesser known herb, you may want to search out a source of astragalus if you struggle to balance your blood pressure, as that’s its main use. The key, however, is to understand what happens on a spiritual level when your blood pressure is fully in check – this is the time when you are most capable of handling stress as you are able to view the world with a clear, grounded mind.

Cinnamon is a delicious addition to everything from apple cider to baked goods. However, if the amazing flavor isn’t enough to start including cinnamon in your regular diet, it’s benefits may be. Cinnamon has been credited with both reducing the risk of heart disease and lowering blood sugar levels. It is also a great source of energy, revitalizing you on a physical, mental and emotional level.

Nutrient-dense nettle tea is said to carry an incredible number of benefits, making it a favorite of dietitians, nutritionists and alternative health professionals alike. From relieving joint and muscle pain to improve digestion, it is believed to simply optimize how the body operates as a whole while also improving your energy, especially when you’re feeling a little drained. Just remember, you can’t keep drinking nettle tea and think it will never catch up with you  – you will eventually need to take the necessary time to rest.

If you haven’t had the opportunity to try a saffron tea, you’re not alone. Known for being the most expensive herb, it’s not something that people often even consider for the purposes of making tea. Credited as an aphrodisiac, saffron is also known for helping to ease the symptoms both of menstruation and premenstrual syndrome, making it a favorite for women everywhere. It works to clear the energy centers of the body or the chakras.

Alternative medicine practitioners often use hibiscus to lower blood pressure and cholesterol levels, helping to reduce the risk of many other diseases and long-term illnesses. However, the ruby-colored tea is also said to help us tap into the softer-side of ourselves, encouraging compassion and helping us to let go of past pains and practice forgiveness.

Another herb said to help balance blood pressure, dan shen also works to protect the heart and reduce or prevent heart palpitations. If you find yourself struggling with your temper, dan shen is said to help calm your emotions, and reduce aggression.

Credited with the ability to improve digestive health, peppermint is often used to relieve the pain and discomfort caused by gas and bloating. It is also said that peppermint opens our creative mind, inspiring us to think outside the box and discover new, unique solutions to seemingly impossible problems.