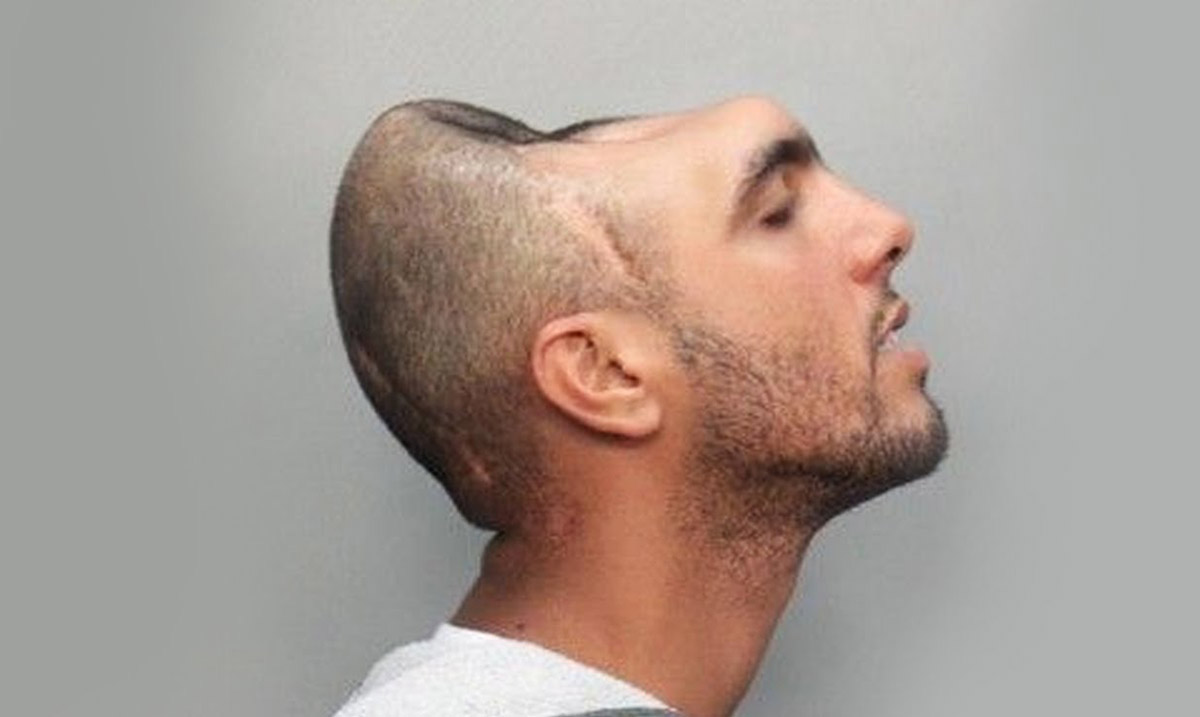 12 Incredible Stories of People Who Survived the Impossible

By Elizabeth DeVille October 2, 2018 No Comments

There are moments in life where we look back and make comments like ‘I can’t believe I survived that’ or ‘I’m lucky to be alive’, but when you put it into perspective, just how much danger were you actually facing? Was your life truly at risk, or did you allow yourself to be caught up in fear at the moment?

Most of us can chuckle, recognizing we were victims to nothing more than our own fear, playing tricks with our mind, but not these individuals. Each of these people was faced with at least one life-threatening situation, an experience that easily could have claimed their life. Whether they tapped into their incredible willpower, surviving simply because they refused not to, or because luck was on their side, their stories will shock and awe you.

Here are 12 incredible stories of people who survived the impossible:

Croatian music teacher Frane Selak had an incredible amount of luck, both good and bad, throughout his life. Cheating death a total of 7 times, his life story is almost unbelievable! At the age of 33, Selak boarded a train that flew off the track, crashing into the river. A total of 17 people were killed, but he survived the ordeal. Only a year later, he was sucked out of a plan through a malfunctioning door, landing on a haystack and surviving while the plain itself crashed killing 19. As if that wasn’t enough, 3 years later he was on board a bus that skidded off the road killing 4, but once again, he walked away. This wasn’t the end of his bad/good luck. The engine in his car exploded twice, at the age of 41 and 44, but both times he survived. He was then hit by a bus at 66 and survived a serious car accident at 67. Life finally took a turn for the better for Selak when he won the lottery at the age of 74, but he quickly realized money wouldn’t buy happiness. He gave his winnings away to family and friends, keeping just enough for he and his wife to live off of at the age of 81, and lived out the final years of his life in quiet peace.

While flying over the Kalahari Desert, Greg Rasmussen suddenly found himself faced with intense winds which would ultimately cause his plane to crash into the desert sands. The crash would render his legs completely useless, a situation that would leave most ready to give up the battle, but not Rasmussen. He crawled into the shadow of a tree to avoid the harsh sun while waiting for rescue. It would be 24 hours before rescuers would find the man. During that time, he would face vultures, elephants and lions, crawling under the destroyed fuselage and banging on the wreckage to ward off predators. It would take 100 operations to restore partial use of Rasmussen’s legs.

In 1985 Joe Simpson and Simon Yates set out to climb the West Face of Siula Grande, only to face a devastating situation. During a major storm the two became separated, nearly costing each of the climbers their lives. The actual events of that fateful climb are highly contested, with the movie ‘Touching the Void’ telling the tail of Yates cutting the rope, leaving his climbing partner to die. However, Yates contests that the movie was inaccurate, stating that after his partner broke his leg he attempted a heroic rescue which eventually put him in the position of having to make the impossible choice of cutting his injured friend loose or dying with him. Simpson plummeted into an icy crevasse which could have been his final resting place, however, the determined climber spent 3 days crawling back to base camp. Since returning from the climb, Simpson has defended Yates’ decision.

When 46-year-old Robert Evans survived being hit by a car while riding his bike, officials at the hospital that treated and released the man told him just how lucky he was. With nothing but minor injuries, he was returned to the streets at approximately 3 AM. Unfortunately, this wouldn’t be the only visit to the hospital for Evans that day. At approximately 4:45 AM that same day Evans was crossing a railroad bridge when hew as struck by a coal train, sending him plunging 10 feet from the bridge into the creek below. Surprisingly, Evans once again suffered only non-life-threatening injuries and was released once again from hospital later that day.

Stewardess Vesna Vulovic boarded a Yugoslavian Airlines flight in January 1972, but she had no idea that her entire life was about to change. Within the cargo hold a terrorist group known as Ustashe planted a powerful explosive which would claim the lives of all passenger and crew on board, with the exception of Vulovic. Miraculously, the stewardess somehow survived the 33,000-foot fall, although she was understandably in rough shape. She had 3 crushed vertebrae, both legs were broken, and a fractured skull. Miraculously she would somehow make a complete recovery, going on to lead a happy life and earning her a spot in the Guinness Book of World Records for ‘the highest fall survived without a parachute’.

Mauro Prosperi had his eye on the prize as he made the decision to take on arguably the toughest race of its kind, the Marathon des Sables, a 6-day race through the Sahara Desert. Unfortunately, a sandstorm would hit the race causing Prosperi to become lost and disoriented in the desert. Traveling now in the wrong direction he would eventually come across a Muslim shrine where he was able to seek shelter. He ran out of food and water after the first 24 hours, as he wasn’t stocked up for any form of long-term survival. He would spend a total of 10 days out in the desert, feeding off bats and reptiles and drinking his own urine before a nomadic family would find him and bring him to safety.

Sure, it’s arguable that many jobs out there have their risks, but Russian physicist Anatoli Bugorski highlighted the incredible dangers faced by scientists due to the equipment that they are handling on a regular basis. While checking out a piece of malfunctioning equipment Bugorski was struck in the head with a beam from the largest Soviet particle accelerator. While experts report that 1000 rads is enough power to kill pretty much anyone that comes in contact with it, the particle beam that struck Bugorski measured at approximately 200,000 rads! Miraculously, the beam missed his brain stem damaging only a small portion of his brain and paralyzing the left side of his face. In fact, in time his brain actually began to recover from the injury developing new neuron pathways. When all was said and done, he lost none of his intellectual capacity and returned to work a year and a half later.

#8 – Nearly Cut in Two by A Speeding Train, Victim Somehow Managed to Survive the Ordeal

In 2006 Truman Duncan was working the rail yards in Cleburne, Texas when he was swept underneath a moving train. The rail car dragged Duncan a total of 75 feel, and his lower body was so mangled that he was nearly cut in half at the waist. Somehow, the man not only managed to stay focused and conscious, he actually made the call to 911 himself from his cell phone. Duncan’s injuries required a total of 23 surgeries over a 6-week period, costing him both legs and one of his kidneys, but he lived to tell the tale.

What should have been a routine flight to attend a rugby match turned into a harrowing even for the Stella Maris College rugby team when the plane they were on crashed into a snow-covered mountain October 12, 1972. A total of 17 people were killed instantly or died within minutes, but the worst wasn’t over for the survivors. Stranded on the mountainside, they were forced to survive in freezing conditions with no shelter and very little food. Using what they could of the mangled fuselage, they huddled together while waiting to be rescued. Unfortunately, the harsh conditions, as well as an avalanche, would claim the life of another 10, and the survivors were even forced to eat the flesh of their deceased teammates to survive. After a total of 60 days on the mountain, the 2 fittest survivors braved a 12-day trek to seek help, saving those who remained. A total of 16 of the 45 people on the flight survived.

#10 – Climber Amputates His Own Arm to Save His Life

While climbing Utah’s Bluejohn Canyon, Aron Ralston found himself in a nearly impossible situation as a boulder came free, crashing down upon him and pinning his hand and forearm. The climber made considerable effort to pull free, remaining pinned beneath the rock for 5 days before he recognized that he had no choice but to do something drastic as he was out of supplies and would quickly succumb to dehydration. It was then that Ralston made a choice many struggle to truly understand, amputating his own right hand armed with nothing but a multitool. In order to do so, he had to first break the bone, then cut through the skin and tendons to free himself. His will to survive was strong enough, he found the courage to make a major sacrifice, but this courage saved his life.

It’s a situation that anyone living in a cold climate area has been warned about at one time or another, when extreme weather conditions can cause someone to be buried within their vehicle beneath the snow, off the beaten path, making it nearly impossible for others to spot. This is what happened to Jason Sede and his dog in the winter of 2010. The only supplies the two had to live off of was snow and Mountain Dew. Eventually, Sede would recognize that no one was going to find him, setting out on a 7-mile walk through the harsh weather to another road where he was rescued.

The odds of being struck by lightning are low enough that most of us wouldn’t dream of concerning ourselves over it, even lower when you’re looking at the likelihood of being struck 2 or 3 times, but what about 7? Roy Sullivan currently holds the Guinness World Record for most lighting strikes survived. While each strike did do some damage, costing him one big toenail, an eyebrow, his heart set on fire and burns to his stomach and chest among others, he walked away from each of the incidents with only mild injuries. Unfortunately, Sullivan eventually took his own life, however it had nothing to do with the lightning strikes. Rumor has it that he had been rejected romantically and was driven to suicide by his broken heart.