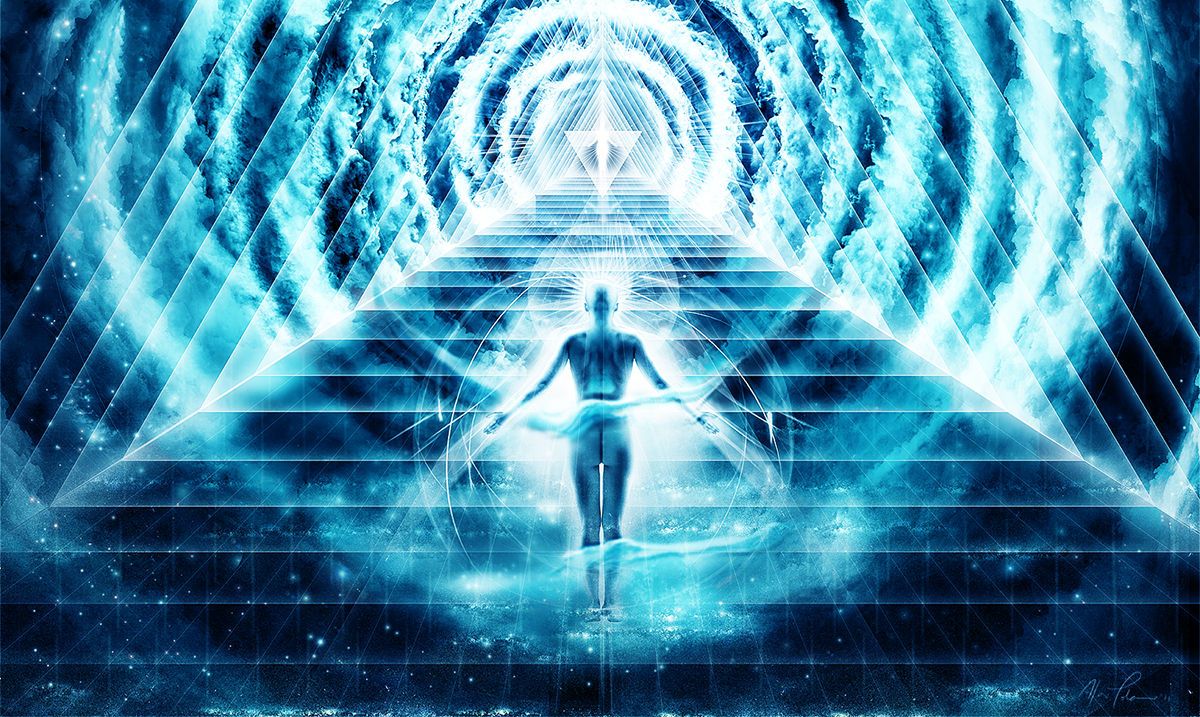 The topic of spiritual enlightenment and the path necessary to attain it has recently seen a resurgence, as more people work towards better understanding this important aspect of their lives. However, while we would love to find some secret key, it is not something that can be accomplished through intellectual efforts like reading, studying or logical thought.

So, what does this spiritual quest ask of us?

In recent years, we have seen a decline in the number of Americans that are following the teachings of organized religion but don’t allow that to convince you that we aren’t making our spiritual health a priority. There has actually been an important shift in the United States today, in which more people are considering their personal feelings of spiritual well-being, and trying to understand the wonder of the universe, rather than focusing on any one religious doctrine. In fact, according to a Pew Research poll, approximately 59% of Americans feel a ‘deep sense of spiritual peace and well-being’ at least once a week.

This quest for spiritual understanding is highly unique, but there are certainly some similarities for person to person. It will call on you to slow down and do some serious self-reflection. Just how well do you understand your own spiritual state today? Have you established any sense of balance between your spiritual health and the other aspects of your life, including your physical and mental health? If not, don’t worry! Acknowledgment is merely a necessary first step to open your mind and begin this all too important journey.

The term ‘spiritual enlightenment’ has been used in many different ways, each with a slightly different definition and overall meaning, making it difficult to narrow down exactly what it refers to. However, one accepted definition, and arguably one of the easier to understand and put into practice, is that spiritual enlightenment is “the complete dissolution of one’s identity as a separate self with no trace of the egoic mind remaining.” According to this definition, it would mean completely letting go of all selfish ‘me-focused’ aspects of your mind, tapping into the energy of the Universe and the ‘bigger picture’, allowing it to guide your thoughts and actions. The difficulty in reaching this ultimate goal is the reason that, while many will set out on the path to spiritual enlightenment, so few every fully reach it.

But don’t let this discourage you! The path to spiritual enlightenment is arguably just as important as this final destination, taking you through a series of stages, or dimensions, in which you slowly let go of your need to be self-focused, tapping into our spiritual beliefs and values and evolving into a better version of yourself. It’s a journey that will help you to find peace and true happiness in your life today.

Are you setting out on this spiritual path to true enlightenment? If so, prepare to experience each of these 12 dimensions along the way:

The first signs of awareness, this is the initial inspiration to travel along this path. You may wake up one morning feeling as though someone or something has planted a seed in your mind, encouraging you to stand up and take the first steps of this journey. Without this first step, the journey would never begin, making this dimension incredibly important.

As you begin to sense life at this level, you will start to tap into the information of the Universe. This doesn’t require any deeper understanding or reasoning, but rather an awareness and acceptance, which is why both the plant life around us and the lower resonating members of the animal kingdom all reside in this dimension. Here we understand our most basic needs for survival, such as food, shelter, water, and oxygen.

Moving into the next dimension, this is when the conscious mind first comes into play. Rather than being driven by our biological need for survival, our spirituality starts to take form as we actually start to ‘think’ about the worlds around us. Those who possess this ability to take their understanding one small step further, resonating at a slightly higher level than those in the 2nd dimension will shift to this stage. However, it would be jumping the gun to say you have any true understanding of the universe or recollection of your past lives here. You simply recognize there is something more.

The 4th dimension is one that you have likely heard about at one time or another if you have been studying spirituality, even if you don’t realize it. The realm of time, this dimension is better known as the ‘Astral Plane’. This is the stage in which we can tap into our subconscious time, moving through our dreams or mediation. It is here that we first tap into the idea of our more advanced psychic abilities, exploring our deeper connection with the Universe even if we fail to understand it.

The shift into the 5th dimension is an incredibly important one, as this is the realm of the spirit. It is at this dimension that we truly tap into our awareness of our spiritual self and start to take the necessary steps to connect with it. We will start to sense that there is more to our lives and our existence than just the world we know, truly recognizing, for the first time, our ‘higher selves’.

As you start to better understand, connect with and listen to your spirit, you will then move into the 6th dimension or the realm of the soul. Here, you start to take your mind and logical thought out of the picture instead, surrendering to the soul itself and its evolution. In doing so, you start to acknowledge it’s power and incredible capabilities in this life. This is the first stage where you start to see yourself as an actual ‘spiritual being’.

Now that you are starting to accept the incredible possibilities of your spiritual self, the realm of infinity, or the 7th dimension, is the point in which the evolution of the soul starts to become your focus. Don’t fall into the trap of trying to understand this and guide it on a logical level, allow your soul itself to lead the process.

The first time in which you start to sense true balance in your life, the 8th dimension is the point in which all understanding, knowledge, and acceptance from dimensions 1 through 7 come together and unite. This is the stage in which you tap into the true Universe itself, releasing yourself of your physical self. It is only achieved through reaching full cosmic consciousness. Only those who reach advanced stages of spiritual awakening will reach this dimension.

The next dimension is one that exceeds the existence of humanity in the Universe, this is considered to be the realm of God. In order to exist in this dimension, one would have to possess a God Consciousness. If you do subscribe to a specific religious belief, you may look to a specific God for guidance in your life. This is the dimension that they would be living at in order to possess this level of connection and understanding of the Universe.

It is hard for some to exist, but the state of God Consciousness is not the greatest dimension. In fact, moving into the 10th dimension means an understanding and connection with more than just the Universe we exist in and the consciousness responsible for its existence. This is the realm of the Multiverse.

In the 11th dimension, all possible Multiverses come together and unite for a greater level of connection and understanding. This is known as the ream of the Omniverse.

The greatest dimension in existence, the 12th dimension is the realm of love. The energy and vibration of this dimension have the ability to reach down and touch all who exist in every dimension below this one, connecting everything from the lowest vibrating plant to the very energy of the omniverse. It is the true ‘Source Consciousness’, the greatest frequency in existence. This doesn’t refer just to the romantic or physical feelings we associate with love when existing at our lower dimension. This Love Consciousness is so much greater, a catalyst and basis for all existence.