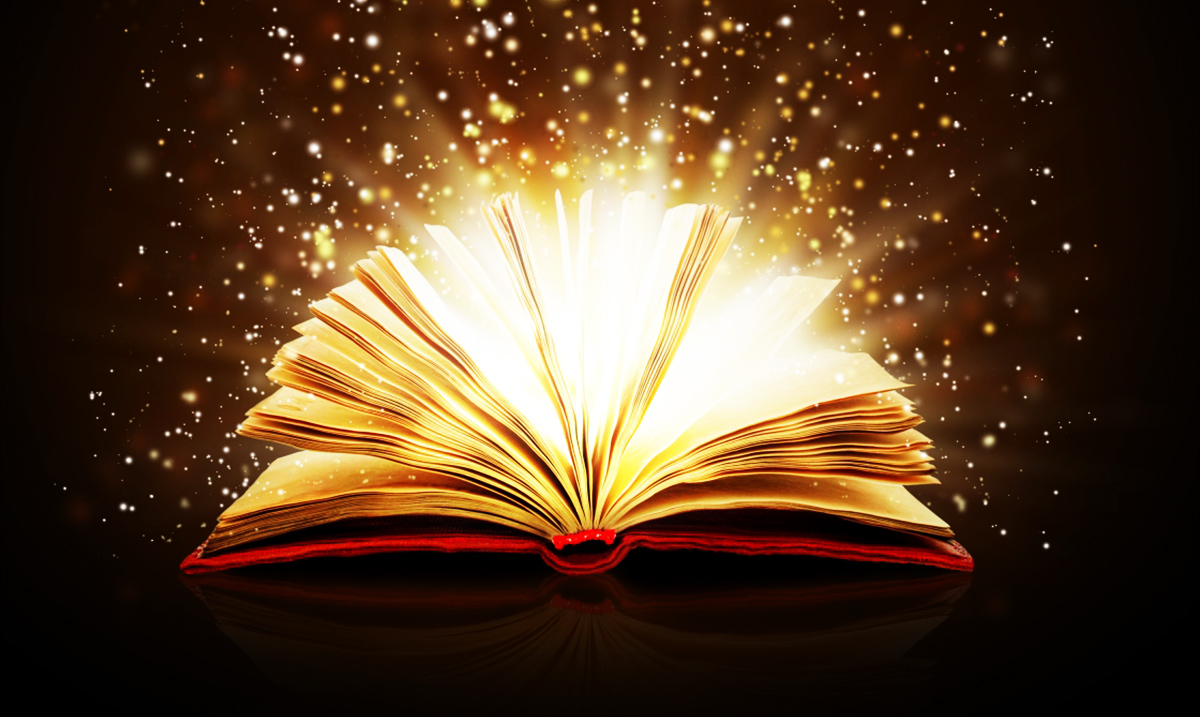 11 Superstitions That Are Actually True Examples of Magical Knowledge

By Elizabeth DeVille November 26, 2018 No Comments

While not everyone truly buys into the ideas of superstitions today, you may not realize just how often we allow these beliefs to find a place in our lives. Take, for example, the athletes who refuse to shave their beards until after the big playoff game, or the lucky charm that you hold so closely in your pocket.

While most of us will refer to superstitions or include them in our lives at one point or another, there are a lot of mixed emotions involved. In fact, only 25% of Americans reported in a Gallup poll that they are either ‘very or somewhat superstitious’. However, what would you say if someone were to tell you that many of the superstitions that you see as nothing more than entertainment may actually have been created based on the existence of true magic?

Check out these 11 superstitions that are actually examples of magical knowledge:

If you’ve ever found yourself worried about the potential implications of a black cat crossing your path, there may be facts to support your concerns, however, it’s not quite what you think. Yes, throughout history the black cat has had a close connection to the changing of omens, but not just bad omens. There are many situations throughout history and even in various places today where the belief that cats, even black cats, can bring good luck to those who meet it or possess it.

In fact, if you trace back this belief to that of the Druids, you will find that cats, in general, can be associated both with good and bad changes in our lives. So, how did they get such a dark and sinister reputation? Druid lore explains that black cats are actually human beings that are being punished for evil deeds that they have committed. Their punishment – being forced to live in cat form.

#2 – Tossing Salt to Ward Off Evil

Salt has long been used by those who are familiar with the concepts of positive and negative energy. By leaving salt out in a room you can actually remove dark or toxic energies, as it absorbs these negative influences, trapping them. Salt has also been used to ward off evil by pouring it across windows and doorways, sealing off a room or building.

One that is often laughed off as nothing more than an old wives’ tale today, you may be surprised to know that there is some truth behind the warning not to walk under a ladder. However, it’s not what you might expect. The bad omen that is associated with this action actually has nothing to do with the ladder itself, it could just as easily be applied to walking under a pole in the same position. The placement of the ladder creates a triangle, a ‘sacred triangle’, and to walk through it disrupts the spiritual energy that this powerful shape creates. Therefore, by walking under the ladder you aren’t necessarily creating bad luck, you’re disrupting the existence of good energy.

#4 – Garlic to Protect Against Evil

When faced with the fear of evil invading our home or our lives, one of the best-known approaches for keeping ourselves safe is to hang garlic to ward it off. However, is there some truth to this action? The incredible energy carried by garlic has long been recognized. Ancient Egyptians would bury garlic shaped lumps of clay in the tombs of their Pharaohs to keep them safe heading into the afterlife.

The garlic plant has close ties to the planet Mars, a planet known for its ties to courage, war, aggression, and passion.  This energy is the reason why garlic has been found to be so effective fighting off bad luck, evil spirits, and other bad karma. This can be done by keeping the garlic close at hand, hanging it around your home, wearing it around your neck (although that’s not exactly the fashion statement that many will go for) or consuming it.

As a child, have you ever taken a dandelion when it is in full seed, making a wish and blowing upon it to watch as the seeds fly off into the abyss? Today, many view the dandelion as nothing more than a weed, inconveniencing us as it takes over our yards. However, those who practice witchcraft recognize that this plant holds great power. The magic and energy associated with dandelions are said to bring ‘opening and cleansing’ properties, including opening doors for our greatest wishes to come true. When you make your wish and blow upon the dandelion seeds, you are putting your intentions into those seeds, releasing your wish into the Universe. Releasing your wishes in this way is putting them in the hands of the greater spirits and powers of the Universe, trusting that it will provide, an action that is often greatly rewarded.

#6 – Cover Mirrors Before Going to Sleep

This is a belief that is less accepted today than it used to be, however, that doesn’t mean it has disappeared. Fearing the reach of spirits that may want to harm us, witches and those who are in tune with the spiritual world warn that you should cover mirrors prior to falling asleep as that is when you are at your most vulnerable, lowering the barrier between your physical self and the Astral Plane. Some even go as far as transporting to the Astral Plane in our sleep. The biggest concern that witches were concerned about was what would happen if the projection of yourself in the Astral Plane were to see your reflection. This could cause a startled or impulsive reaction, snapping you instantly back to your physical body. The sudden return to your body can cause negative long-term effects. By covering the mirrors, they allow themselves to travel the Astral Plane safely.

#7 – Tossing Coins in a Fountain

If you have a fountain in your local hometown, you’ve likely noticed a large collection of coins collecting within it. In fact, the practice is so common that some larger attractions have tried to enforce rules banning the tossing of coins with the idea of keeping the fountain clear. It is said if you make a wish and toss a coin in the fountain, your wish will come true.

The idea can be traced back to the existence of spirits within the water, each with incredible power to change and influence our lives. By tossing a coin, you are giving an offering to the spirits in exchange for their good favor. However, it is said that many spirits pay careful attention to the energy that coin may carry. For this reason, be sure that you have the best of intentions when you are making your wish, charging it with positive and well-meaning vibrations.

This is easily one of the best-known superstitions, an action that we take in the event that we may have done something to bring on bad luck, ‘cursing’ ourselves. For example, If you announce that you are relieved that it’s not raining on your big day off just as the day gets started. Out of fear that you may have, in fact, cursed the weather to rain to come we are taught to then ‘knock on wood’ to ward off the bad omen.

This started with the belief that within every tree is a spirit, capable of protecting and caring for us. When faced with a serious ill omen in the past, a Priest or Priestess would then summon this spirit, calling on them to step up and care for their people. This could also be done to bring on good luck for a specific group of people. The summoning process involved knocking to awaken the spirit. Today we knock on wood mimicking this process, calling on the spirits of the trees to protect us from any bad omens we may face.

If you’re considering the best approach to bring good luck into your life, then the lucky four-leaf clover may be the first image to pop into your mind. A good luck charm that can be traced back through many different cultures, it is said that the first reference to the luck of these plants was in 1620 by the Druids. They believed that the clover held powerful energy and herbal magic, with the ability to help protect against violent spirits and bestow good luck upon those who possessed them. So, don’t give up your search for that four-leafed good luck charm!

Have you ever stopped to consider why you actually have to say ‘Bless you’ after someone sneezes? Throughout history, it is believed that sneezing involves the risk that the soul or spiritual self (depending on your religion or belief) may actually be expelled from the body. In order to protect oneself, a short incantation or blessing is said, increasing the chances that the individual will be spared and retain their soul. The most interesting part is looking at what is actually said for this purpose throughout various beliefs, from the Christian ‘God Bless You’ to the ancient Roman statement of “Jupiter Preserve You”! Some also believe that the direction you sneeze may actually be a message in and of itself, with these sneezes warning them of times of danger or bad luck, especially if someone were to sneeze to the left.

Easily one of the most widely recognized signs of bad luck in the world today, the number 13 has a pretty dark reputation. Hotels will even go as far as ‘skipping the 13th floor’ in order to avoid any unnecessary bad luck. In fact, it is estimated that approximately 10% of the U.S. population today is still afraid of the number. There are many historical references to the number 13, including the fact that the 13th guest to arrive at the Last Supper is the one who ultimately betrayed Jesus, or the appearance of Loki at the Valhalla dinner party makes him the 13th guest in Norse lore, a God associated with treachery and deceit. Those who study numerology, however, will tell you that there are some major implications associated with the various numbers that we encounter every day.