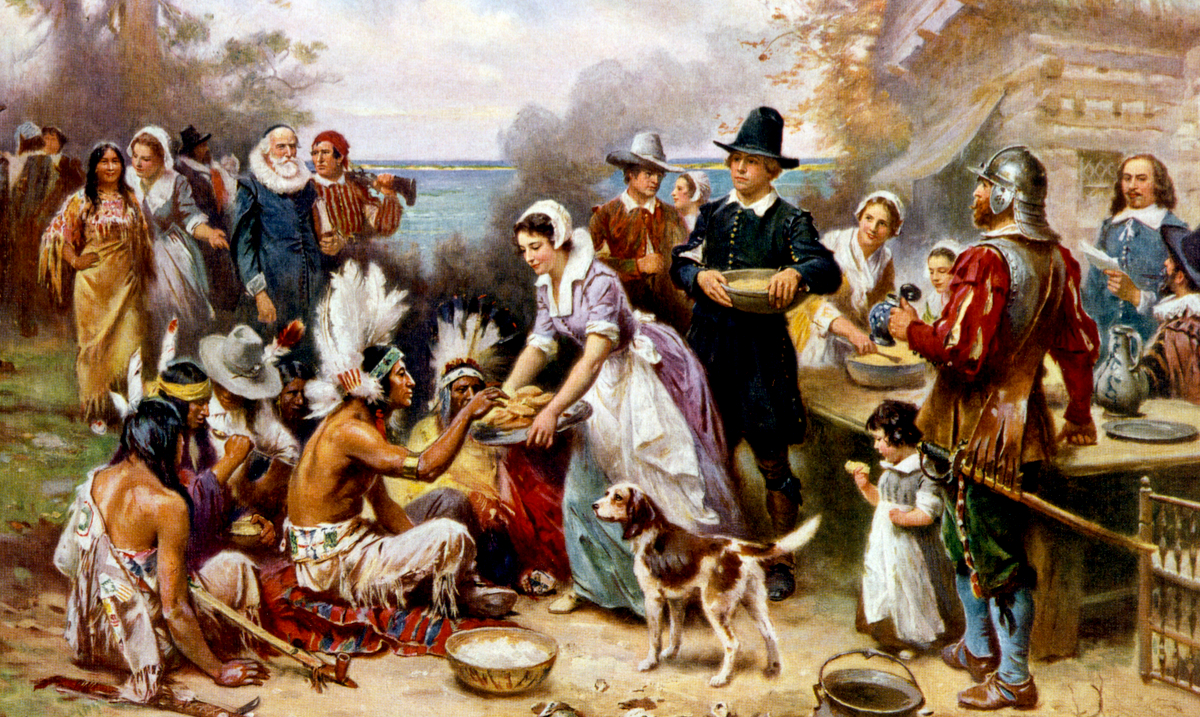 By Elizabeth DeVille January 8, 2019 No Comments

One of the incredible aspects of our society is the mind-blowing way that we continue to grow, change and evolve, with new inventions and discoveries at every turn. However, have you ever stopped to consider how this continual change may impact the information that kids are being taught in school?

It’s a little crazy to think about really, today’s children are being taught different information, different ‘facts’ than what we were told was true when we were in school. The facts aren’t always the facts. However, if you look at other areas of our country, it’s unbelievably clear!

Looking back throughout history, there was a time when it was believed that all diseases were the result of angering a deity or higher being, and they could cure with nothing more than a magic spell or incantation. What about in the 1300s when a bacterial infection plagued Europe, known as the Black Death – medical professionals at the time believed that it was the result of a specific planetary alignment. Imagine applying either of those outdated ways of thinking to today’s modern medicine? You’d be laughed out of the room!

Even wilder, look at the world of today’s modern technology. The changing face of computers, the Internet and cell phone technology is moving at such a rate, that the average person can witness the incredible evolution in their own lifetime. The face of the Internet as we know it today, the ‘World Wide Web’ which is responsible for the hyperlinks and websites we recognize wasn’t developed until 1990.

With all of these changes, is it surprising that the curriculum and the ‘facts’ in school have changed and evolved to keep up with the times?  You may be surprised, however, about some differences.

Here are 11 ‘facts’ that you were taught in school but are no longer considered to be true:

This is one of the best-known changes to the facts that we learned as children. Memes and jokes about this change continue to circulate social media, reminding us of the changing times. Pluto was considered to be the ninth planet of the solar system from the late 1800s right up until 2003 when an astronomer discovered an object that was larger in size than the little ‘planet’. This struck up a debate, what really constitutes a planet? Ultimately, Pluto simply wasn’t enough for the title and was demoted to ‘dwarf planet’.  This may change, however, researchers continue to debate the decision.

One of the best-known and most tragic stories coming out of the art world is the life of Vincent van Gogh, the painter who supposedly severed his own ear. However, new evidence has revealed that we have been fed a less than true story. In fact, the loss of his ear was the result of a heated argument with a friend and fellow artist, Paul Gauguin. While the details are largely unknown, and likely always will be, evidence shows that the Gauguin, a fencer, actually severed the ear with a sword.

This sounds like the kind of fact that would be obvious right, I mean, countries don’t change the date on which they break free as their own entities. However, when many of you reading this article were in school it was believed that the United States won its independence on July 4, 1776 – the basis for the American Independence Day. However, as historians have uncovered and pieced together more information, their understanding of what happened has changed slightly. Yes, the Declaration of Independence was adopted on July 4, 1776, but that didn’t actually mark complete freedom from Great Britain’s rule. The country wouldn’t actually be fully independent until the signing of the Treaty of Paris on September 3, 1783.

It has long been accepted that when you travel into space, the only man-made structure that you will continue to see is the Great Wall of China. The actual roots of this ‘fact’ are largely unknown, yet somehow it came to be accepted. However, in recent years it has been contested and proven to be false. The Great Wall of China is not, in fact, clearly visible from space. Sorry to disappoint you! Chinese astronaut Yang Liwei was the first to prove this in 2003. While you can catch a glimpse of the right conditions (like snow on the wall) at just the right distance with a powerful zoom camera, it cannot be seen by the unaided eye, and definitely is not visible from the moon as once believed.

The portrayal of the Salem Witch Trials has long included the burning of witches at the stake, once believed to be the go-to execution method for those found guilty of witchcraft. This is an image that we have seen portrayed across movies, television shows and in many books. However, as more documentation from the era has been discovered, it appears execution by burning at the stake was not nearly as common as we once believed. Instead, most witches that were sentenced to death were actually hanged.

While some of the points on this list are big, world-changing points, others are more specific and yet interesting facts. One of the more detailed points that we were taught in school was that George Washington wore dentures that were fashioned out of wood. Many people believed explained the somewhat awkward facial expressions in many depictions of him, as they obviously wouldn’t be a perfect fit. However, the truth is much darker. During the 18th century, slaves would often make a little extra money by selling their teeth to dentists. A set of the dentures that George Washington himself wore are currently in the possession of the Mount Vernon plantation house museum, and they are fashioned out of ivory and the teeth of his human slaves. In fact, there is even written evidence that he purchased the teeth, recording the purchases in his ledgers.

One of the most interesting beings to study in school was the chameleon, with its ability to change its color in order to camouflage in any environment, right? This fascinating creature has been the focus of many kids’ books and cartoons, portrayed in outlandish colors from neon pink to purple polka dot. New information about the chameleon, however, has shed new light on just why they change color and it’s not actually camouflage at all. They use their coloring to help control their body temperature, altering the amount of light they are absorbing or reflecting depending on the environmental temperatures at the time. Meanwhile, other evidence shows that their emotions also play a role.

This is one of those fun facts that you brag to your friends about simply because you know at least one person will make it their job to prove you wrong… How many times can a single piece of paper be folded? When we were children, the accepted ‘fact’ was that any more than 7 times was mathematically impossible, but a California high school student has now proven this wrong. Developing an equation, she proved that the key lies in how you go about folding the paper based on its size and thickness, setting the new record at 11. However, a group of students at St Mark’s School in Southborough, Massachusetts have taken this a step further, hitting a surprising 13 times.

#9 – The Hardest Substance On Earth

For a long time, it was accepted that the hardest substance in existence was that of a diamond, but this is no longer true. It’s not that the strength of the diamond changed in any way, or that we discovered we were measuring it wrong. In fact, the reason is much easier to accept than that – We simply discovered new substances that are harder. Not surprising in a world where we seem to be discovering new things all the time! There have been two confirmed substances discovered: wurtzite boron nitride which is 18% harder and lonsdaleite which is 58% harder. However, a third substance, nanotwinned cubic boron nitride, is currently being studied and may rank up there!

For the science nerds out there reading, this is a point that you may find to be interesting. This isn’t a ‘fact’ that has been proven wrong, but rather, information that has continued to grow and develop with time. It was once believed that there was a total of 3 kingdoms of existence (animals, plants, and bacteria), however, this was then expanded to include fungi and protists, making the 5 kingdoms of existence that most of us were taught in school. However, as we discover more beings, the need for more types of classifications has grown. Today, int eh United States, schools teach the 6 kingdoms of existence: plants, animals, protists, fungi, archaebacteria, and eubacteria.

#11 – Construction of the Pyramids

There is no question that the pyramids are incredible feats of construction, leading many historians to dedicate their career to better understanding their construction and the knowledge that was behind it at the time. At one time, it was accepted that the ancient Egyptians put Jewish slaves to work in their construction, a myth that has been portrayed in movies and television. However, experts say that ‘fact’ couldn’t be true for one very hard to refute reason – Jews didn’t exist at that period in history. Instead, they were built by poor workers who were actually believed to be treated quite fairly.