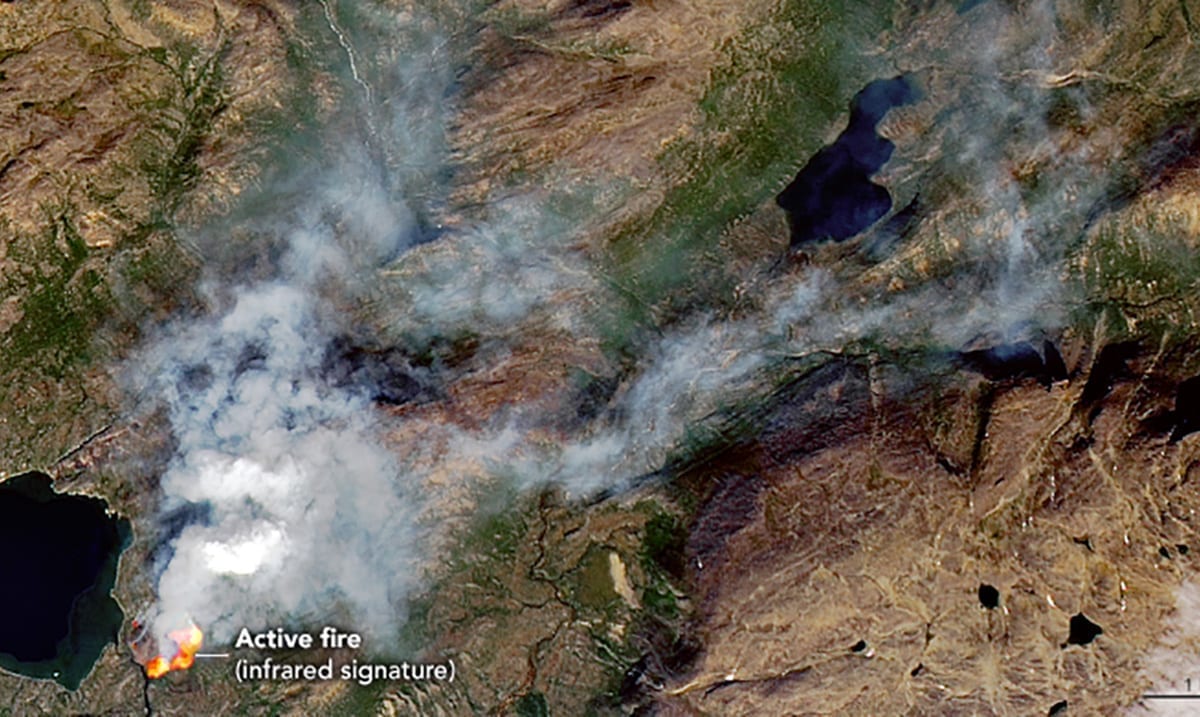 ‘Zombie Fires’ Might Have Reemerged In The Arctic Circle

When you think of the Arctic Circle you don’t likely think of hot weather or wildfires but well, both can be present in the area. While the Arctic Circle is made up of several different places, these places could be soon facing something known as ‘zombie fires’ once again.

Now, for those who do not know ‘zombie fires’ are something that comes after snowmelt on some occasions. You see while the wildfires from last summer were ‘put out’ they could have remained smoldering underground through the winter. Actually, Copernicus scientists have found strong signals of this being the case.

Just yesterday a statement was released on the topic and it has many quite concerned. In this, it was noted that when looking at the Arctic Circle wildfires for 2020 with data from GFAS ‘fairly typical’ fire activity was noticed but they are also expecting an increase as the next few weeks roll out. That an estimate we’ve heard before based on assessments from 2003-2019.

Part of that statement goes as follows:

“We know from the climate data provided by C3S that the Arctic Circle regions most affected by fires in 2019 were experiencing warmer and drier surface conditions, providing the ideal environment for fires to burn and persist,” explains Mark Parrington, CAMS Senior Scientist, and wildfire expert.

Signals that ‘Zombie’ fires might have reignited in the Arctic Circle are cause for concern as last year’s wildfires in the region were unprecedented, emitting an estimated 50 megatonnes of carbon dioxide in June 2019 alone– the equivalent of Sweden’s total annual emissions.

Mark Parrington explains: “We have seen satellite observations of active fires that hint that ‘Zombie’ fires might have reignited, yet it has not been confirmed by ground measurements. The anomalies are quite widespread in areas that were burning last summer. If this is the case, then under certain environmental conditions, we may see a cumulative effect of last year’s fire season in the Arctic which will feed into the upcoming season and could lead to large-scale and long-term fires across the same region once again.”

While this might not sound like much to some, it’s a big issue. As time continues to pass it feels like most areas are being affected by wildfires in one way or another. We’ve heard news of the Amazon burning, California seemingly always struggling with fires, and other places really getting it badly but chances are you didn’t know that these things even happened in the Arctic Circle. Sure, their origins are different but they are all still devastating fires nonetheless.