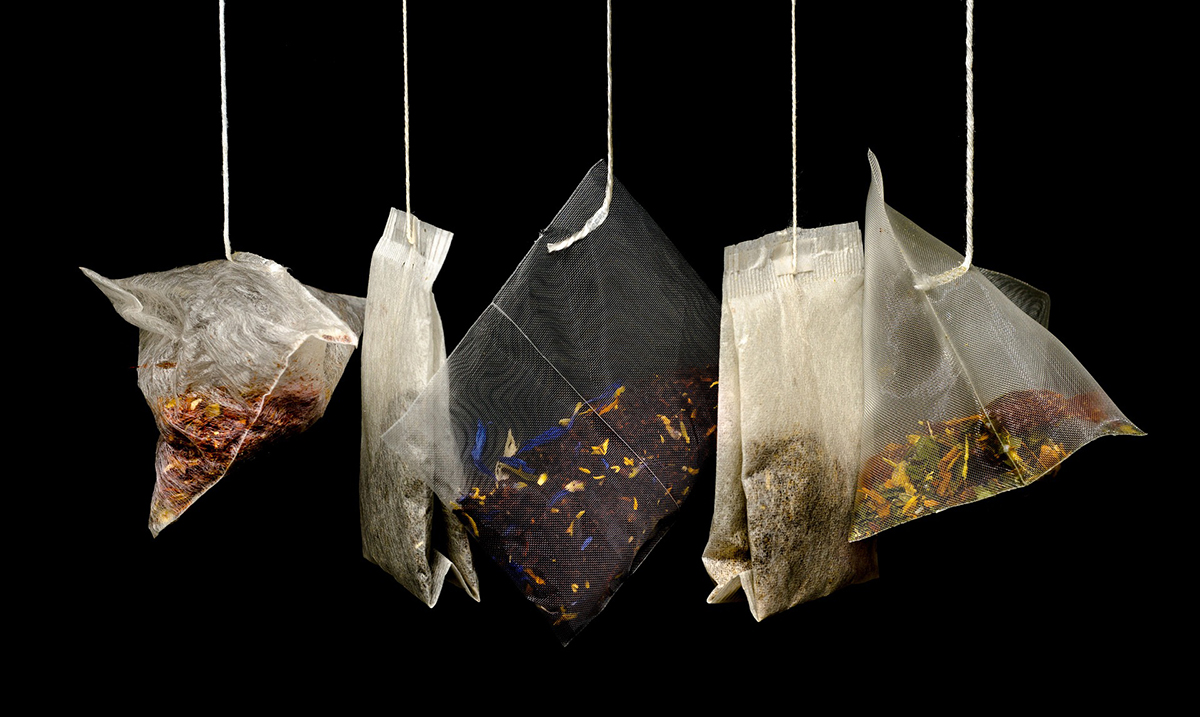 While tea is delicious it seems we should be paying more attention to the kinds we are buying. Some manufacturers have replaced their paper bags with what is referred to as ‘silken’ ones and those are not made of silk as you might assume them to be.

These silken tea bags are made of certain kinds of plastics usually nylon and PET. A study published in the journal Environmental Science & Technology looked into these tea bags and the possibility of contamination regarding plastic and leeching into our beverages. For this study researchers steeped four different types of commercially available ‘plastic’ teabags (having removed the tea). They placed them in water and heated it to about two hundred degrees Fahrenheit.

From here they used a microscope to look at the contents of the water and then also to look at the tea bags themselves. They were able to note that there were actually billions of microplastic/nanoplastic particles present in the water. That being said, we do not know if the presence of tea would have reduced this in any way and should keep that in mind moving forth.

These same researchers exposed water fleas to water containing different kinds of microplastics and observed their reactions to the ‘contaminated environment.’ While these water fleas did not die they did seem to show some abnormalities that might indicate the microplastics were affecting them in some ways. However, we do not know what kind of effects these microplastics would have or could have on us but there is no denying the idea that issues could be stemming from them. We should remember that the World Health Association in current times does not see microplastics within our drinking water as an issue.

The levels of nylon and PET released from these kinds of tea bags are quite higher than reported in other foods but as noted above there could be factors coming into play that we are not aware of. In a world overflowing with plastic waste, microplastics are quite present in almost every aspect of our lives. We can find them in snow, sea salt, and even honey. There is no escaping them in modern times.

The increasing presence of micro- and nano-sized plastics in the environment and food chain is of growing concern. Although mindful consumers are promoting the reduction of single-use plastics, some manufacturers are creating new plastic packaging to replace traditional paper uses, such as plastic tea bags. The objective of this study was to determine whether plastic teabags could release microplastics and/or nanoplastics during a typical steeping process. We show that steeping a single plastic teabag at brewing temperature (95 °C) releases approximately 11.6 billion microplastics and 3.1 billion nanoplastics into a single cup of the beverage. The composition of the released particles is matched to the original teabags (nylon and polyethylene terephthalate) using Fourier-transform infrared spectroscopy (FTIR) and X-ray photoelectron spectroscopy (XPS). The levels of nylon and polyethylene terephthalate particles released from the teabag packaging are several orders of magnitude higher than plastic loads previously reported in other foods. An initial acute invertebrate toxicity assessment shows that exposure to only the particles released from the teabags caused dose-dependent behavioral and developmental effects.

To look at this study yourself please click here.

Image by Rudy and Peter Skitterians from Pixabay