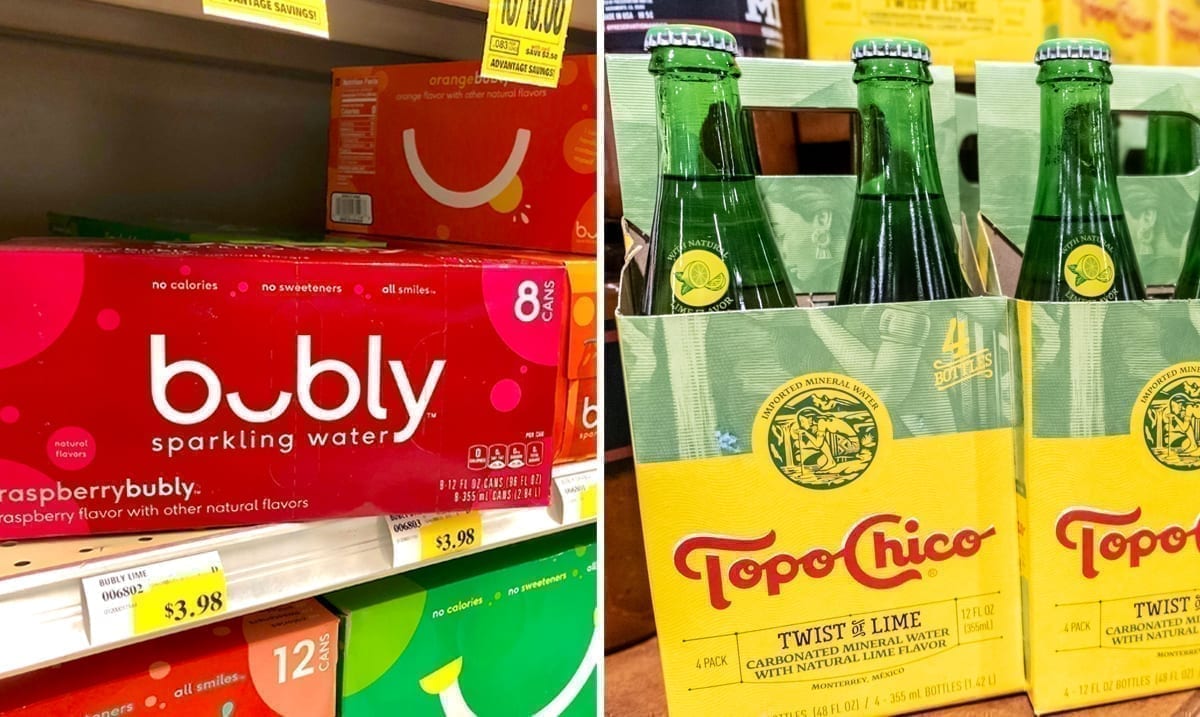 Your Sparkling Water Could Contain Chemicals Linked To Eczema, Cancer And Even Birth Defects

By Gerald SinclairJanuary 21, 2021No Comments

While a lot of people turn to sparkling water as a means of cutting back on soda but still getting that carbonation, perhaps they shouldn’t be doing this at all. When it comes to the things we drink, we might not be as careful as we hope we are.

According to Consumer Reports who did a study on PFAs and their presence within bottled waters both carbonated and bot carbonated, more PFAs were found present than most would expect. For those who do not know, PFAs are something known as perfluoroalkyl substances. They are man-made chemicals that while have uses can cause some interesting and saddening/uncomfortable issues. There are lots of adverse health impacts that have throughout the years been associated with PFAs some of which according to CNN are things like cancer, hormone suppression, obesity, and even liver damage. Yes, they can be dangerous depending on the levels you’re ingesting.

It has also been found that they can contribute to/bring forth eczema which if you’ve ever experienced eczema you know how embarrassing and frustratingly irritating skin conditions as a whole are. That research carried out by consumer reports noted that when it comes to sparkling water some of our favorite brands might have more PFAs present over 1 PPT than you’d assume. For instance, La Croix holds 1.16 and Bubly 2.24. I know, that might not sound like much but if you like Topo Chico you’re looking at 9.76.

All carbonated water that CR tested fell below legal limits for heavy metals, and none had arsenic levels above CR’s recommended maximum of 3 parts per billion. But many products had measurable amounts of PFAS.

There are a few possible reasons. Phil Brown, at the PFAS Project Lab at Northeastern University in Boston, says the carbonation process could be a factor. The source water could also have more PFAS, or treatment used by some brands doesn’t remove PFAS to below 1 part per trillion.

CR heard back from all companies with PFAS levels above 1 ppt, except for Bubly. La Croix and Canada Dry said levels in their products were well below current standards or requirements. Topo Chico, made by Coca-Cola and with the highest PFAS levels in CR’s tests, said it would “continue to make improvements to prepare for more stringent standards in the future.” Nestlé, maker of Poland Spring and Perrier, said that its recent testing did not detect PFAS and that it supports efforts to set federal limits. LaCroix and Polar challenged how CR arrived at our total PFAS amounts. For details, read CR’s methodology for testing bottled water (PDF).

Brian Ronholm, CR’s director of food policy, says that PFAS in carbonated water highlights the need for the federal government to set science-based limits for PFAS compounds in tap and bottled drinking water. “The fact that so many brands had total PFAS below 1 ppt shows it is feasible to get to more protective levels,” he says.

I know, this might not be as interesting to some people but it is something to be aware of. If you’re having issues maybe you should consider that there are things driving them that you might not think about often. PFAs are something I have as of late been working to be more aware of. To learn more about PFAs and water in general take a look at the video below, they’re not only present in sparkling water.