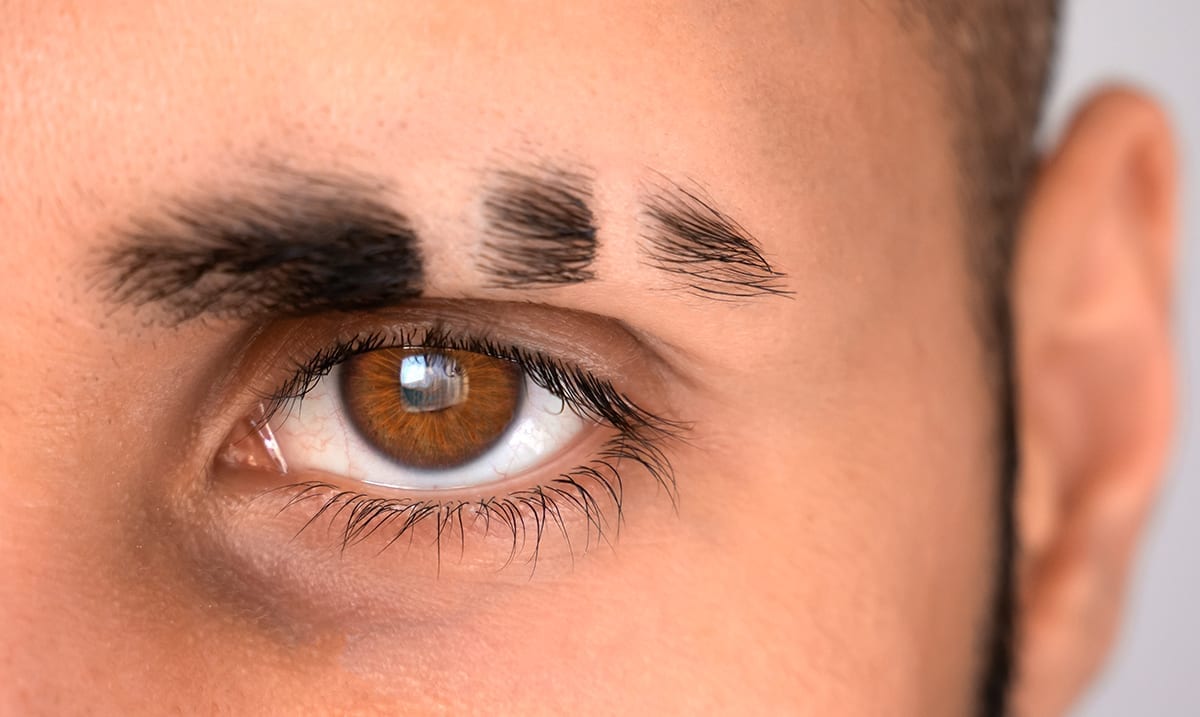 While it might not point them all out looking to a person’s eyebrows might help identify whether they are highly narcissistic or not. Perhaps the thickness of a person’s brow says more than you’d think.

For those who might not know, a narcissist is someone who lacks empathy for others, comes across as quite arrogant, is very self-centered, and quite charming. They are often people who dress lavishly and are surrounded by other people. Most like them more than you’d assume as they seriously know how to draw others in.

A seemingly recent study carried out by Miranda Giacomin and Nicholas O. Rule worked to examine participants’ perceptions of target faces as a whole and determine cues that help identify narcissists in the eye region. Their results were confirmed through using image manipulation. Due to this, they could identify those who might be grandiose without allowing their charm to show.

The method going as follows according to their publication:

In Study 1, we explored the face’s features using a variety of manipulations, ultimately finding that accurate judgments of grandiose narcissism particularly depend on a person’s eyebrows. In Studies 2A–2C, we identified eyebrow distinctiveness (e.g., thickness, density) as the primary characteristic supporting these judgments. Finally, we confirmed the eyebrows’ importance in Studies 3A and 3B by measuring how much perceptions of narcissism changed when swapping narcissists’ and non‐narcissists’ eyebrows between faces.

The ways in which narcissism was perceived changed drastically when brows were swapped. Their data showing that by taking the eyebrows into account we could identify narcissistic personality traits. This was quite interesting as past research found that other facial cues were clear as well. Brows provide a high-contrast line that can reveal involuntary expressions and gestures even from far away.

Psychology Today actually wrote as follows regarding this:

Eyebrows may be particularly important to people high on the personality trait of grandiose narcissism. Why? Because they have a strong desire for admiration and recognition and, as a result, might “seek to maintain distinct eyebrows to facilitate others’ ability to notice, recognize, and remember them; thereby increasing their likability and reinforcing their overly positive self-views.”

Eyebrows also influence mate selection and attractiveness; plucking, waxing, coloring, Botox injections, and permanent tattooing are some examples of how people attempt to accentuate the fullness and the arch of the brow.

And given that narcissists are very competitive and often successful in mate selection (mainly when it comes to acquiring short-term sexual partners), their eyebrows could “signal this prowess to others.”

Perhaps our brows reveal far more than we might usually assume. Our brows could reveal just how dark our personalities truly are. Sure, this might not be true for everyone with ‘distinctive eyebrows’ but it does raise some questions.

The publication went on to write as follows in their conclusion:

Together, these data show that distinctive eyebrows reveal narcissists’ personality to others, providing a basic understanding of the mechanism through which people can identify narcissistic personality traits with potential application to daily life.

While not every single person with bushy brows will end up being a narcissist these findings are hard to argue with. Perhaps there truly is more to the eyebrow than most realize. What do your brows say about you?