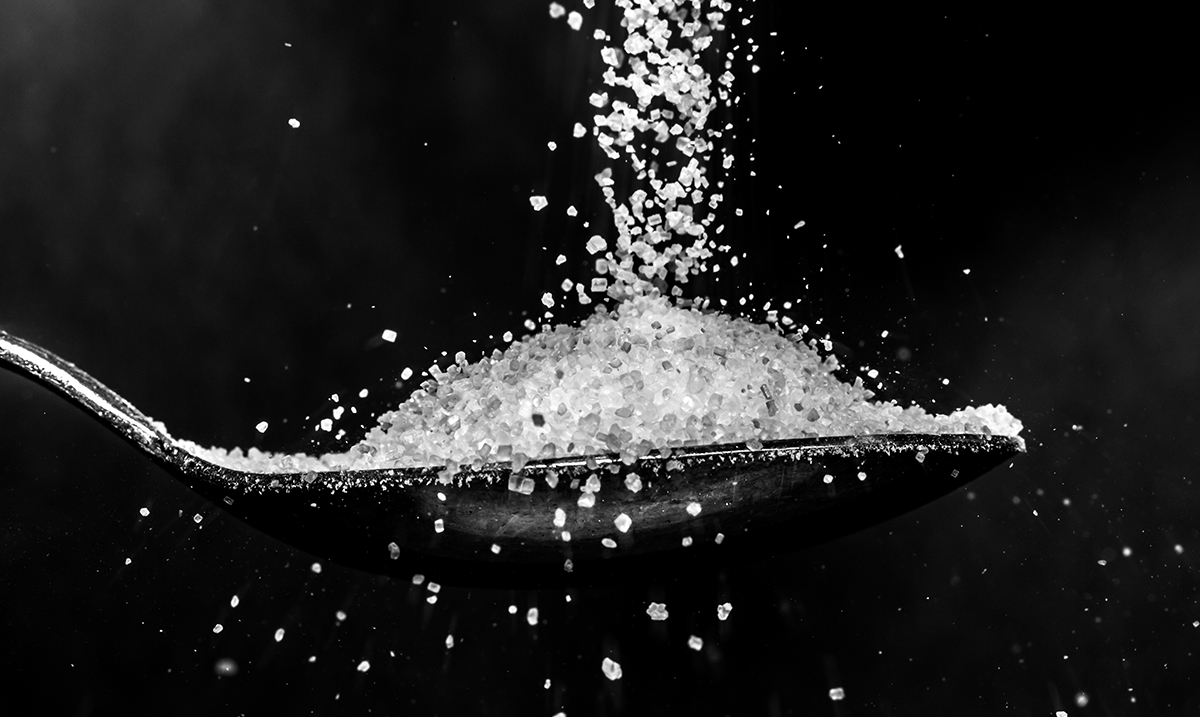 We all use salt in most of the things we cook, right? Chances are you have some sitting on your kitchen table right now but the truth is that salt isn’t just salt.

A study from 2008 published in the journal Environmental Science & Technology seems to suggest that the average adult ingests over two thousand microplastics each year because of how present plastic is in our world’s waters. For this study researchers examined 39 brands of salt that are sold in 21 countries. Only three of these salts did not contain the microplastics. That being said, it’s important to note that the salts they were looking at were sea salts.

For many this regarding sea salts could be mind-blowing because sea salt is seen as a ‘healthier’ option in relation to table salt. While table salt has in the past also been found to hold microplastics this study going over sea salts was quite intense and worth sharing. It should also be mentioned that this study did for some reason not list the brands they used for their findings.

Previous studies have identified microplastics (MPs) in commercial table salts but could not exactly address the origin of the MPs because of several limitations. The present study is based on the hypothesis that commercial sea salts can act as an indicator of MP pollution in the surrounding environment unless the MPs are filtered out during the manufacturing process. A total of 39 different salt brands produced at geospatially different sites, including 28 sea salt brands from 16 countries/regions on six continents, were investigated. A wide range of MP content (in number of MPs per kg of salt; n/kg) was found: 0–1674 n/kg (excluding one outlier of 13 629 n/kg) in sea salts, 0–148 n/kg in rock salt, and 28–462 n/kg in lake salt. Relatively high MP content was identified in sea salts produced in Asian countries/regions. The abundance of MPs in unrefined sea salts (n = 25) exhibited significant linear correlations with plastic emissions from worldwide rivers (r2= 0.33; p = 0.003) and with the MP pollution levels in surrounding seawater (r2= 0.46; p = 0.021) in the published literature. The results indicate that not only is Asia a hot spot of global plastic pollution, as previous studies have suggested, but also that sea salt can be a good indicator of the magnitude of MP pollution in the surrounding marine environment.

This is something that should be a shock to many but is a reality we need to be aware of. The highest number of contaminated salts were coming from places in Asia and as someone who doesn’t want to eat plastic this information that NEEDS to be shared. Of course, we don’t know what kind of damage is being done to our bodies from ingesting these microplastics but as of right now most deem them find for the time being. Sure, as we continue to find more and more particles present and they build up within our bodies issues may come forth but so far, none have been found.

Mikyoung Kim Greenpeace campaigner (collaborators on the study) said as follows in a press release:

“Recent studies have found plastics in seafood, wildlife, tap water, and now in salt. It’s clear that there is no escape from this plastics crisis, especially as it continues to leak into our waterways and oceans,”

“We need to stop plastic pollution at its source. For the health of people and our environment, it’s incredibly important that corporations reduce their reliance on throwaway plastics immediately.”

In order to limit our exposure to these microplastics, we need to target them. Preventative measures need to be taken. What do you think about this? While the amounts of plastic within the salt varied depending on the brand so many even having it present is seemingly horrifying. When you think of salt overall you under normal circumstances would never think that there would be a chance of plastics even on a microscopic level to be present, right?

Sure, sea salt is fancy and beneficial but that doesn’t change the fact that it in most cases is contaminated with microplastics. We for many reasons cannot seem to get away from microplastics as a result of our extreme plastic production. Even your average table salt has been noted as containing microplastics as explained near the end of the video below.  This whole thing highlights concerns and brings forth a lot of questions. Microplastics are something that we need more research present on, as time passes we are noticing that they are much more present in the world than we otherwise would assume.

While we do not know what this could mean for our bodies and health in general as time goes on but I doubt it’s good. Are you okay with eating plastic? Take a peek at the video below to learn more about all of this.

Over 90% of sampled salt brands globally found to contain microplastics