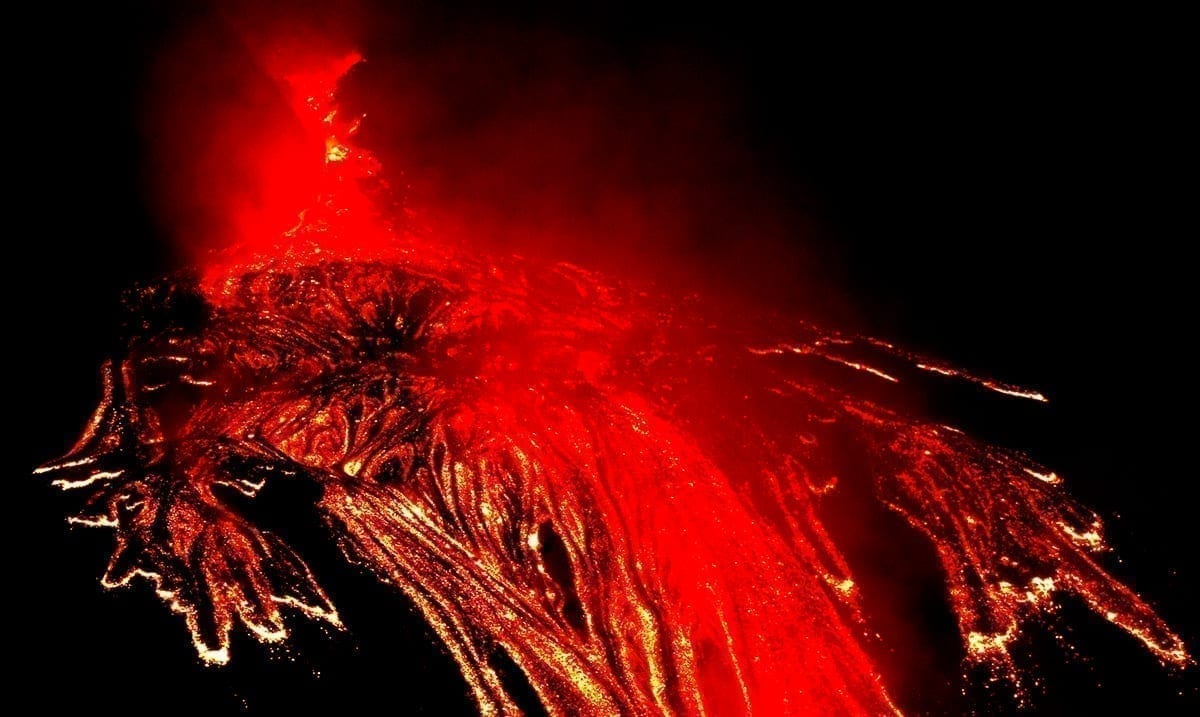 Yellowstone Overdue For An Eruption? The Supervolcano That Could Change The World

There is no denying that 2019 was full of tons of different news of Yellowstone and some of it was quite scary depending on how you see things. While lots of people say that there is little to no risk of an eruption anytime soon, others are not so convinced.

Whether or not this volcano were to erupt anytime soon, the fact that any kind of eruption from it would kill tons of people is quite alarming no matter how you look at it. Back in 2019, one thing that made a lot of headlines was Bryan Walsh’s book ‘End Times’ which went over a potential eruption from the Yellowstone supervolcano, and well, I guess you could say in that sense also had some panicking.

While some research does suggest Yellowstone is overdue for an eruption, it still doesn’t mean that coming eruption would happen anytime soon, and with more and more research being done all the time we should all be quite content in knowing that an eruption is extremely unlikely in our lifetime. According to the USGS if you break things down in numbers we’re still about 100,000 years off from another eruption if that were to mean anything at all.

All of this having been said, that doesn’t stop people from freaking out every time a cluster of earthquakes is reported in the area. Just because the chances of an eruption exist at all doesn’t mean they’re going to play out they’re smaller than a million to one and well, those odds are something I don’t have much issue with. No, we cannot convince everyone that this volcano isn’t about to burst but if you’re willing to look at the science, you’ll see that things are not what most want to assume.

Walsh and many others believe we should be using more resources to try and keep this kind of thing in check as while we can guess as to when it may blow once again, we never truly know when things will come forth. It could erupt tomorrow or it could erupt 300 thousand years from now. We just don’t know when things will happen and that in itself for some is quite horrifying.

Walsh actually wrote in the NY Times on this topic back in August of 2019 and well, his words are quite intense as you can read below:

If you’re planning to visit Yellowstone National Park this Labor Day weekend, I have good news: It is very, very, very unlikely that the supervolcano beneath it will erupt while you’re there.

The Yellowstone supervolcano — an 8 out of 8 on the Volcanic Explosivity Index — has erupted three times over the past 2.1 million years, most recently 640,000 years ago. A Yellowstone eruption would be like nothing humanity has ever experienced.

First would come increasingly intense earthquakes, a sign that magma beneath Yellowstone was rushing toward the surface. Then magma would burst through the ground in a titanic eruption, discharging the toxic innards of the earth to the air. It would continue for days, burying Yellowstone in lava within a 40-mile radius.

A bad day at the park. But the devastation around Yellowstone would be just the beginning. Volcanologists believe a Yellowstone supereruption would bury large swaths of Colorado, Wyoming, and Utah in up to three feet of toxic volcanic ash. Depending on the weather patterns, much of the Midwest would receive a few inches, too, plunging the region into darkness. Even the coasts — where a majority of Americans live — would most likely see a dusting as the ash cloud spread. Crops would be destroyed; pastureland would be contaminated. Power lines and electrical transformers would be ruined, potentially knocking out much of the grid.

That’s just the United States. Modeling by meteorologists has found that the aerosols released could spread globally if the eruption occurred during the summer. Over the short term, as the toxic cloud blocked sunlight, global average temperatures could plunge significantly — and not return to normal for several years. Rainfall would decline sharply. That might be enough to trigger a die-off of tropical rain forests. Farming could collapse, beginning with the Midwest. It would be, as a group of researchers wrote in a 2015 report on extreme geohazards for the European Science Foundation, “the greatest catastrophe since the dawn of civilization.”

Now, from there he went over how this whole ordeal would affect the world and broke down some of the risks of catastrophes that could come of such an eruption as a whole. He notes that while the eruption of a supervolcano would be unlikely it’s not impossible and that we as the public need to be aware of the difference between those two words. I guess that in itself is worth letting sink in within reason.

To learn more about what could happen in the rare and unlikely event that this supervolcano were to erupt take a look below. While no one can seem to agree on whether or not enough is being done, I for one think the volcano itself is quite terrifying but nothing to be alarmed about at this present moment. Things like this are always going to be making their rounds when it comes to headlines and we need to figure out where we stand for ourselves. Sure, it might be overdue but it also might not and at the end of the day we shouldn’t lose sleep over it.