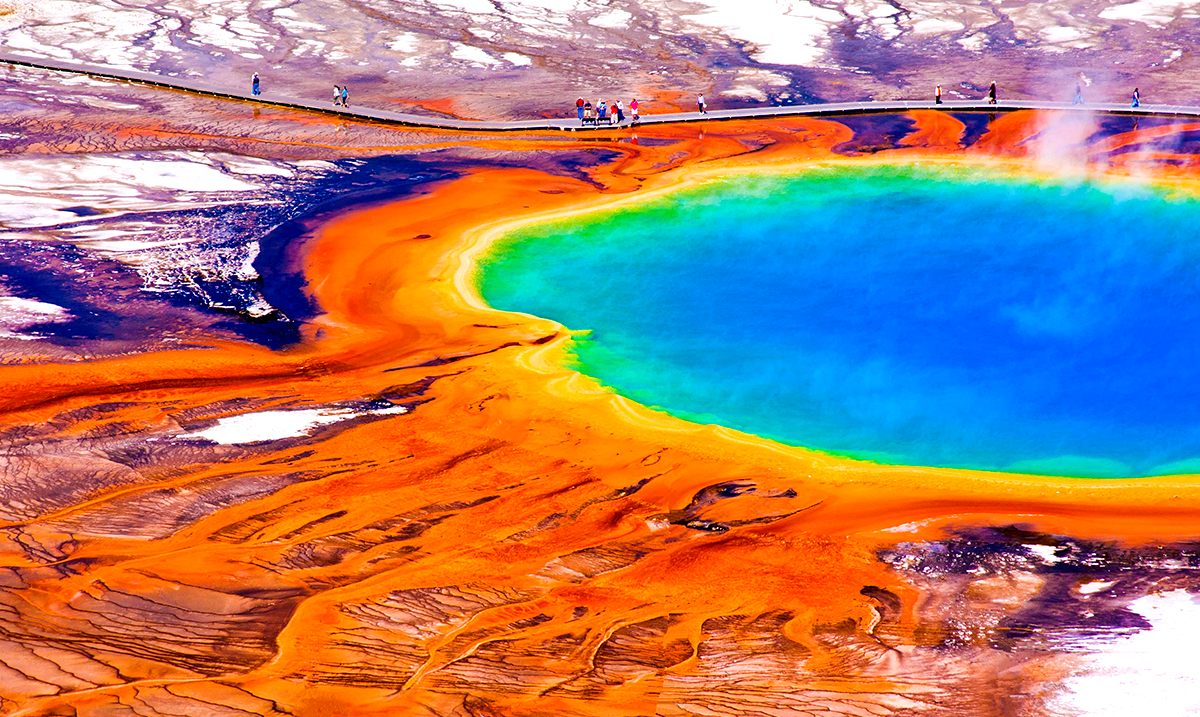 Yellowstone National Park Rocked By 81 Earthquakes In The Last Month – What Is Happening?

Once again we are facing swarms of earthquakes at Yellowstone National Park. While most are not very big the numbers are quite shocking.

For anyone who might not be aware Yellowstone National Park here in the US is a supervolcano and while not considered a ‘threat’ by most, if it were to erupt would completely change the world as a whole and kill far more than you could ever imagine. USGS monitors this volcano closely and is always very active on their website with updates. Right now it seems one of the most important ways to keep up with the volcano itself is to monitor seismic activity and that is exactly what these researchers and scientists are doing.

There has just this month as well been a strange update in regards to the NP itself. According to The Express, USGS scientists used thermal mapping from NASA’s telescopes in space to measure surface heat and monitor changes or ‘abnormal anomalies.’ In doing this a map using ASTER was created that showed the regions in which abnormal amounts of heat was being released.

It is important to note that during the current swarm of earthquakes the Steamboat Geyser which is not usually active, is active. It erupted twice in succession on the 12th and 15th of this month which has people/researchers wondering why. All of this seismic activity is more than enough to put those who know the damage that could occur on edge. Earthquakes could eventually spark an eruption that literally blows us all away.

In regards to earthquake swarms the USGS wrote as follows:

“Earthquake swarms (earthquakes that cluster in time and space) account for about 50 percent of the total seismicity in Yellowstone and can occur anywhere in the Yellowstone region, but they are most common in the east-west band of seismicity between Hebgen Lake and Norris Geyser Basin.

Most swarms are small, containing 10-20 earthquakes, and short, lasting for 1-2 days.

However, large swarms that can contain 1,000’s of earthquakes and last for months do occur on occasion.”

They also noted on another page that;

“During May 2019, the University of Utah Seismograph Stations, responsible for the operation and analysis of the Yellowstone Seismic Network, located 77 earthquakes in the Yellowstone National Park region. The largest event was a microearthquake of magnitude 2.8 located 17 miles west-northwest of West Yellowstone, MT, on May 6 at 7:04 PM MDT. The earthquake was not reported felt.”

If you want to look at some of their data in regards to seismic activity feel free to click here. In regards to whether or not an eruption is in the near future, scientists are quite split. Some believe these earthquake swarms are a sign that magma is making its way towards the surface and others are not so convinced. What do you think?

Are you aware of the extent of damage that would be done if an eruption were to occur? If not, feel free to give the video below a watch. While it is mind-blowingly horrifying it is something we all need to be aware of whether it erupts or not.