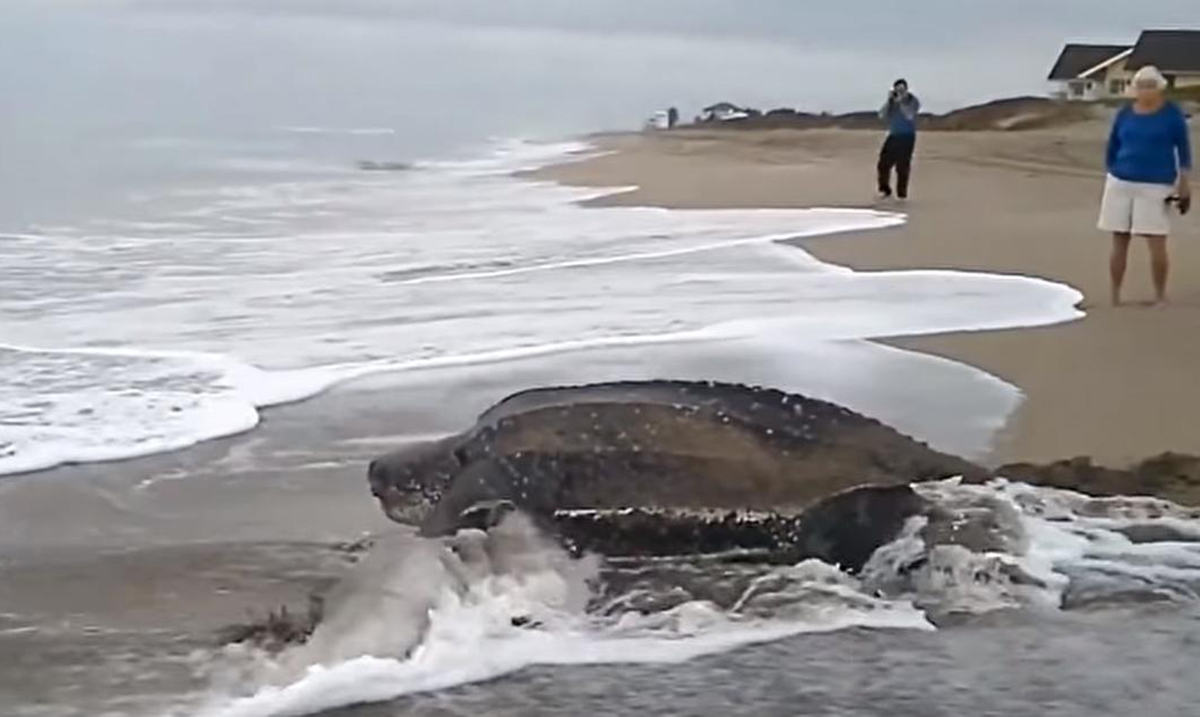 Viral animal videos seem to really be making lots of rounds lately. If you love turtles, this is one you won’t want to skip.

If you haven’t ever heard of a Leatherback sea turtle you are in for a treat. This kind of turtle is one of the largest on the planet and to say they grow to be huge is an understatement. They can weigh well over two thousand pounds.

They max out at about seven foot long and are listed as a vulnerable species because their population is decreasing. Their shell is not hard and bony like most other turtle shells. It is more flexible and rubbery which is why they are known as the leatherback. They can be found in the tropics and even in the Mediterranean Sea. Their global distribution is quite interesting for a number of reasons.

Sadly many of these beautiful creatures met their deaths far sooner than they should have because of human activity. About one in a thousand of these interesting turtles make it to adulthood. The odds are against them when it comes to getting their numbers back but they are hanging in and trying. Their eggs are usually taken from their nests by humans according to National Geographic because many like to eat them and because they can be used as aphrodisiacs.

While their numbers are increasing in some areas their numbers are decreasing in others. In the video you will see below, this massive beauty had emerged from the ocean and crawled across the sand for a short break. He or she shocks several tourists and eventually gets back in the water and heads back out into the unknown.

Isn’t this turtle massive? Could you imagine how amazing it is to see in person something so mysterious and yet fragile? These turtles can live for over 100 years and this one is surely quite old. Who knows what he or she has seen through the years.