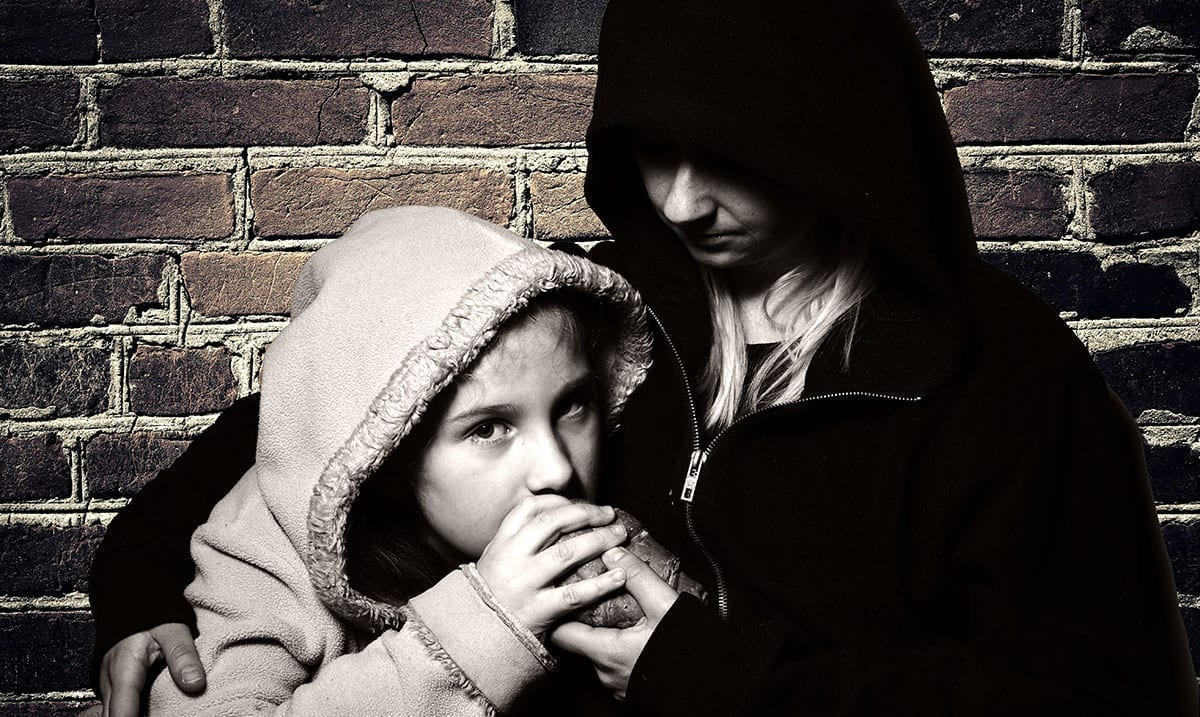 By Gerald Sinclair February 24, 2020 No Comments

In this day and age, we are so much more divided than we should be. Instead of working to help one another and build each other up we tear down those who are struggling as quickly as we can.

The world we live in is not an ideal one. There are people who are doing the best that they can but yet still struggling to put food on the table for their families. Those people turn to things like welfare to be able to provide for the people they care the most for and for that they should not be made fun of.

However, for some reason, too many people seem to think that everyone on welfare is abusing the system and that those who are less fortunate don’t deserve a helping hand. Because of this, many people feel a lot of shame when going out to get what they need using their benefits. I recently came across a short story on Tickld that spoke to me big time in regards to this. When I was growing up if we didn’t have ‘food stamps’ we wouldn’t have been able to eat as my mother was the sole provider for the family and made very little money.

Below you will find this story and I hope those reading it are able to see things from a different perspective as a result. Welfare is something that helps so many people who truly deserve it, just because some people abuse the system does not mean that everyone does. You never know someone else’s story, sometimes people are truly going through things we cannot see and could never imagine.

‘Woman Gets Ridiculed For Using A Welfare Card’:

‘Some people!’ snorted a man standing behind me in the long line at the grocery store.

‘You would think the manager would pay attention and open another line,’ said a woman.

I looked to the front of the line to see what the hold up was and saw a well-dressed, young woman trying to get the machine to accept her credit card. No matter how many times she swiped it, the machine kept rejecting it.

‘It’s one of them welfare card things. Damn people need to get a job like everyone else,’ said the man standing behind me.

The young woman turned around to see who had made the comment.

‘It was me,’ he said, pointing to himself.

The young lady’s face began to change expression. Almost in tears, she dropped the welfare card onto the counter and quickly walked out of the store. Everyone in the checkout line watched as she began running to her car. Never looking back, she got in and drove away.

After developing cancer in 1977 and having had to use food stamps, I had learned never to judge anyone without knowing the circumstances of their life. This turned out to be the case today.

Several minutes later a young man walked into the store. He went up to the cashier and asked if she had seen the woman. After describing her, the cashier told him that she had run out of the store, got into her car, and drove away.

‘Why would she do that?’ asked the man. Everyone in the line looked around at the fellow who had made the statement.

‘I made a stupid comment about the welfare card she was using. Something I shouldn’t have said. I’m sorry,’ said the man.

‘Well, that’s bad, real bad, in fact. Her brother was killed in Afghanistan two years ago. He had three young children and she has taken on that responsibility. She’s twenty years old, single, and now has three children to support,’ he said in a very firm voice.

‘I’m really truly sorry. I didn’t know,’ he replied, shaking both his hands about.

The young man asked, ‘Are these paid for?’ pointing to the shopping cart full of groceries.

‘It wouldn’t take her card,’ the clerk told him.

‘Do you know where she lives?’ asked the man who had made the comment.

‘Yes, she goes to our church.’

‘Excuse me,’ he said as he made his way to the front of the line. He pulled out his wallet, took out his credit card and told the cashier, ‘Please use my card. PLEASE!’ The clerk took his credit card and began to ring up the young woman’s groceries.

Hold on,’ said the gentleman. He walked back to his shopping cart and began loading his own groceries onto the belt to be included. ‘Come on people. We got three kids to help raise!’ he told everyone in line.

Everyone began to place their groceries onto the fast-moving belt. A few customers began bagging the food and placing it into separate carts. ‘Go back and get two big turkeys,’ yelled a heavyset woman, as she looked at the man.

When all was said and done, the man paid a total of $1,646.57 for the groceries. He then walked over to the side, pulled out his checkbook, and began writing a check using the bags of dog food piled near the front of the store for a writing surface. He turned around and handed the check to the young man. ‘She will need a freezer and a few other things as well,’ he told the man.

The young man looked at the check and said, ‘This is really very generous of you.’

‘No,’ said the man. ‘Her brother was the generous one.’

Everyone in the store had been observing the odd commotion and began to clap. And I drove home that day feeling very American.