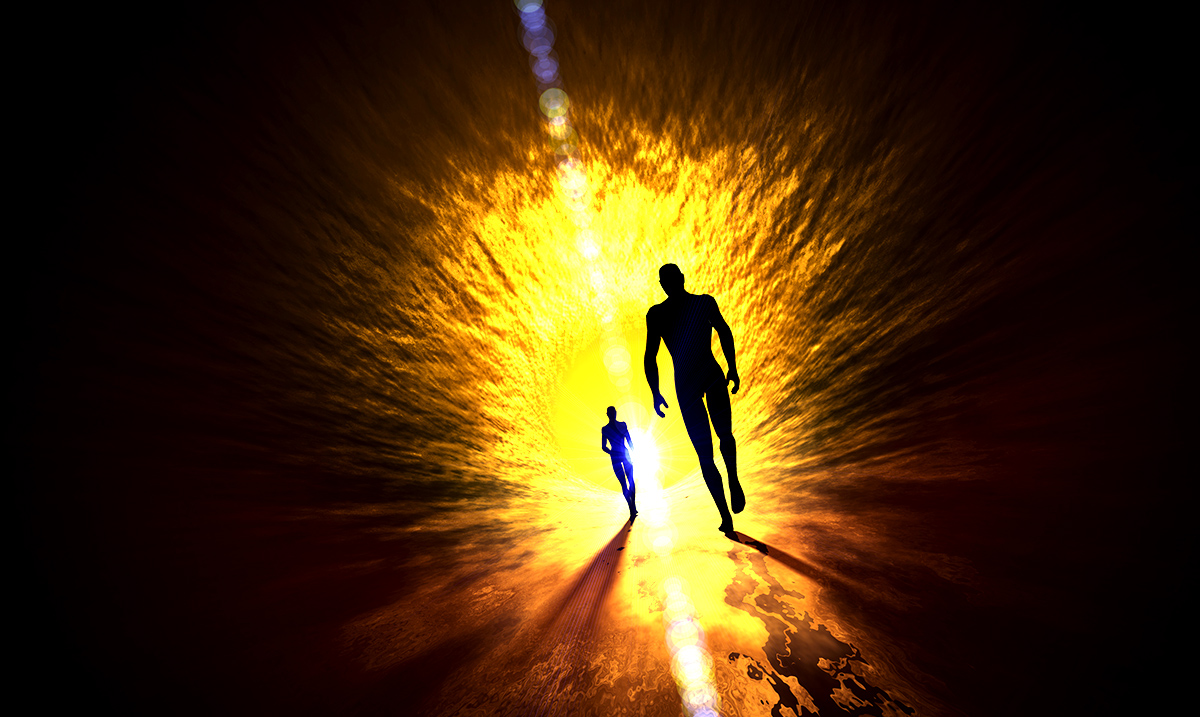 Out-of-body experiences are something we hear about often but not many people take the time to read into them properly. In this day and age, a lot of people are ‘brought back’ from death and that in itself is a marvelous thing that we should not overlook.

One lady has been speaking out about her experiences in current times and her story is one that many are becoming quite amazed by. She had actually gone so far as to warn doctors before she died (clinical death) weeks in advance as she saw it happen before it even occurred. Her name is Stephanie Arnold, and she has three children now but at the time of this situation was waiting for her second to be born.

Stephanie is someone who strongly believes in the ‘sixth sense’ and claims it is what saved her life in many ways. Her book 37 Seconds has won several awards and is a bestseller for a number of reasons. She told Medium that ‘we are all born with intuition. I just didn’t know mine would not only save my life, it would change the course of my career, exponentially,’ and that is definitely all very true for her.

Medium wrote as follows about their interview and her words covering how she ended up predicting her own death:

Pregnant with our second child, I started having premonitions that I would die giving birth. My intuition was at an all-time high. This wasn’t my first time at the rodeo. This pregnancy was different. Somehow, I knew I was going to need a hysterectomy. I felt that I was going to bleed out, that the baby would be fine, that my organs were going to attach to each other, and many more detailed visions into the not so distant future. I told everyone. My husband, (a science-minded, Ph.D. Economist from University of Chicago and former Air Force pilot), along with everyone else to whom I voiced my fears, told me the data didn’t support what I was seeing and told me to relax. Everyone, including all the doctors, nurses, friends, strangers, and people on Facebook simply thought I was a hormonal and a histrionic pregnant woman.

That is, until the day I gave birth to our son Jacob and moments later, I died.

I had an amniotic fluid embolism, a rare and often fatal condition (1 in 40,000) where amniotic cells get into the mother’s bloodstream, and if you happen to be allergic to it, your body goes into a type of anaphylaxis and in most cases, you don’t survive. The only reason I did survive, is because I spoke up and ONE DOCTOR listened to her own intuition, flagged my file incorporating extra blood and a crash cart in the OR. And that is 100 percent what saved my life. Or as one MD said to me recently, “I want to correct you, YOU saved your own life.” Technically, we were both right.

Since the experience, my life and my world in television have never been the same.

In her book, she describes the out-of-body experience she had while dead before being brought back by doctors. This was just a mere moment in life but to her felt so long. While out she claims she was approached by the spirit or soul of a young boy. He was the late brother of her best friend who had died when he was merely seven years old, and she spoke with him for a little while in that moment.

The Epoch Times wrote as follows going over more of what she noted within her book:

Stephanie was able to accurately identify individual medical staff members who were present in the same room as her dead body. She describes it as being in a 3D movie. Even though she was flatlined, she was able to hear, see, and recall everything that happened in the room during her death.

“I saw who hit the button for the code. I saw my anesthesiologist had my feet. I saw the nurse that jumped on my chest.

Stephanie’s obstetrician-gynecologist, Dr. Julie Levitt, was beside her bed during the delivery.

There is no medical explanation for Stephanie’s experience.

Whether you believe in this kind of thing or not there is no denying the detail that she recalls. To learn more about her experience I strongly suggest getting her book and if interested in the world of OBEs take some time to research them. Things like this are much more common than you might assume. What could be out there once we all pass?