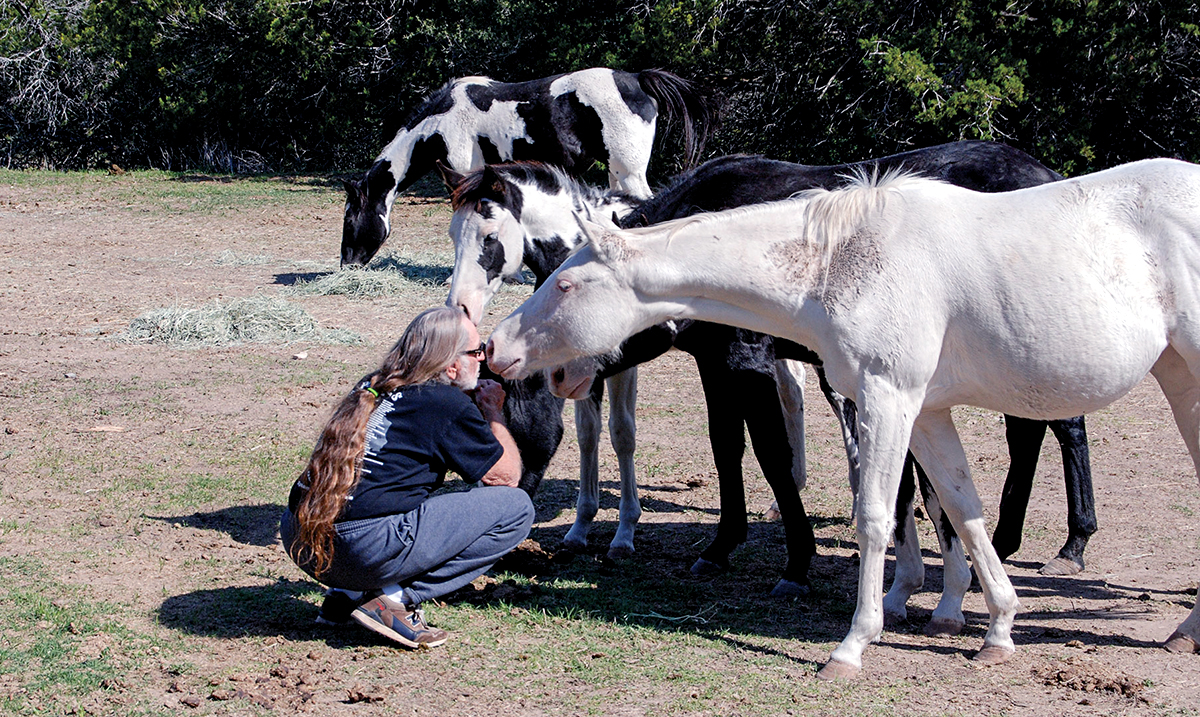 Sure, we all know Willie Nelson as the country guy who loves music, acting, and well marijuana but there is a lot more to him than you might think. This man not only helps people but animals as well.

In case you were not aware Nelson has a serious love for horses. His ranch, ‘Luck Ranch’ is actually home to over 60 horses that he rescued from slaughterhouses. He actually told KSAT 12 News that they have about seven hundred acres to roam and are hand fed twice each day. They are some of the happiest horses in the world and their experiences at ‘Luck Ranch’ are where that stems from.

Nelson actually even won the People’s Silver Telly Award back in 2015 for a video he made called ‘The Love of Horses.’ This video shows him meeting with members of Habitat for Horses and trying his best to get the slaughtering of horses made illegal. Nelson has been a prominent figure when it comes to lobbying for these marvelous giant creatures.

On Willie Nelson’s website it is written as follows in regards to his saving and adopting out horses in general:

Willie Nelson has adopted and fostered over 75 horses from Habitat for Horses over the past decade. Habitat for Horses, Inc. is a nonprofit organization incorporated under the laws of the State of Texas to promote and secure the safety and well being of all horses, encourage education concerning the physical and mental health of horses, explore and establish connections with young adults who can benefit emotionally from involvement with horses, promote the proper training of horses, and provide a home for those horses who are no longer able to be productive.

The Nelson family has been working with the Animal Welfare Institute (AWI), a small and effective animal welfare lobbying group in D.C., to draw attention to American horses who are being slaughtered for human consumption overseas. Horse slaughter plants in the U.S. have been voted out by their states, but until there is a federal ban, slaughter-bound horses are being trucked in extreme temperatures and long distances without food and water to Mexico and Canada.http://awionline.org/content/slaughter. Over 80 percent of Americans polled are for a federal ban on horse slaughter for human consumption. Ask Congress to do right by the horses.

Even America’s federally protected wild horses are at risk of slaughter. These national treasures are being forced off federal land so corporate mining and agriculture can consume it at the expense of the wild horses and the American taxpayer. This land had been secured for the horses by the will of the people. There are over 40,000 wild horses in captivity, more than are in the wild. Many end up on the path to slaughter, but together we can stop this.

Nelson told KSAT 12 News “When you’re here, you’re in Luck, and when you’re not, you’re out of Luck” and that seems quite prominent for many. To hear his full interview feel free to check out the video below. He’s done more than you could imagine for these gentle giants and it really shows.