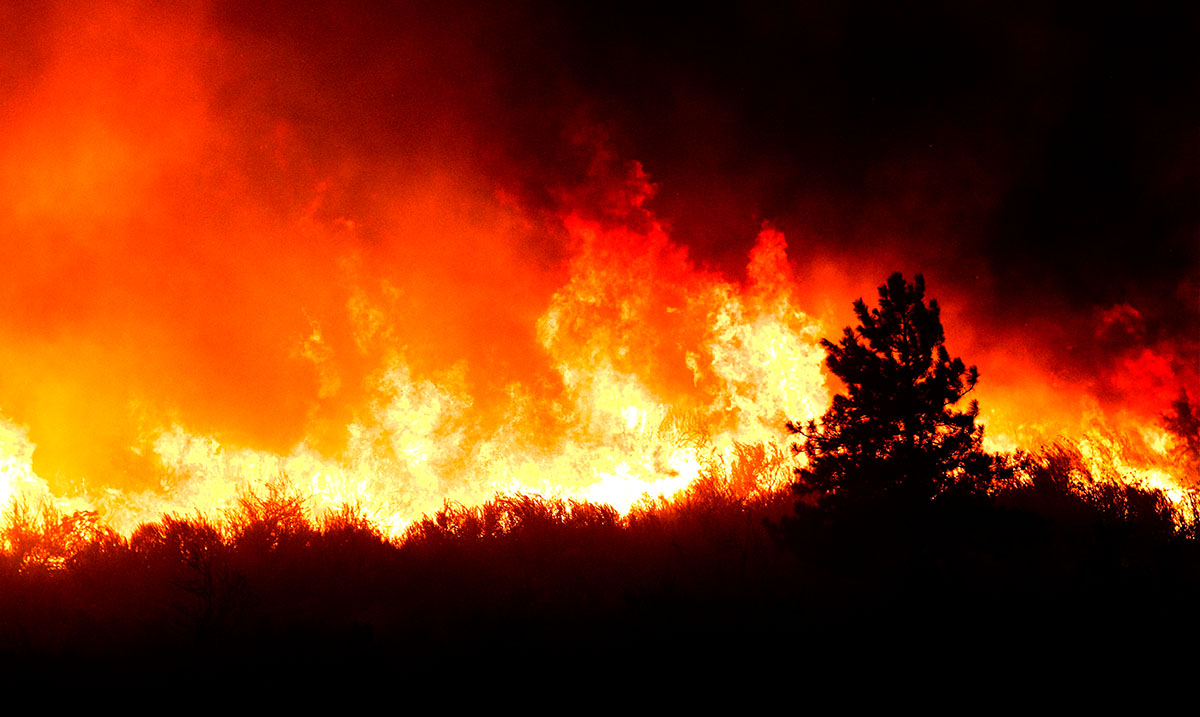 Wildfires Wrecking The Arctic Right Now Are So Extreme, You Can See Them From Space

When you think of the Arctic, the idea of it ever being on fire seems quite unlikely, right? Sadly that is currently not the case, and wildfires are becoming quite the issue.

The Arctic is literally on fire right now and since it’s warming up at such a rate, the end to this is not clear. Since June, over one hundred wildfires have been ignited and burned through the Arctic. According to The Earth Observatory, 11 out of 49 regions are up in flames. Blazes are huge across Greenland, Siberia, and Alaska.

The Guardian wrote as follows on these terrifying and alarming fires:

The largest blazes, believed to have been caused by lightning, are located in Irkutsk, Krasnoyarsk and Buryatia. Winds carrying smoke have caused air quality to plummet in Novosibirsk, the largest city in Siberia.

In Greenland, the multi-day Sisimiut blaze, first detected on 10 July, came during an unusually warm and dry stretch in which melting on the vast Greenland ice sheet commenced a month earlier than usual.

In Alaska, as many as 400 fires have been reported. The climatologist Rick Thomas estimated the total area burned in the state this season as of Wednesday morning at 2.06m acres.

Mark Parrington, senior scientist with the Climate Change Service and Atmosphere Monitoring Service for Europe’s Copernicus Earth Observation Programme, described the extent of the smoke as “impressive” and posted an image of a ring of fire and smoke across much of the region.

Thomas Smith, an environmental geographer at the London School of Economics, told USA Today fires of such magnitude have not been seen in the 16-year satellite record.

With the current issues at hand, we are not quite sure what will come in the future. In Alaska alone, CAMS has registered almost four hundred wildfires just this year as noted above which is mind-blowing. Temperatures in Siberia are at least ten degrees higher than they should be or would be this time of year and everything is out of whack. The environment that is held within the Arctic is very fragile, and we need to keep that in mind moving forward.

To learn more on these fires please feel free to check out the video below.