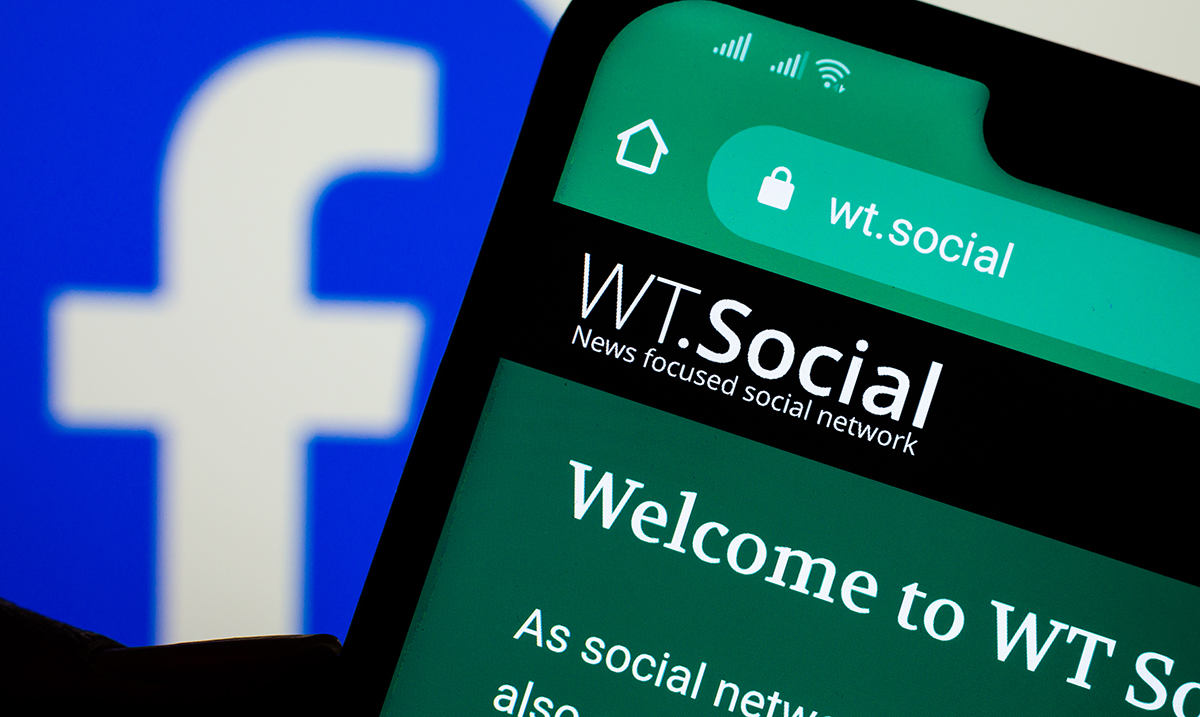 By Gerald Sinclair November 26, 2019 No Comments

For those who might not be aware, a man named Jimmy Wales happens to be the co-founder of Wikipedia, and he has without much coverage recently launched a new social media platform. This being something he hopes will work to combat misleading topics and misinformation overall.

This new social networking site is called WT:Social and is quite simple and sleek overall. It might seem to be similar to Facebook overall but it allows those who use it to share things without having to be so torn apart over things. On the home page for the site, it goes over what WT:Social is and breaks things down a bit.

The home page states as follows:

As social networks have grown, they’ve also amplified the voices of bad actors across the globe. Fake news has influenced global events, and algorithms care only about “engagement” and keeping people addicted to platforms without substance.

WikiTribune wants to be different.

We will never sell your data. Our platform survives on the generosity of individual donors to ensure privacy is protected and your social space is ad-free.

We will empower you to make your own choices about what content you are served, and to directly edit misleading headlines, or flag problem posts.

We will foster an environment where bad actors are removed because it is right, not because it suddenly affects our bottom-line.

But this will only work with your help. So join today and help change the landscape of social media.”

Right now you have to pay a fee/make a donation to join (unless you want to be waitlisted until things are ‘released properly’) but in time it will be changed to where existing members can invite their friends to come aboard and things will be free-flowing. It doesn’t have an app but can be accessed on a computer or browser with ease. When speaking to BBC on the topic he said that this social network in itself was all about rejecting the idea that a social network had to be addictive in itself. He and those who are backing him are not interested in obsessing over engagement or making things so overly misinterpreted that they have to click on them which really seems to be quite interesting in itself.

BBC reported as follows after speaking with Wales:

I wanted to know how he was going to get people hooked – but he said the whole mission was about rejecting the idea that a social network had to be addictive: “The social networks with a pure advertising business model have every incentive to put forward content that’s addictive, that keeps you clicking. Engagement is their main metric.”

That, he says, is why fake news and misinformation spreads through these networks.

Instead, Jimmy Wales wants WT:Social to be packed with high-quality content and debate that people will value – and then feel inclined to support financially.

It sounds utopian but he points to the success of Wikipedia, the fifth most popular website which has neither ads nor clickbait headlines. “There’s no thought about optimizing for addiction or time-on-site and yet it’s incredibly popular. And I think one of the reasons it is popular is that people say, ‘Yeah, I just want to know something. So I go there and I learn something.'”

All of this having been said we do not know how things will play out or if this new platform will make a real difference or not. While over 160,000 people have signed up for this new site since it launched back in October that isn’t a lot when you consider the population of ‘the whole world.’ Things are going well but will they kick off enough is the question.

https://t.co/Uk7PUE8GV2 just passed 200,000 members while I was having dinner with @carolecadwalla, @iRowan , @chrisinsilico , @RanaForoohar , @jamiesusskind and others on the general topic of what’s gone wrong with social media and the world in general.

What do you think about this whole concept and would you join this new platform? I for one am on the fence but I do see why it has been created. Perhaps in the future, it will be much bigger than we all imagined.