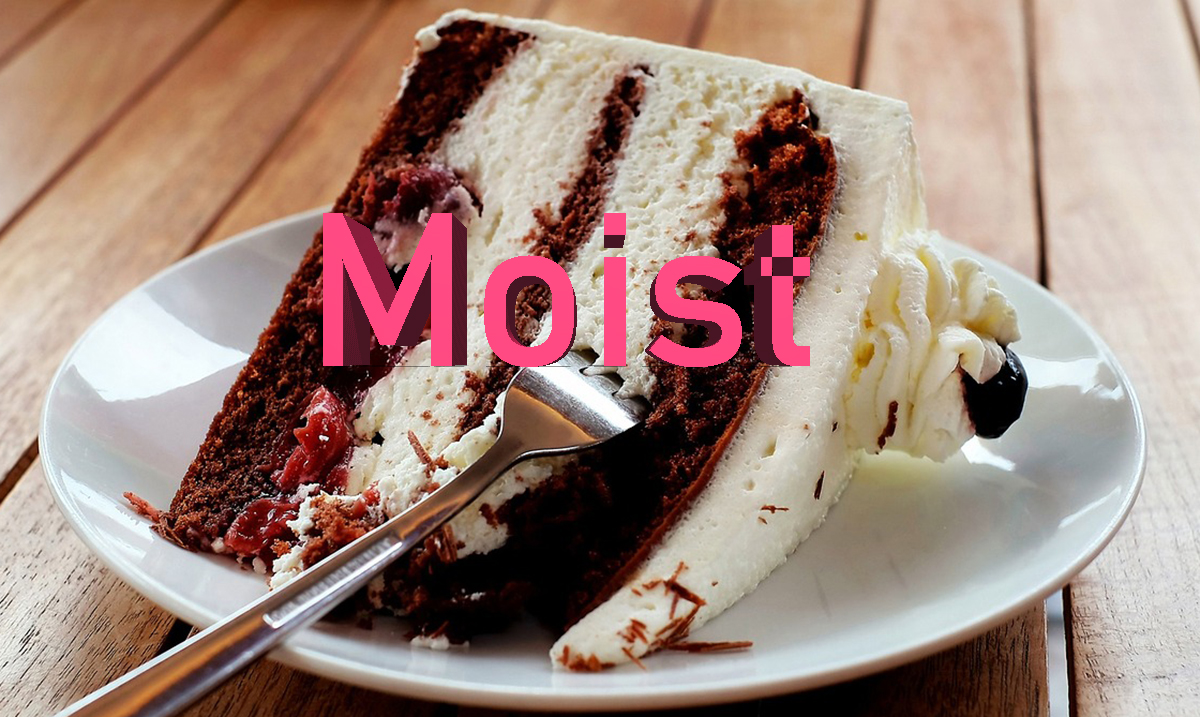 Why Moist Is The Worst Word Ever, Period!

Moist is a word that a lot of people cannot stand to hear. If you’re anything like me, even the thought makes you cringe.

Moist is easily one of if not the most hated word in the English language and a lot of us aren’t even sure why. When I see or hear the word ‘moist’ I automatically think of mildew and mucus. There is just no way around it, I absolutely hate how disgusting it makes me feel.

Now, in the past researchers from Oberlin College conducted experiments on why people hate this word so much and found that people who hate the word ‘moist‘ also tend to hate words like ‘phlegm,’ ‘vomit,’ and other things of the sort. They either hated the way it sounded, hated how it made them think of ‘bodily fluids,’ or were socialized to actually believe the word was gross in general. That being said, the most common reason was because of its association with bodily fluids.

Scientific American wrote as follows in regards to this study and several others from the same researchers:

Several consistent results emerged across the five studies. First, it seems that attitudes towards moist are indeed driven by visceral responses to the word. This was reflected in how aversive participants rated the word, as well as the kinds of responses generated in the free association and recall task. Moist-averse participants showed strong free-response associations between “moist” and visceral expressions of disgust like “eww” and “yuck”, and people who reported an aversion to “moist” were about 25% more likely to accurately recall having seen the word (suggesting it had more of an emotional impact on participants).

Second, those averse to the word “moist” also showed aversions to semantically related words and words related to bodily function, supporting the semantic association explanation of moist aversion. No support was found for the phonological hypothesis. Finally, participants seemed to have little insight into the reason for their aversion to the word. Those most averse tended to identify the phonological properties of the word as the cause of their aversion, as opposed to its semantic association with bodily functions.

Hearing people describe things like cake as moist is more than enough to have some people ready to hurl. While it might be a simple innocent word to most it is anything but to those who cannot stand it. What do you think about the word ‘moist?’