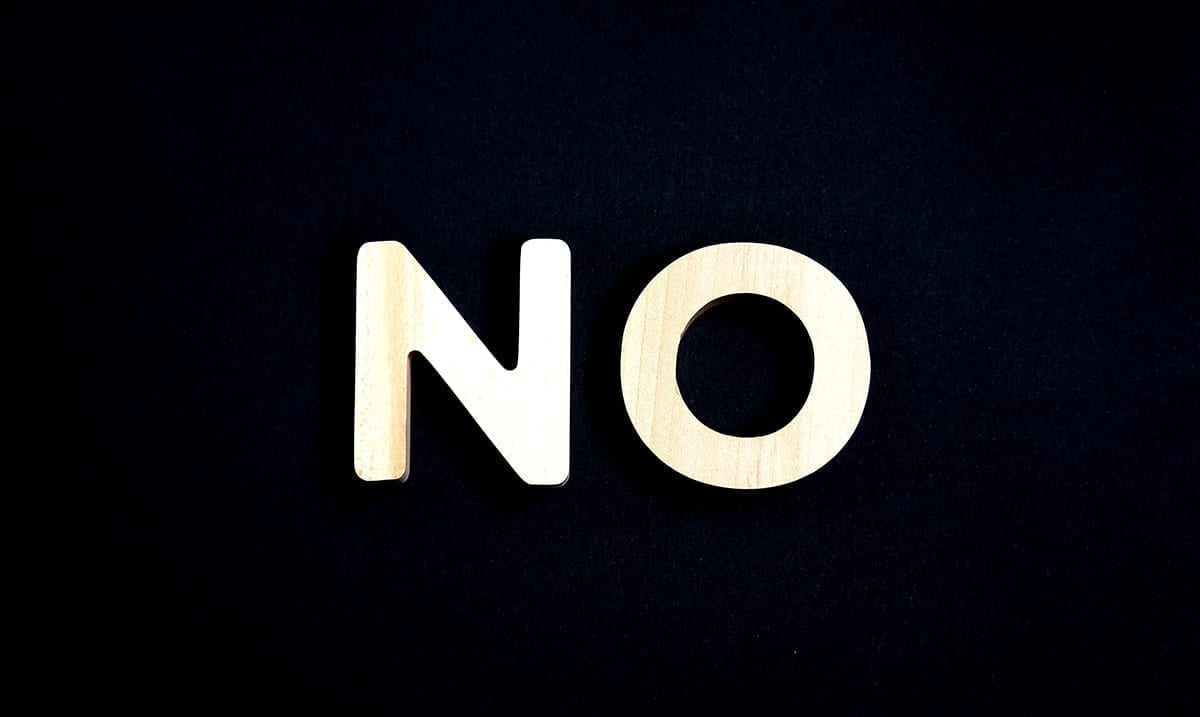 By Gerald Sinclair January 3, 2021 No Comments

We all know the word ‘no’ is a simple one. It’s not hard to remember and is only made up of two letters however, some people for their own reasons struggle with using it more than most would imagine.

The word ‘no’ is one that a lot of people struggle with using properly. People all too often end up saying ‘yes’ to things they don’t want to do and well, it’s quite frustrating to think about and to see happening as a whole, wouldn’t you agree? Honestly, there are even in this day and age tons of things people say to turn others down just so that they don’t have to use the word ‘no’ itself. Why is this? What is so bad about the word ‘no’?

Well, honestly, nothing is bad about the word itself. It’s just the way some people end up taking it that puts many people off when it comes to using it. A lot of people seem to struggle with saying no because they are people who feel the need to be liked or happen to seek approval from others. While they may not want to do something, they feel they have to or that they need another means of declining because they don’t want the person to think differently of them.

I know, as someone who uses the word ‘no’ often these things might seem or sound silly, but they are happening all around us. For some, it relates back to their childhoods and how they were brought up and for others, there are different reasons behind their lack of use when it comes to saying ‘no.’ That having been said, not everyone who refuses to say ‘no’ is a people-pleaser. Some of them just don’t like the confrontation that they feel comes with turning others down, so they ignore answering at all. They may get a text asking for something and just leave the person who sent it on read.

Being able to say ‘no’ is something that everyone should work towards because once you get it down it can save you a lot of stress and other things of the sort. That being said, getting someone used to saying it isn’t as simple as it may sound. At the end of the day, there is nothing wrong with saying no, and we should all feel comfortable using the word as a whole.

To learn more about all of this take a look at the video below. If you’re someone who isn’t quite used to using this word, perhaps you should work on that. It’s something that will really help you in the long-run.

The Psychological Cost of Never Saying No