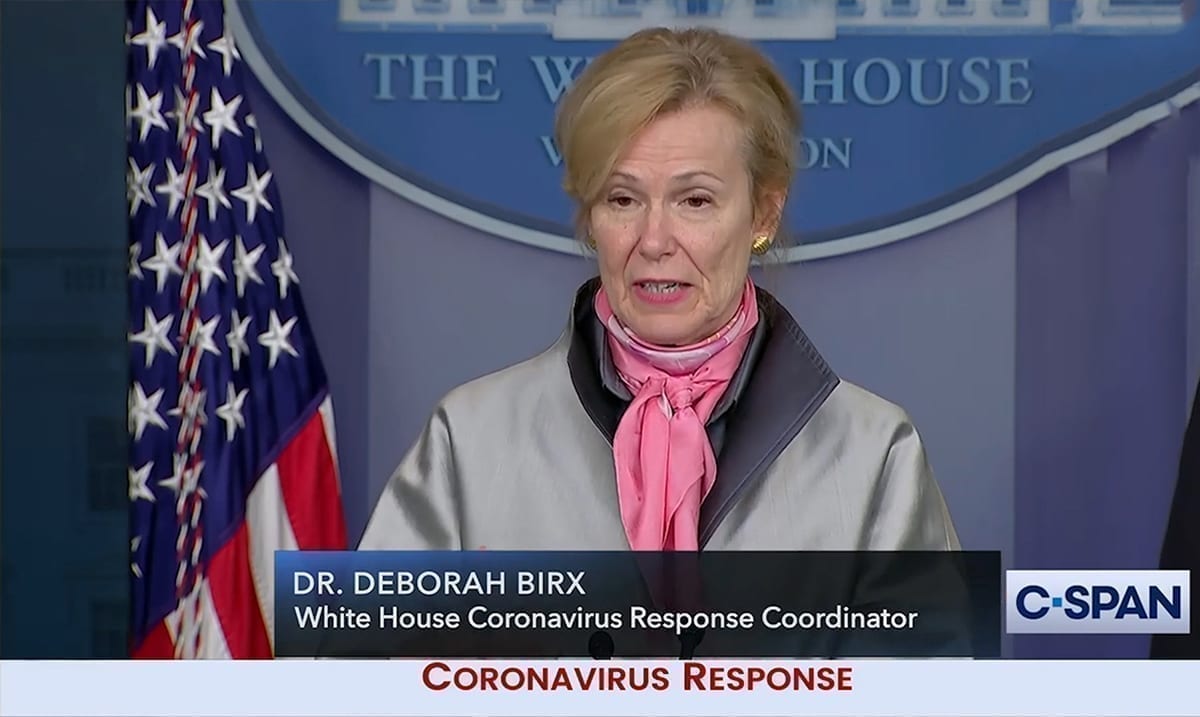 White House Official Says All Patient Deaths As Covid-19, No Matter The Cause

By Gerald SinclairApril 8, 2020No Comments

Right now it seems anyone who dies that is infected with this current pandemic level virus will be classified as a COVID-19 death even if their underlying health issues were what contributed to their deaths overall. This meaning if someone with a serious heart condition has a heart attack and dies but has tested positive for COVID-19 their death will be marked as a result of the virus.

Many are very concerned about this as other countries have not done this. Many nations actually opted for the opposite. According to Dr. Deborah Birx who is the response coordinator for the White House coronavirus task force the federal government is continuing to count suspected COVID-19 deaths. While many think this is a good move some do not.

Fox News reported as follows going over the things Birx has said on the topic:

“There are other countries that if you had a pre-existing condition, and let’s say the virus caused you to go to the ICU [intensive care unit] and then have a heart or kidney problem,” she said during a Tuesday news briefing at the White House. “Some countries are recording that as a heart issue or a kidney issue and not a COVID-19 death.

“The intent is … if someone dies with COVID-19 we are counting that,” she added.

Asked whether the numbers could skew data the government is trying to collect, Birx said that would mostly apply more to rural areas where testing isn’t being implemented on a wide scale.

“I’m pretty confident that in New York City and New Jersey and places that have these large outbreaks and COVID-only hospitals. … I can tell you they are testing,” she said.

Dr. Michael Baden, a Fox News contributor, said it’s reasonable to include the death of someone infected with the virus, who also had other health issues, in the COVID-19 body count.

“In the normal course, autopsies would then determine whether the person died of the effects of the COVID virus, whether the person had a brain tumor or brain hemorrhage for example that might be unrelated to it and what the relative significance of both the infection and the pre-existing disease is,” Baden told Fox News.

However, the number of autopsies being performed could be low due to the danger of infection, he said.

Here in the US cases of this virus are still rising it seems as we have reached almost 400,000 cases so far. With over 12,000 deaths many are concerned as to whether or not this virus is as big as it is made out to be in these statistics. While the number of people who would have died to a pre-existing condition anyway is likely small, whether or not it could skew numbers is a question worth asking.

To hear Birx speak on this topic herself check out the video below. What do you think about all of this? I have for weeks now been seeing posts on Facebook talking about this kind of thing but until now, confirmation was not made.