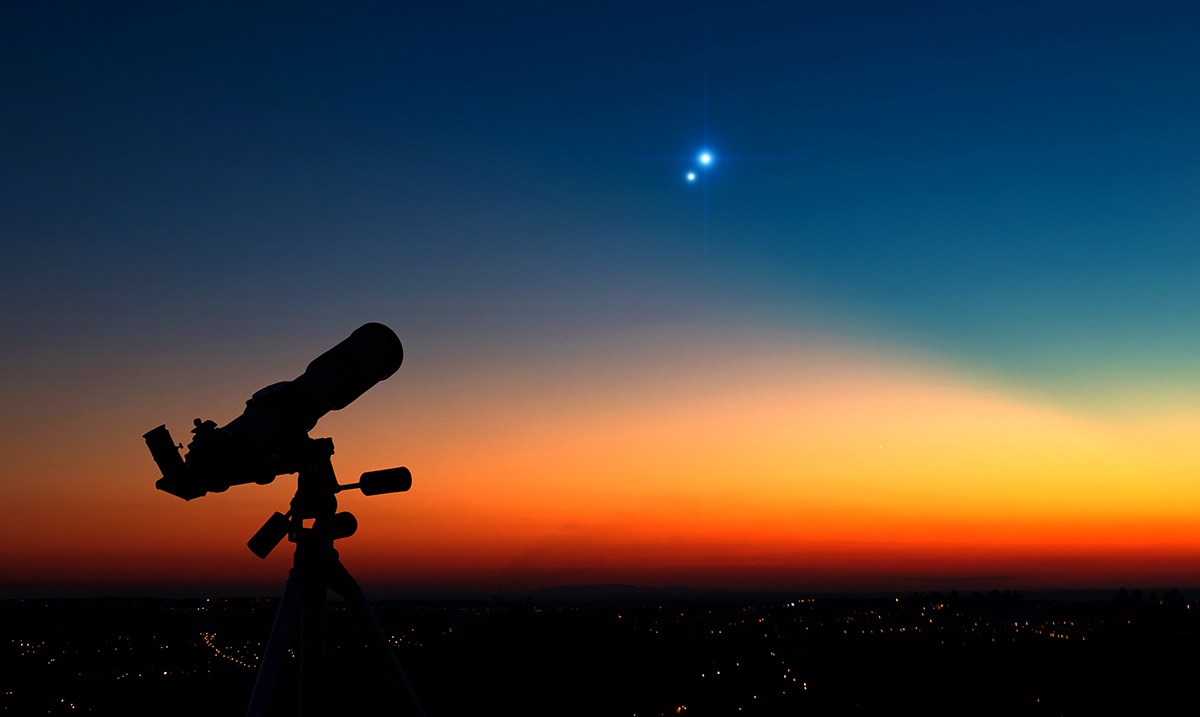 By Harley Manson February 1, 2022 No Comments

I love astronomy and sky watching, especially during this time of year. There’s just something comforting and even mystical about going outside and looking up at the beauty of space.

For those of you who share my passion, February will not disappoint. To start the month out, several constellations are currently visible to the Northern Hemisphere.

For starters, Orion, the Hunter, which is the brightest constellation in the night sky, is best viewed in the early evening during February. Orion, according to the Farmer’s Almanac, consists of Betelgeuse and Rigel, which are among the ten brightest stars in the sky.

Another neat feature that can be seen in February is when Venus and Mars rise together in the southeast. Mars will also be shining quite brightly, and Venus is going to be at its brightest.

On February 16, the greatest western elongation of Mercury will take place, placing Mercury at its highest point along the horizon, making it extremely visible directly before sunrise.

And if you are like me, and truly enjoy a good meteor shower, we will have one of those as well. Unfortunately, the Alpha Centaurids come from the constellation Centaurus, which will make it more difficult for the Northern Hemisphere to view. However, it is viewable, producing at its peak rate at around 8:00 PM CST.

During its peak, the Alpha Centaurids typically produce around six to eight meters per hour, which isn’t bad. If you want to watch, I advise finding a dark place (away from street lights) and laying down, so you can get a good, clear view of the sky. The peak itself happens on February 9th. Because this will be in a crescent moon cycle, it should make for easier viewing.

Other than that, the skies will be relatively calm for the next few months, aside from the beautiful full moon that takes place on February 16, bringing February’s astronomical events to a close.