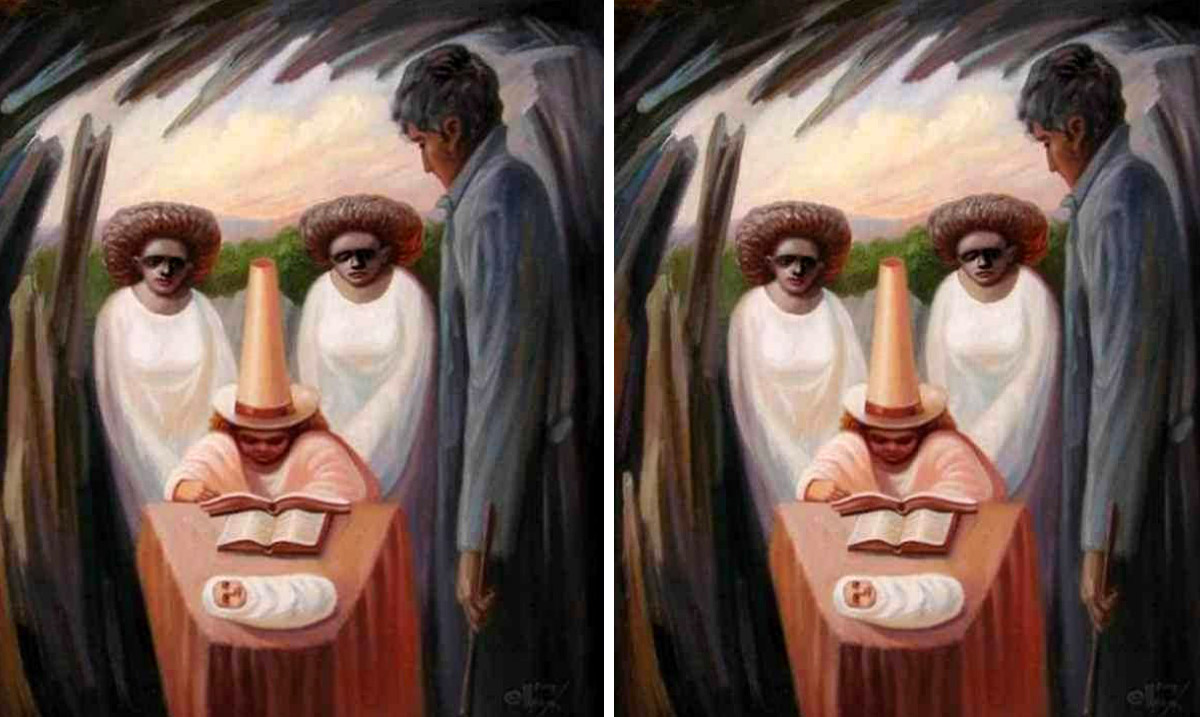 The more we tap into our subconscious mind the more we learn about ourselves. While the concept of tapping into this kind of thing might be a bit odd, it’s not as complex or hard as most assume.

One of the easiest ways to tap into the hidden sides of yourself is through the things that stand out to you the most for ‘seemingly no reason.’ This meaning the things you’re drawn to. For example, when you look at several cards and are drawn to one more than the rest all the while they’re the exact same.

Before you take a look at the image below clear your mind and really come at this with more open-mindedness than you usually would. Within a mere two seconds at most, you should be able to tell what really stood out to you before anything else about this image. Once you know that continue on to see what that reveals about you. 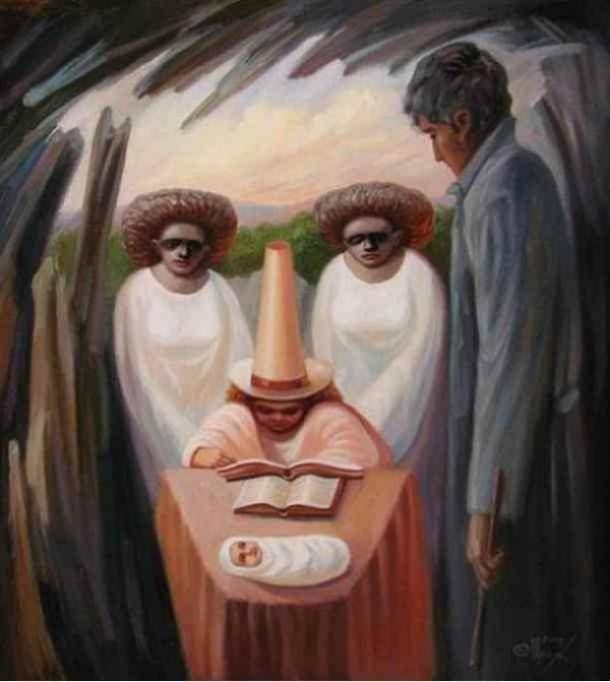 If you first noticed an overall face then when it comes to love you need more attention. You feel like the people who matter the most to you are focusing on areas that don’t really matter. Instead of looking at the bigger picture they’re focusing on the smaller aspects and you feel left behind as a result.

If you first noticed the two attendants before anything else you are someone who feels as though love is more controlling for you than it should be. You are not as in charge as you want to be and it makes you feel like you don’t have any say in the things happening before you. While this is something you can work to fix, it’s not something that is necessarily easy to overcome. You need someone who stands by your side and puts forth the efforts you also put forth.

The sorcerer is in the middle of the image and his hat makes up the nose of the large face that makes up the image itself. If this was the part of the image you were first drawn to then you need to embrace the sides of yourself and your partner (or potential partner) that you normally wouldn’t. It seems you’re more closed off than you should be and as a result setting yourself up to fail. Acceptance isn’t as hard as you’re making it out to be.

If you first saw the baby in this image you are someone who feels like you are in serious need of something you cannot put your finger on. When it comes to love you honestly shouldn’t be spending all of your time looking for something that will last forever. Spend some of your time getting to know yourself and growing as a person, everything else will come when you are ready.

The Man In A Coat

If you first noticed the man in the coat before anything else you are likely when it comes to love someone who struggles a lot. You always seem stuck on the outside looking in and never where you want to be. Opening up to the people closest in your life will help with this but you need a mindset change above all else, that’s for sure.