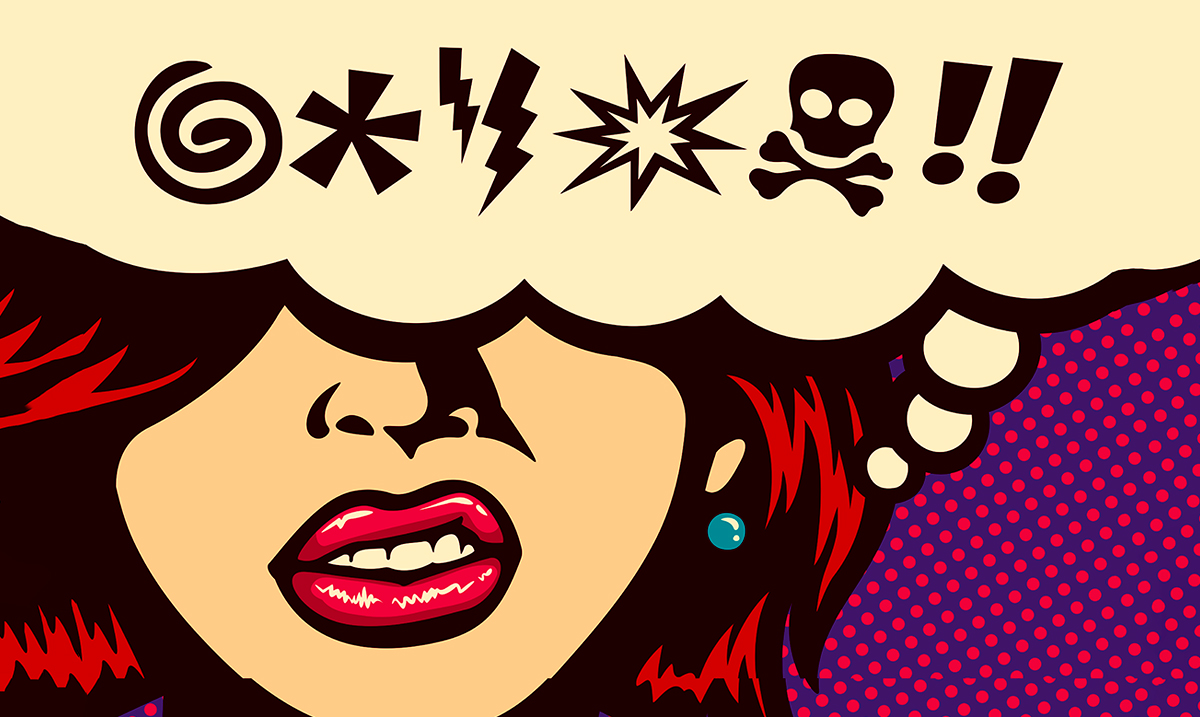 What Curse Word You Use Most Often Reveals About Your Personality

Throughout the years cursing or ‘cussing’ has become much more common than most people realize. It is basically normal in everyday speaking here in the US for most people.

There have been studies on those who curse in the past and it has been proven that those who cuss or use profanity, in general, are normally much more honest and overall authentic people. Sure, some people prefer not to cuss or don’t like to be around it but most people are not going to be bothered by it within reason. It is just a part of life for us in this day and age.

That all having been said it does seem that most people who use curse words have a favorite one or one that they use more-so than the rest. Sure, there are tons of curse words but as far as the commonly used ones go, your favorite can reveal some things about you on a seemingly personal level. Below I am going to go over some of the more common curse words and what they show us about the people who use them the most.

If you want to know what your favorite cuss word has to say about you and how you are as a person look for it below. I personally feel like as long as cussing isn’t something a person does in excess it is fine. How do you feel about it?

What Your Favorite Cuss Word Reveal About Your Personality:

Any Variation of D*ck

While this one comes in many forms the more you use this one the more we become aware that you’re quite good at picking up on other people. You notice things that other people do not and are usually the one who calls others out. That being said, you’re not the easiest to get along with.

If you chose the D-word as your favorite cuss word you’re probably the kind of person who doesn’t like to let other people in. You’re a very closed-off individual and are often not very willing to be there for the people in your life. You keep a good distance even with those who care the most about you.

If this word was your favorite cuss word, you’re probably the kind of person who really sticks out like a sore thumb in your friend group. You’re always doing things that everyone else is scared to do and you’re very likely to mix things up when people least expect it. You’re quite unpredictable.

Most people don’t pick this one so if you did, congrats on being unique. You’re the kind of person that people love to be around. You provide them with an energy that they cannot find in anyone else. Sure, you can be embarrassing at times but can’t we all?

Any Variation of The F Word

While the F word comes in many variations if this one was your favorite you are a very outspoken person. You do not care who hears you, you always speak your mind. You are the kind of person who is either the life of the party or the death of it depending on your mood. Things with you are always extreme be it in one direction or the other.

If this word was your cuss word of choice chances are you’re a very simple person. You don’t mind just sitting at home when you have free time and you’re not the kind of person who spends a lot of time trying to impress others. When it comes to getting things done, you can do it but you would much rather not have to.

This word being your favorite shows us that you are very willing to go with the flow type of person. You don’t ask for much and you’re usually easy to impress. Being around you is usually quite the treat.

You are an overall simple person if this is your favorite curse word. You don’t tend to really stick out much and are usually just doing the things you have to do to get through the day. You might be quick to speak your mind but overall you’re just a bit more short-tempered than most.

As someone who prefers this word over most, you are a pretty laid back person. You don’t usually fight too much with others and are generally easy to get along with. That being said, you tend to be quite hard to impress.