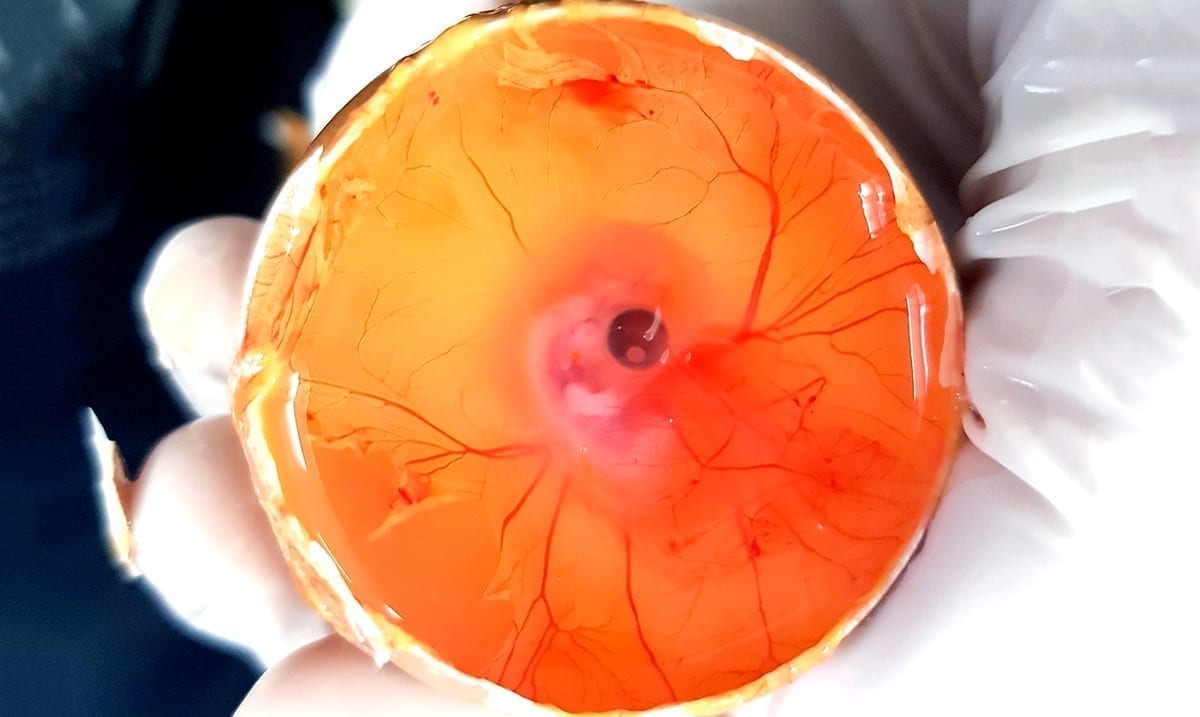 What Happens Inside A Bird Egg Before It Is Hatched

While we know that some animals lay eggs instead of birthing their young as we would, but what exactly goes on inside of an egg? Well, it’s quite similar to what would go on inside of our bodies while pregnant but even more-so interesting, in my opinion.

I recently came across a video by M5 Studio that uncovered an egg ever so slightly so that they could watch the baby chick (some kind of bird) develop within and I have to say, it is truly fascinating. Not only do you in this sense literally hand-rear the chick but you are also able to see it grow while still safe inside of its egg. You can see it grow its legs and turn from a tiny blob to an actual chick.

Seeing it move around while still inside of the egg for me was something truly out of this world. The video posted by M5 Studio really gives us a look inside of something I personally never thought I’d be able to see. This kind of process is something that has been referred to in scientific literature dating back to at least 1971 according to CNBC so it’s quite possible that the video is completely legit though caring for a baby chick within an egg in such a manner is not necessarily easy and does require more care than most might expect. That being said, legit or not you can definitely tell that there is a chick growing inside that egg, whether it made it to hatching time or not.

According to 4H Virtual Farm, a chick will usually emerge from a fertile egg after about 21 days of incubation. When two parent cells come together fertilization happens roughly 24 hours before the egg itself is laid by the mother bird. While cell division happens before the egg is laid, it stops after. There are lots of different things within an egg that help to protect the forming chick and the chick will even form special temporary organs. This will help protect the embryo.

The yolk sac itself feeds the embryo and it is provided protection by the amnion. While all of this might sound a bit much, it is important for the development of the baby chick. As time passes the embryo looks more and more like an actual chick and then eventually it will hatch or if it’s already being grown within an open egg perhaps just pop out of the shell.

To see this interesting process for yourself check out the video below. It is truly mind-blowing and is well worth the watch. While I don’t think I could do it myself, I love seeing someone else accomplish it properly. Now, some people claim this video is fake as we are not quite sure what kind of bird is being grown within the egg itself but honestly, it seems quite real and things like this have been done in the past successfully. What do you think?