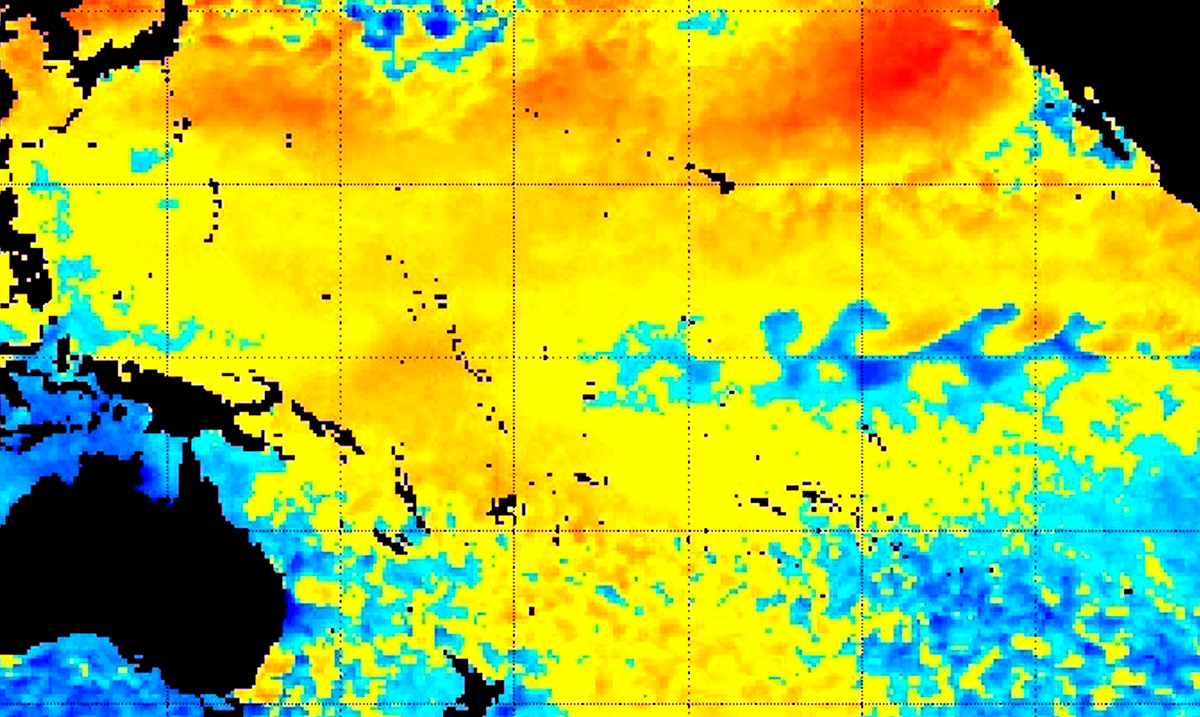 An enormous mass of warm water seems to be present on the West coast. It extends all the way from Mexico to Alaska and could end up doing a lot of damage. According to USA Today, this happened back in 2014 as well and was a serious disruption in sea life as a whole.

This kind of heatwave is called ‘the blob’ and is just as concerning as it sounds. According to Science Alert, last time we experienced a blob-like this the Southern coast of Alaska lost over 100 million Pacific cod alone. Seabirds died, humpback whale populations dropped, sea lions were dying, and many different marine animals simply disappeared. For those who might not be aware, the warmer the water the more likely algae bloom will become present.

USA Today wrote as follows in regards to this heatwave:

The only other known major ocean heatwave in 2014 stuck around for two years. It covered a slightly bigger area of 4.5 million square miles of ocean.

The warming comes from a ridge of high pressure that keeps winds calm.

“The winds have been persistently weaker than they normally are this time of year,” said Mantua. “If the winds stop, the surface warms. If the winds stop for a long time, that warm surface water just gets deeper and deeper because the sun’s warming it up.”

Whether it will last as long as the 2014 heatwave is impossible to know, say scientists.

“If the weather patterns that led to its development change all of the sudden and we get some cold snaps and storms, then it could dissipate pretty quickly,” said Stephanie Moore, a NOAA research oceanographer at the Northwest Fisheries Science Center in Seattle.

Some people are claiming this is happening as a result of climate change, and we cannot say that is wrong, there are other factors that can be taken into account as well. As we alter this world in the ways we consider fit, we are changing the way this planet works which is a disaster waiting to happen. While at the moment this heatwave has not necessarily met with the shore just yet, it is only a matter of time.

This heatwave is being referred to by officials as the ‘north-east Pacific marine heatwave of 2019’ and while not much is known about it just yet, time will reveal more than we can imagine. This strange situation seems to have begun rising back in June and has only gotten worse from there. It went from a little warmer than usual to what we are seeing now and a means of changing things is not clear.

What do you think about all of this? I for one think there has to be something we can do. As things like this will be more and more common in the future, we have to learn how to deal with them more properly. To learn more about this interesting topic please feel free to check out the video below.