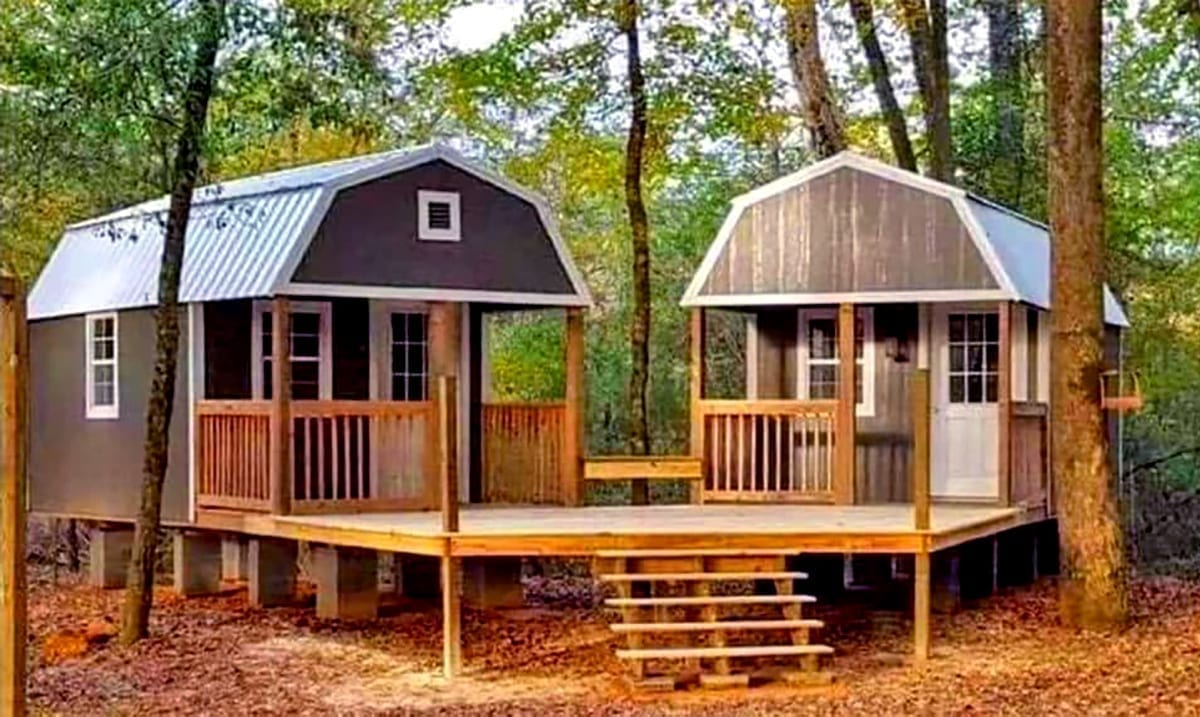 ‘We-Sheds’: Combine Your She-Shed and Man Cave All The While Getting Your Own Space

If you’ve been wanting a she-shed or something of the sort and you man won’t quite get behind it perhaps bringing up the idea of a ‘we-shed’ could help. The ‘we-shed’ is an interesting concept I am sure most can get behind.

Basically the we-shed is two small buildings or sheds that are brought near one another with a deck or something along those lines. This turning them into one structure rather than two but still keeping them separate. From there each of you get a shed to do with what you want, but they’re in a place where they’re near one another. You can do this with just about any premade çabin building or ‘kit’ you may find online but if you want to take things to the next level could even create them entirely yourself.

According to Simple Most this design was in itself originally created by a building company known as ‘Portable Buildings of Greater Houston’ which can be seen in the picture below. Sure, we hear a lot of things about men wanting man caves and women wanting a space to call their own outside of the house and this could be a good compromise. You get a little spot in the middle that brings the two together all the while having your own space to do what you want with. 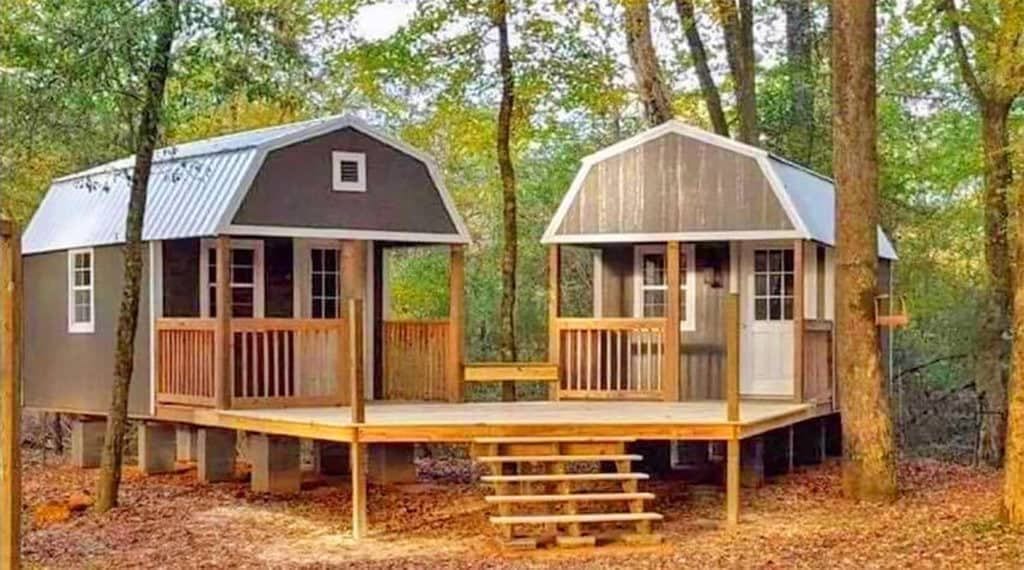 Instead of having to go far to find your partner you’re just right next to one another so if an emergency does come up, getting to one another shouldn’t be much of an issue. These sheds can and do come in a wide variety in most places so the sky is the limit when it comes to what you can do with them. Combining them in this manner though is quite interesting and unique.

Would you like to have something like this in your backyard? I for one think it would be great. Sure, my partner would decorate his side in a very tacky way but I wouldn’t have to spend any time inside of it and my part of the structure would be marvelous.

What would you put inside of your we-shed if you had one? Would you create a place for your hobbies or would you be more into making it a chill spot to relax? Mine would be decked out with tons of different gaming systems and things of that sort.