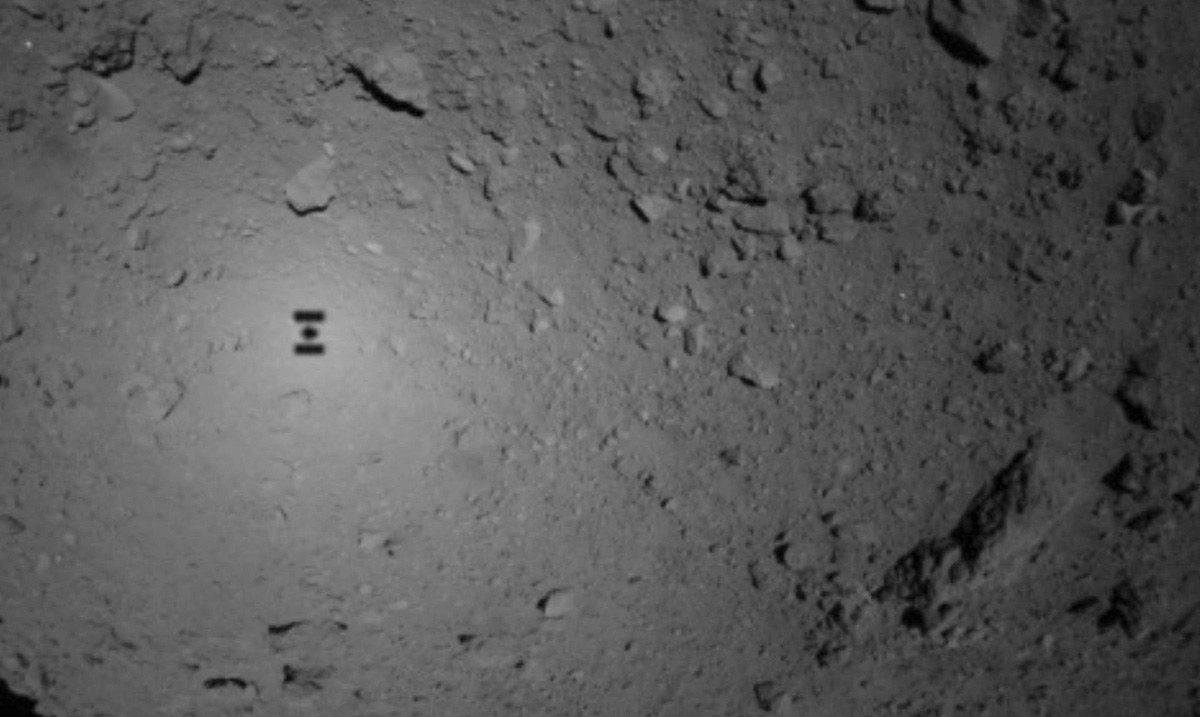 By Gerald Sinclair September 27, 2018 No Comments

Two twin rovers made their way to an asteroid just days ago and from there history has been made. These rovers are sitting on asteroid Ryugu which is about half a mile wide and those rovers are being controlled by the Japanese Space Agency.

This is a picture from MINERVA-II1. The color photo was captured by Rover-1A on September 21 around 13:08 JST, immediately after separation from the spacecraft. Hayabusa2 is top and Ryugu’s surface is below. The image is blurred because the rover is spinning. #asteroidlanding pic.twitter.com/CeeI5ZjgmM

Photo taken by Rover-1B on Sept 21 at ~13:07 JST. It was captured just after separation from the spacecraft. Ryugu’s surface is in the lower right. The misty top left region is due to the reflection of sunlight. 1B seems to rotate slowly after separation, minimising image blur. pic.twitter.com/P71gsC9VNI

As you can see above, these are the first images captured by these rovers and the first or the surface of an asteroid taken in this manner. These tiny robots are solar powered and will be joined by several other robots in the months to come. One of the rovers that will be landing is said to be able to collect underground materials, those being materials that will be sent back down to Earth at some point.

These two rovers at the moment are working well and seem to be in good condition. They are known as Rover 1A and Rover 1B. Hayabusa 2’s spokesperson Takashi Kubota says he was excited about the images and that they allowed him to relax a bit. This has been a dream of his and the organizations for years, to finally have it happen is marvelous.

FoxNews reported as follows in regards to this:

Launched on Dec. 3, 2014, Hayabusa 2 arrived at Ryugu on June 27, 2018 when the asteroid was almost 170 million miles from Earth. The spacecraft traveled almost 2 billion miles to reach the space rock.

The spacecraft is the successor to JAXA’s Hayabusa, which landed on asteroid Itokawa in November 2005. Despite being dogged with problems, the mission collected a number of asteroid samples, which returned to Earth with Hayabusa in June 2010.

This dynamic photo was captured by Rover-1A on September 22 at around 11:44 JST. It was taken on Ryugu’s surface during a hop. The left-half is the surface of Ryugu, while the white region on the right is due to sunlight. (Hayabusa2 Project) pic.twitter.com/IQLsFd4gJu

While we don’t know what this all will hold for us in the future having these images and any more that come is going to benefit us all in the long run. There is so much more that goes into exploring space than most people think. While this might seem small, it is a huge feat and a step on the right direction.