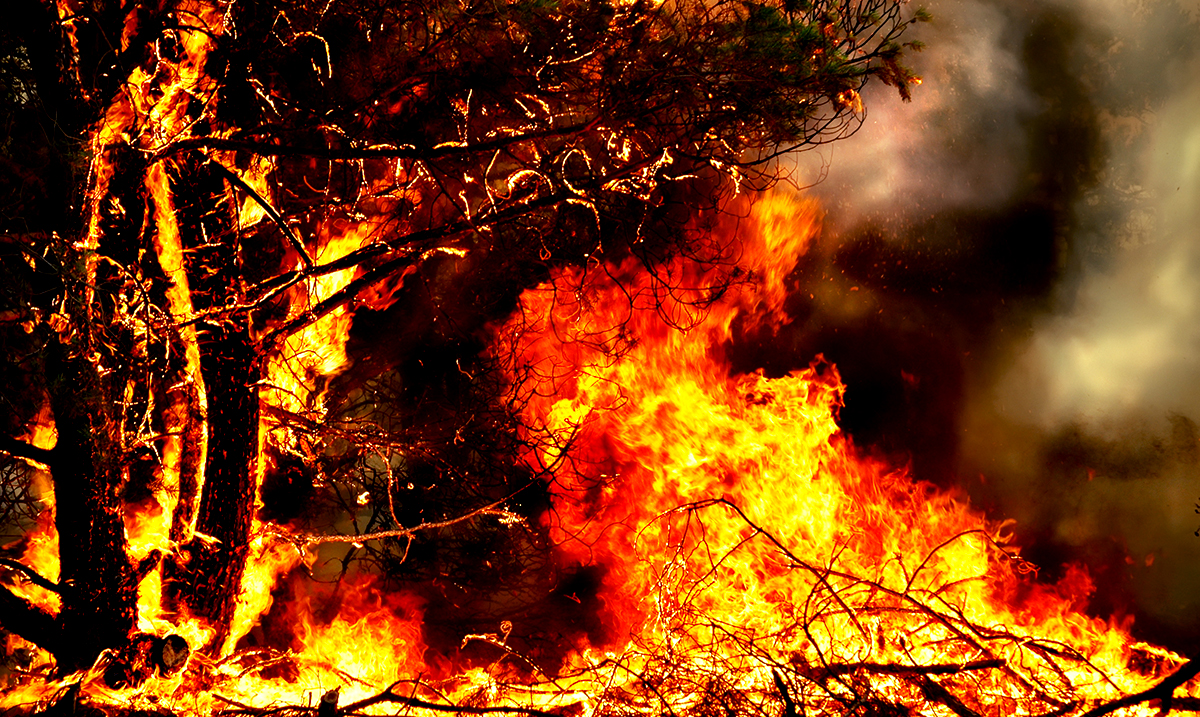 We Cannot Survive Without The Amazon Rainforest – Never Forget!

By Gerald SinclairAugust 24, 2019No Comments

The Amazon rainforest is one of the most important things on this planet when it comes to life itself thriving and continuing forth. It is as many refer to it ‘the lungs of our planet’ and without it, devastation would become reality.

The Amazon is home to tons of trees that are needed for each and every one of us as they produce oxygen and filter out the harmful carbon dioxide of the world itself. For those who do not know, the Amazon itself contains nearly a third of all tropical rainforests left on this planet and home to far more wildlife than you or anyone else could ever imagine. There are new species discovered in the Amazon almost every few days and sadly, huge parts of these forests are being demolished for our own selfish gains.

Not only are large scale farming, ranching, urban development, climate change, and mining threats to this beautiful and magical place the fact that it’s on fire is something we should all be aware of. While the media itself is not covering much on this topic, we will share all that we know. Since the beginning of 2019, INPE reported over 72,000 fires in the country at least half being in the Amazon.

From the other side of Earth, here’s the latest on the Amazonia fires 🌳

In regards to fire and the amazon, as follows was written by WWF:

What forests take from the air, they can also give back. When forests burn, tree carbon matter is released in the form of CO2, which pollutes the atmosphere, and of which there are already excessive quantities.

Where rainforest and savanna once stood, pastures for cattle-ranching are now appearing. Pastures teem with termites and cattle, whose metabolic activities also release CO2, although their contribution to atmospheric pollution is under much debate.

With the forests gone, CO2 is no longer transformed through photosynthesis, and the crops that replace forests only absorb a fraction of CO2 compared to rainforests. Along with industrial pollution, rampant deforestation in South America and elsewhere has significantly increased the amount of CO2 in the atmosphere.

With so many fires present in this area, at least 80 percent increase in deforestation has been noted this year thus far. It seems currently farmers and cattle ranchers are behind the unusual and enormous number of fires burning currently as when the land is cleared, it is ready for use. These farmers wait for the dry season, set things ablaze, and wait for the areas to clear. This all the while not taking into consideration all of the wildlife being slaughtered and injured as a result.

#Regram #RG @rainforestalliance: The lungs of the Earth are in flames. 🔥 The Brazilian Amazon—home to 1 million Indigenous people and 3 million species—has been burning for more than two weeks straight. There have been 74,000 fires in the Brazilian Amazon since the beginning of this year—a staggering 84% increase over the same period last year (National Institute for Space Research, Brazil). Scientists and conservationists attribute the accelerating deforestation to President Jair Bolsonaro, who issued an open invitation to loggers and farmers to clear the land after taking office in January.⁣ ⁣ The largest rainforest in the world is a critical piece of the global climate solution. Without the Amazon, we cannot keep the Earth’s warming in check. ⁣ ⁣ The Amazon needs more than our prayers. So what can YOU do?⁣ ⁣ ✔ As an emergency response, donate to frontline Amazon groups working to defend the forest. ⁣ ✔ Consider becoming a regular supporter of the Rainforest Alliance’s community forestry initiatives across the world’s most vulnerable tropical forests, including the Amazon; this approach is by far the most effective defense against deforestation and natural forest fires, but it requires deep, long-term collaboration between the communities and the public and private sectors. ✔ Stay on top of this story and keep sharing posts, tagging news agencies and influencers. ⁣ ✔ Be a conscious consumer, taking care to support companies committed to responsible supply chains.⁣ Eliminate or reduce consumption of beef; cattle ranching is one of the primary drivers of Amazon deforestation. ✔ When election time comes, VOTE for leaders who understand the urgency of our climate crisis and are willing to take bold action—including strong governance and forward-thinking policy.⁣ ⁣ #RainforestAlliance #SaveTheAmazon #PrayForAmazonia #AmazonRainforest #ActOnClimate #ForestsResist #ClimateCrisis 📸: @mohsinkazmitakespictures / Windy.com

Fires are one of the worst issues for our rainforests, and they are only getting worse as mentioned above. Loss of habitat and so much more is creating devastating situations. We rely on the Amazon for at least 20 percent of our oxygen and with it having been on fire for weeks now, that oxygen isn’t playing in our favor. While efforts are being made to put these fires out, will those efforts be enough?

Newsweek reported that Doug Morton a NASA scientist said as follows in regards to these terrible fires:

“Fires are directly burning into the Amazon rainforest and that releases the carbon stored in those trees.”

“The carbon then enters the atmosphere as carbon dioxide or methane, where it contributes to the greenhouse gases that are causing climate change, bringing us a warmer and drier planet.”

The untamed wilderness that the Amazon holds is something we even now do not completely understand and should not be working to harm in any way. The Amazon has more species of primate than anywhere else on Earth and the range of species of just about all wildlife there is mind-blowing. These fires could speed up global warming and do more harm than you could ever imagine. To learn more on the topic please feel free to check out the video below.