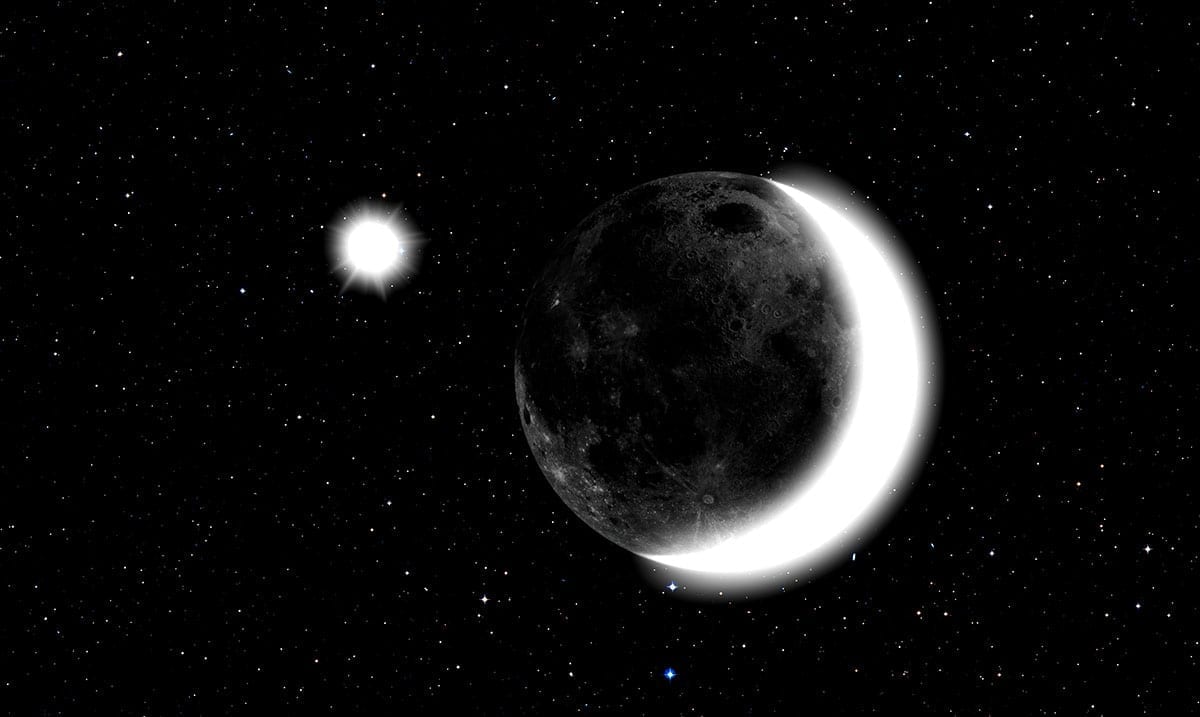 Watch The Moon Pair Up With Venus

On the 19th of June, there will be a ‘Lunar occultation’ of Venus. This for those who do not know means Venus will pass behind the moon itself.

This is something we should all be able to see on some level but not many of us will be able to see the planet itself pass behind the moon. For instance, here in the US, we will be more likely to see Venus going into and out of the moon in appearance depending on what time you end up taking a peek. If you’re wanting to see it properly I suggest taking your telescope out if you have one and locating the moon and Venus in later hours and to the darker portions of dawn itself.

If you want to try and photograph this event BBC’s Sky at Night wrote as follows on how to:

The Moon’s angular diameter in our sky is about half a degree. Hold your little finger up at arm’s length and this is approximately 1° wide. You could hide two full Moons side by side behind it.

With a huge sky to wander around in, it’s not surprising that the tiny Moon rarely hides the planets. Actually, ‘huge sky’ is misleading because the Moon’s apparent movement is restricted to a 10°–wide corridor, centered on the ecliptic.

The ecliptic is a great circle that represents the plane of Earth’s orbit and the apparent path of the Sun against the stars over a year.

All of the main planets and the Moon have orbits aligned to the ecliptic. Each has a tilt that means it travels in its own narrow corridor around the ecliptic. The Moon’s orbit is tilted by a mean inclination of 5.15°, varying between 4.99–5.30°, hence the 10° corridor.

Even given this restricted movement, occultation encounters between the Moon and planets are infrequent enough to make them special, but on 19 June the Moon will pass in front of Venus in daylight.

The easiest way to locate the Moon and Venus on the morning of 19 June is to watch them rise above the east-northeast horizon before sunrise. They appear an hour before sunrise.

While the moon itself will be a crescent moon, this event will still be well worth watching and Venus should be easier to spot as a result. Of course, not all of us will have the best view, but we will all be facing an interesting sight. If you love looking at the night sky and star watching, this is something you should definitely look into.

Space.com wrote as follows on this celestial event:

If you live in a portion of northern and eastern New York State, New England or the Maritime Provinces of Canada, mark Friday, June 19, on your calendar. That morning the moon will rise with the brilliant planet Venus hidden behind it.

Shortly after the moon clears the east-northeast horizon, Venus will dramatically emerge into view, the end of what astronomers refer to as an “occultation.” Both objects will be crescents at the time, the moon being 4% and Venus 8% sunlit, adding to the beauty of the event for those having small telescopes.

But what if you live elsewhere? It still will be worthwhile setting your alarm clock for about an hour before sunrise to have a look. Rather than partake of the usual “inside the eyelid show” at that somewhat ungodly hour, you will be rewarded instead with a view of a beautiful celestial rendezvous as a slender crescent moon appears in close proximity to the brightest planet in our sky.

Will you be taking the time to view this event? I know I will be out with my telescope. Things like this are always mesmerizing.