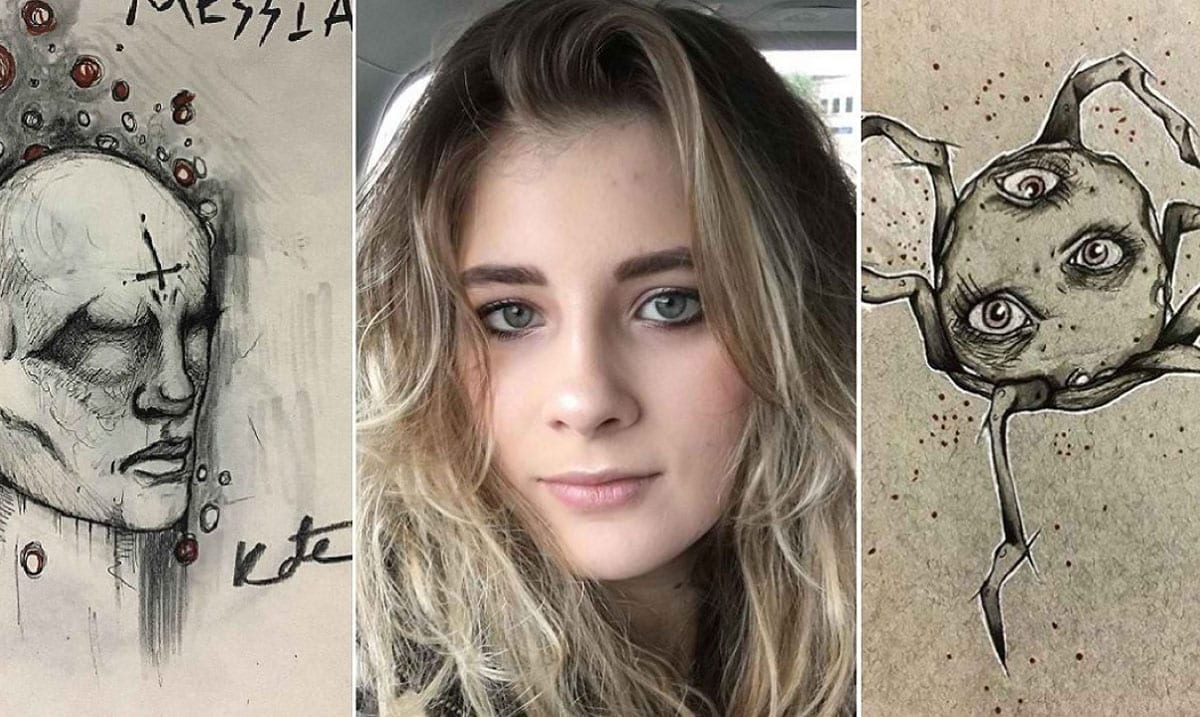 I Was Diagnosed With Schizophrenia At 17, So I Started Drawing My Hallucinations To Cope With It

Schizophrenia can be a debilitating mental disorder that causes the person coping with it to experience hallucinations that confuse their idea of reality. However, one woman named Kate that has dealt with the disorder since she was 17 years of age has found a unique way to deal.

According to Kate, she has always been an artist. Of course, she didn’t realize how important her talent was until she was diagnosed with schizophrenia. The stigma she deals with on a day-to-day basis has made it hard to relate to others, however, she remains honest regarding her illness. Kate, a beautiful 18-year-old woman finally went to the doctor when her parents realized her sickness. According to her, when she draws her hallucinations, it provides more help to her than any medication could ever bring. Kate explains that she hallucinates bugs pretty often, and that her illness makes her feel as ‘worthless as a fly.’ This is Kate’s self-portrait after looking in a mirror. Unfortunately, due to her illness eyes oftentimes look strange. Due to her illness, she hears voices, sound effects, random noises, and faces are distorted. She says that this bird sings to her. Due to her illness, Kate feels pretty low. She oftentimes wants to be another woman, a prettier woman, and just maybe, if she could, she would be prettier. Sometimes her voices tell her to light things on fire. Her biggest struggles are with communication, paranoid thoughts, depression and anxiety. In one example, she painted how she sees disembodied eyes. One horrific hallucination for Kate is that she sees this crawling around and making strange noises.