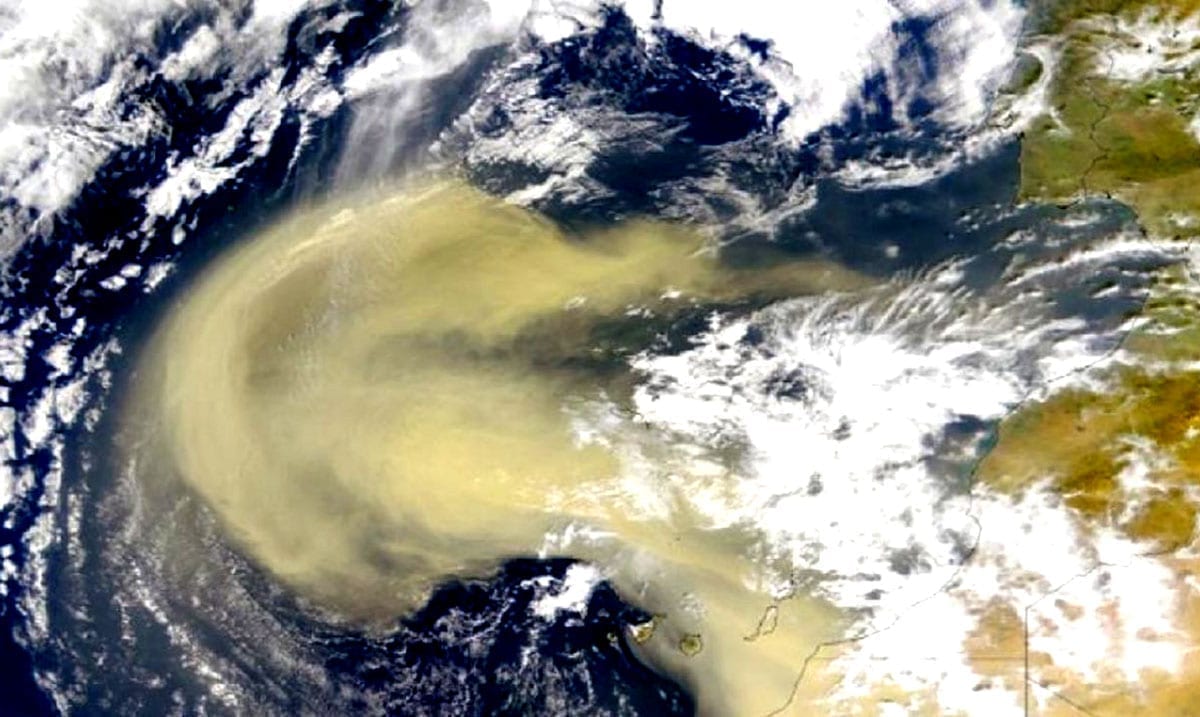 We’ve all heard news of the Saharan dust that is supposed to be arriving here in the US soon but most of us don’t quite know what that means. While it is scary and can be dangerous, it’s not going to be the end of the world.

Dust like this travels around usually during this time of year but this specific cloud of dust is much more intense than the others we’ve seen before. For many different areas, it seems somewhat warnings have been going out so that people will know how to prepare for such events and what this kind of thing holds. According to Fox News, amidst all of this, there is also a severe weather threat for Central US.

CNN just earlier today (June 25th) reported that this dust will likely overtake ‘entire states’ and noted that their meteorologist Tyler Mauldin believes even Illinois and Ohio could be brought into the mix. This dust could be quite an issue for those with respiratory problems so if you have asthma or are dealing with the COVID symptoms you should definitely do your best to be aware of this and how it could affect where you are.

CNN reported as follows on the topic:

An area of higher pressure over the Southeast will allow the Saharan dust layer to move into much of the Gulf Coast region over the next couple of days.

Forecast models show a lighter amount of dust moving into the Gulf Coast states on Thursday morning. This week’s more dense concentration, seen in images across the Caribbean, won’t move fully into the southern US until later today and into the weekend.

Portions of Texas, Louisiana, Alabama, and Florida could see milky-looking skies and an enhanced sunset this evening.

“The main impacts of the Saharan dust will be hazy skies during the day, locally reduced visibility and degraded air quality,” the Weather Prediction Center said. “However, this will also make for some very colorful sunrises and sunsets with deeper oranges and reds compared to normal.”

By Friday and into Saturday, the dense plume will move across all of the southern US.

Through the weekend, a thinner amount of dust will advance across much of the eastern US. At the same time, a denser concentration will hang around the Southeast, mainly Alabama, Georgia, and Florida.

“Some of this dust will settle to ground level,” CNN meteorologist Chad Myers says. “People should monitor their local air quality and possibly limit outdoor exposure.”

This dust issue in itself is quite interesting and many are even calling it historic. Air quality conditions as bad as this plume of dust are bringing are not something we see often. For those who may be wondering this dust plume was driven initially by several smaller storm systems that led to a large amount of dust being lifted up into the atmosphere from the Sahara. Because this is a significantly higher amount of dust than usual, it is being monitored quite close and we’re all being kept in the loop.

Sahara Dust before and after,this is PR right now,the worst dust ever. pic.twitter.com/lLxMv8mo6h

CBS News wrote as follows on the health impacts this plume of dust could have:

The dust was so thick that the Barbados Meteorological Services issued a “Severe Dust Haze Warning” urging residents to take action due significantly reduced visibility and potential respiratory problems for people who experience difficulty breathing.

NASA satellites measure the intensity of dust clouds with a metric called Aerosol Optical Thickness (AOT). This metric indicates the degree to which aerosols prevent the transmission of light through the atmosphere: 0.01 indicates crystal clear skies, 0.4 corresponds with very hazy conditions, and a 4 means the pollution is so dense the sun can not be seen in the middle of the day.

On Tuesday, AOTs measured around 1.5 — very dense — in the thickest of the dust mass near the islands of Hispaniola and Jamaica, restricting visibilities to less than a mile in parts of the Caribbean and making for very unhealthy air quality as measured by the World Air Quality Index Project.

Research shows airborne dust can have adverse effects on health, with one of the most important being pulmonary disease. Inhalation of dust particles into the airways can initiate an inflammatory immune response. Dust is most unhealthy for people with pre-existing conditions like COPD, asthma and allergies, but dust as thick as the plume heading towards the U.S. may even be harmful to otherwise healthy people, if exposure lasts too long.

Another complication posed by this imminent dust cloud is its coincidence with COVID-19. A recent Harvard University study found that increased pollution, specifically particulate matter, like dust, can lead to higher hospital admissions and death rates from COVID-19. Health officials recommend wearing a mask for protection from inhaling the dust.

Cases of COVID-19 have been on the rise in Florida and Texas, which are in the path of the plume. As the dust overspreads the Southeast and then Texas, air quality index numbers are expected to be in the unhealthy range.

To learn more about this interesting ordeal take a look at the video below. While it should all blow over quickly this is quite confusing to learn about and leaves many wondering just how things will play out. I for one am not too concerned but do see how this could be a real issue.