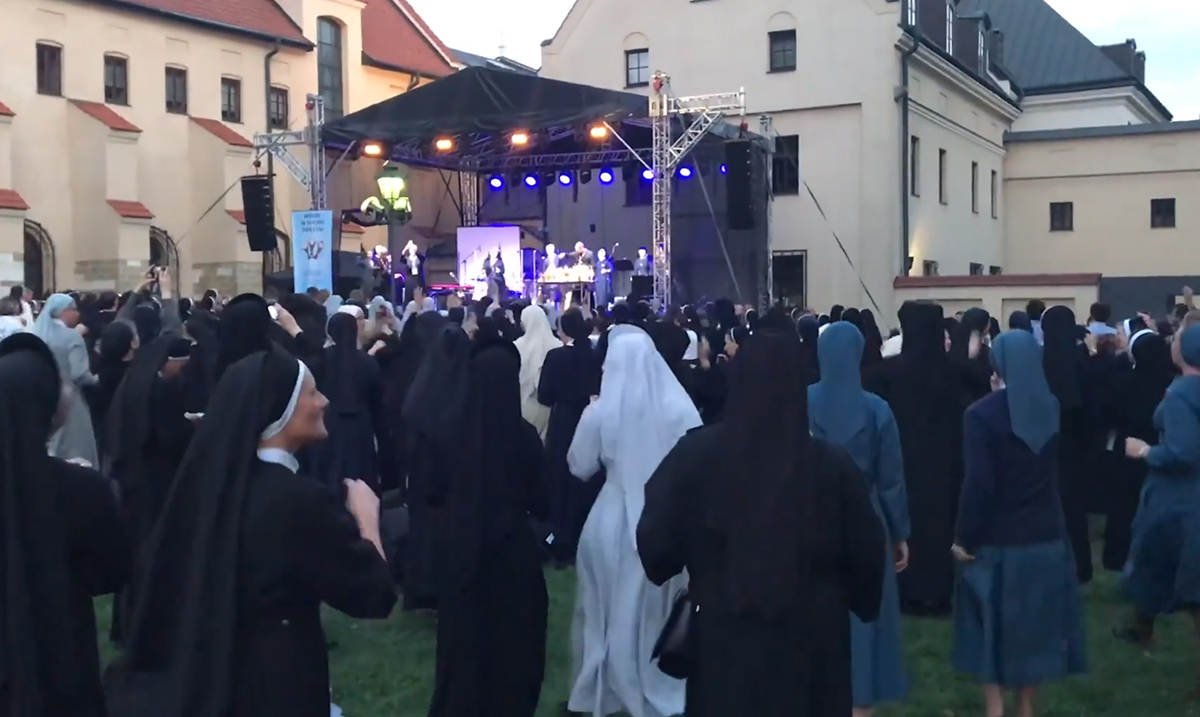 If you haven’t already seen this video then you are in for a treat. While a lot of people who upload this video claim it is from a ‘nun rave’ we really don’t know its true origin just yet.

A lot of the posts you will see of this video mention that it is from the Netherlands but honestly, I don’t believe it is as legitimate as it looks. While whoever dubbed the sound and sped things up did it well, you can still kind of tell that the music is not what it is supposed to be. That being said, perhaps it is legitimate, wouldn’t that be funny?

We do not know much about this video or where it came from even now but for the past few days, many have been making it into quite the joke. It really does look like they are dancing to rave music and having a good time. That being said, I believe perhaps it is another video of the Dancing Polish Nuns who went viral a couple years ago. While we haven’t seen much from them since then they are still carrying on and it would make sense that someone would want to dub over their videos to make things a bit more interesting, right?

As you might have noticed nuns do not necessarily fit the stereotype these days that they used to so perhaps this video is a good thing. Whether or not they enjoy raves doesn’t really matter but the smile that this video has brought to many though minuscule is worth noticing. We’ve seen nuns do everything from smoke and grow marijuana to even rapping in recent times. Would the idea that they liked rave music really be that shocking?

Have you seen this video or do you know it’s true origins? I for one think that regardless of where it came from it is well worth watching. They sure are getting down and having fun whether they’re actually listening to EDM or not. Would you ever be down to go to a ‘nun rave’ if there were such a thing?