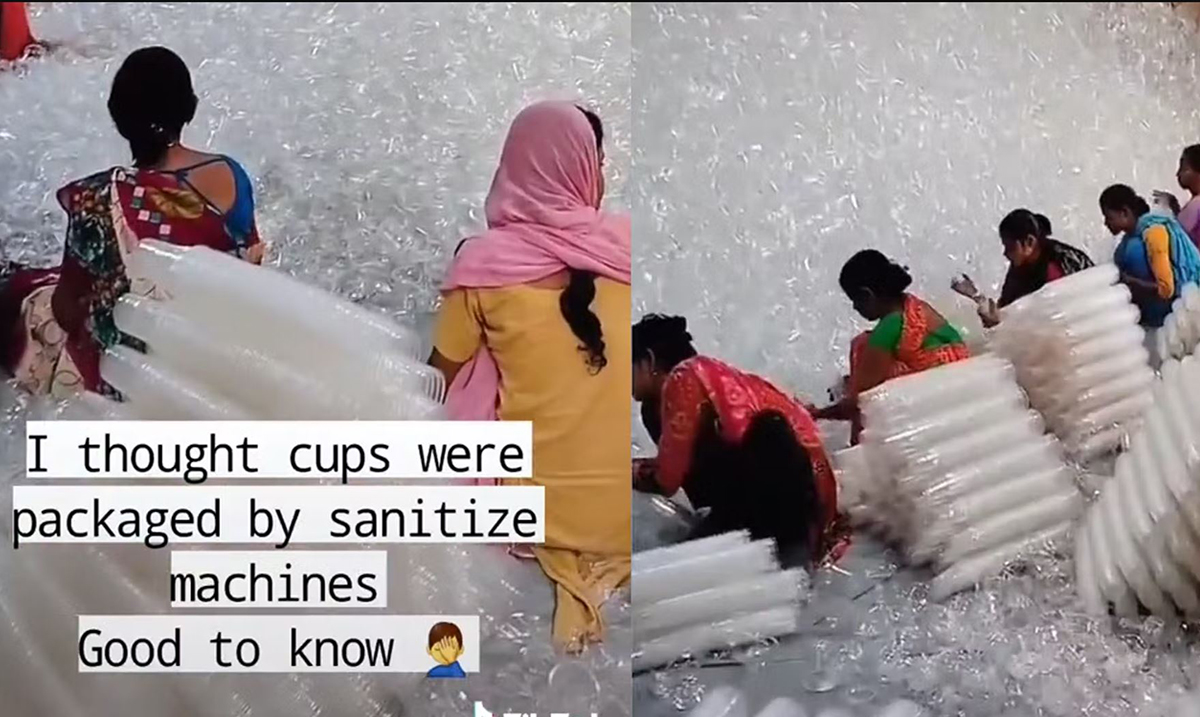 Before you proceed to the rest of the article, take a moment and imagine how you believe plastic cups are packaged to be sent to stores. If you are like me, you likely have hopes for sanitary practice, however, if this video is true, we are way off base.

The video posted to TikTok was posted by Eric Mina and shows workers packaging single-use plastic cups. Since being posted, the video has gone viral and sparked a lot of controversies.

“I thought cups were packaged by sanitized machines, good to know,” he typed in the overlay text over the video.

In the video, a group of women is seen standing on what appears to be a vast mountain of cups, which they package by hand. Since being posted the video has been viewed over 5.4 million times and has been commented on thousands of times.

Comments on the video question whether or not the practice is sanitary.

“Yeah, this just isn’t sanitary, that garbage company should provide a mask, hairnet, and gloves at MINIMUM…. That’s a fact,” one user said.

“Nooo, now I can’t unsee this!! These were the only thing I didn’t have to wash”  another commented.

Other commenters said what I was thinking, which is that the worker’s well-being and pay rate should be called into question.

“Ya worried bout the cups not being sanitized… ya don’t see the condition they working in… you kno they get paid less then 1$ to do this all day,”  one commenter chimed in.

Other commenters didn’t believe the packaging to be unsanitary at all. “I don’t think bacteria survive that long anyway,” explained one.

Another said, “I don’t think bacteria survive that long anyway.”

“These comments. Like automated packing equipment instantly sanitizes things. … Some of y’all have never stepped foot in a factory,”  another stated.

You can read the full list of comments on your own, by viewing the video below. I’m honestly not sure what to think but am more concerned for the workers, versus having concerns about the sanitary aspect. Although, it does look like they are barefoot. What do you think?