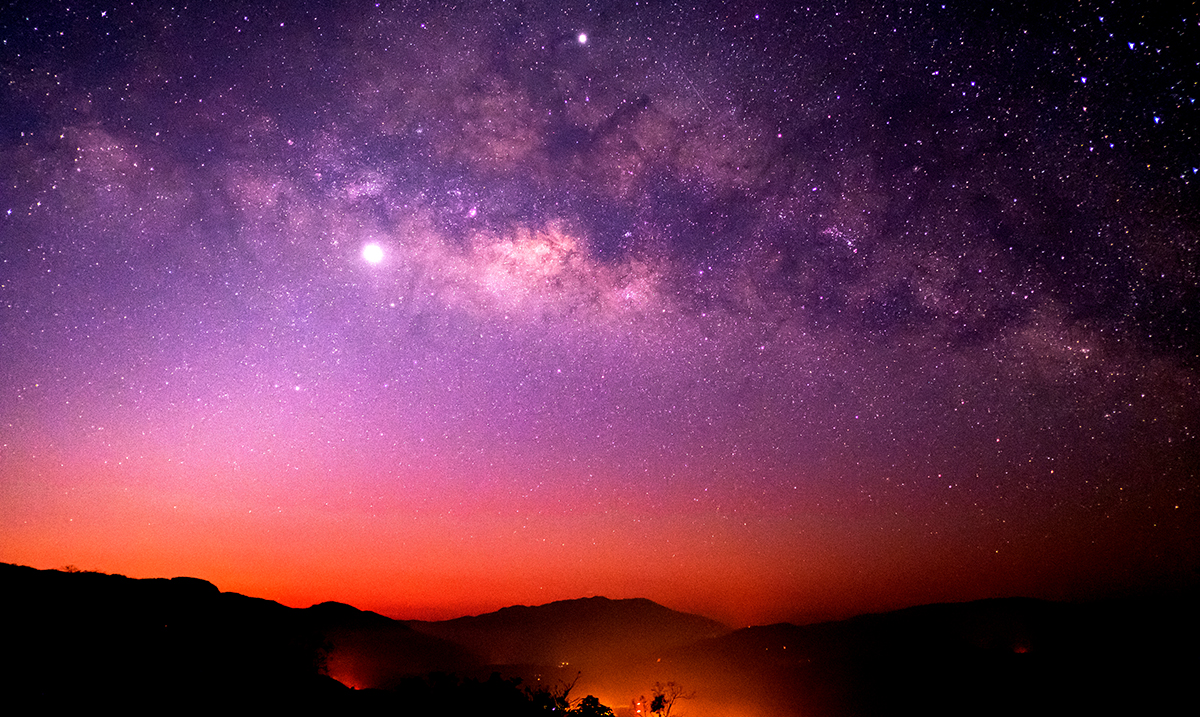 Both Jupiter and Venus will both be present in the night sky on Sunday and since the moon will be nowhere in sight they will be the main things really lighting up our world through the night. Since these are the two brightest planets visible from ours, seeing them is always a pleasure. The closer you look the more clear they become.

Because these two planets move closer and closer to one another as November progresses they should be easy to spot. While not necessarily that big they are not something most would be capable of missing. On November 24th (Sunday) they will be conjunct and thus seem to almost be hugging one another in a sense.

In regards to viewing Venus and Jupiter, Space.com wrote as follows:

Venus — is still quite low in the southwest twilight. Although it shines at a brilliant magnitude of -3.8, it’s hard to locate until 10 or 15 minutes after sunset.

Look for it there in the afterglow of the day starting just 30 or 40 minutes after sundown. For observers around 40 degrees north latitude, it sets about 1 hour after the sun when November begins and about 1¾ hours after sunset — just after the end of twilight — by the end of the month. Venus is gradually getting higher and easier to see, a trend that will accelerate and propel the planet to prominence in December. Telescopes will show it as a small, trembling, ever-so-slightly gibbous globe. Venus interacts with Jupiter in spectacular conjunction on the evening of Nov. 24 and with a crescent moon on Thanksgiving. More details can be found in the Jupiter section.

Jupiter — which has been a prominent fixture in the evening since the start of the summer, shines at magnitude -1.9 but now lurks very low in the southwest at the disk, getting lower every week. At mid-northern latitudes, Jupiter sets almost 2½ hours after the sun as November begins but only about 80 minutes after at month’s end. When November begins, Venus sits far off to Jupiter’s lower right. As Jupiter drops lower and Venus ascends, these two planets are headed toward an eye-catching rendezvous during the final week of the month. Watch as they slowly approach each other as the month progresses. Then, on Nov. 24, Venus overtakes Jupiter resulting in glorious conjunction, low in the southwest sky about 45 minutes after sunset. They are separated by 1½ degrees with Jupiter positioned to Venus’s upper right. Jupiter shines at a dazzling magnitude of -1.8, and yet it is no match for Venus which glows more than 7 times brighter. Finally, on Thanksgiving Day, invite your family and friends to step outside about 45 minutes after sunset and look low toward the southwest sky for a spectacular gathering of a thin crescent moon and the two brightest planets, Venus and Jupiter. Jupiter will be nearly 5 degrees to the right of Venus, while a slender sliver of a crescent moon hovers less than 1½ degrees above Venus.

While you might still be able to see them for the rest of the week, this weekend is your best chance and will provide you with the most amazing view because of the moon phase and the conjunction that is occurring. You won’t need special equipment unless you want to get an even better look. While a telescope is always better your naked eyes will work just fine as well.

For more information on November and the amazing things, it’s brought us please feel free to check out the video below. I know I will be taking the time Sunday to look at the night sky, will you? Isn’t space fascinating?