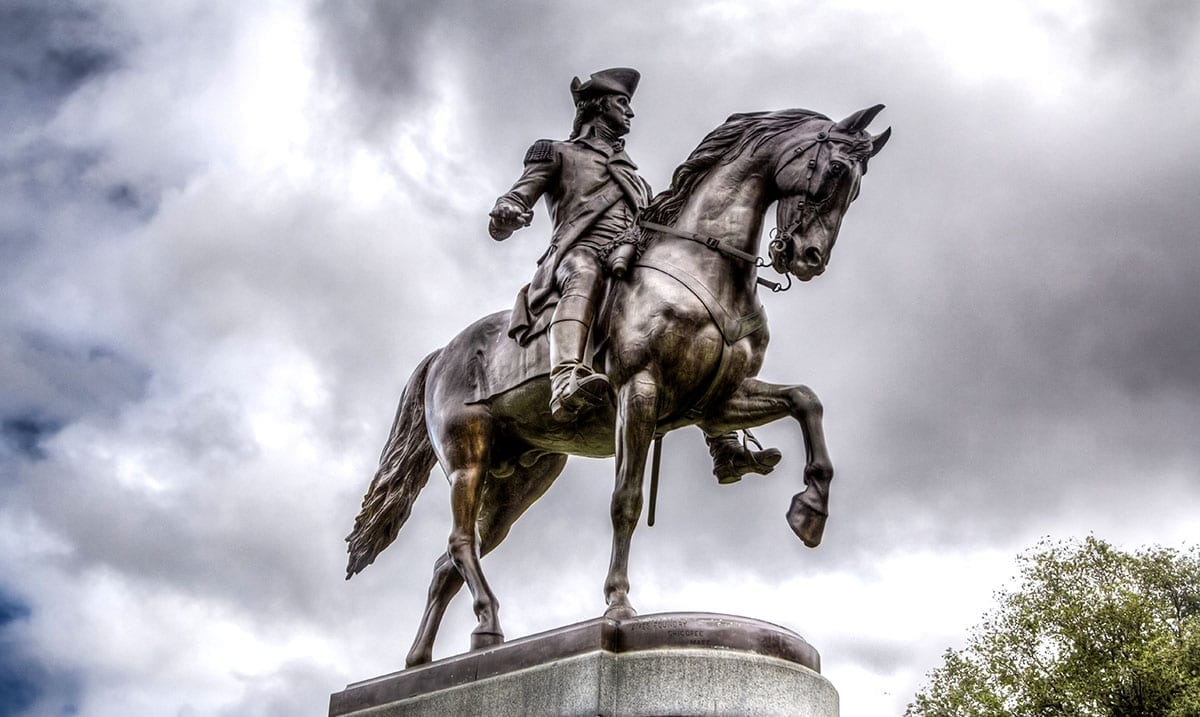 According to CBS News, a statue of George Washington was this past Thursday pulled down by ‘protestors.’ As we all are aware change is being called for at the moment and a lot of things are going on here in the US that many agree with and many well, don’t agree with.

Reports of this event are said to have initially come from the news source KOIN and it seems in all of this, protestors were attempting to set up some kind of ‘autonomous zone’ like what we’ve seen currently in place in Seattle. Protests and riots have been taking place for quite some time now ever since the wrongful killing of George Floyd and things do not seem to be dying down anytime soon.

KOIN wrote as follows on this statue coming down and the events at place right now as a whole:

Thursday marked the 21st day of protests in Portland sparked by the death of George Floyd at the hands of Minneapolis police. Two groups — Rose City Justice and Lavender Caucus — hosted a sit-in rally at Jefferson High School in the evening where community members shared their experiences with racism to a crowd of a few hundred. The group did not hold a march.

A separate group of about 20 people met at NE Sandy Boulevard and NE 57th Avenue around 10 p.m. at the site of a large bronze statue of George Washington. Some wrapped the statue’s head in an American flag and lit the flag on fire. Their numbers grew over the next hour until there were enough people to pull the statue to the ground. They quickly scattered. A KOIN 6 News crew found the statue face down and covered in graffiti. Portland police arrived a short time later.

On the other side of the river, a small crowd of demonstrators stood outside of the Justice Center. They moved on after a short time and stopped near the Apple store in Southwest Portland but dispersed before midnight. Some said they wanted to rest ahead of Friday, which is Juneteenth.

Thursday’s events followed a peaceful march on Wednesday in which a large crowd marched through the streets of downtown Portland — eventually ending up in the Pearl District where they tried to set up a so-called “autonomous zone” outside Mayor Ted Wheeler’s residence.

As you likely grasp some people in all of this are trying to make change and be peaceful but others are taking things too far and causing the message behind all of this to be lost. It was also noted that the head of this statue was wrapped with an American flag and then lit on fire. This statue by the end of things was face down and ‘covered in graffiti’ which you can see in the footage within the tweet below.

To learn more about this take a look at the video below. As tension seems to be rising we are not sure what will happen next in all of this. Only time will tell just how far things will go and whether or not change is actually coming.