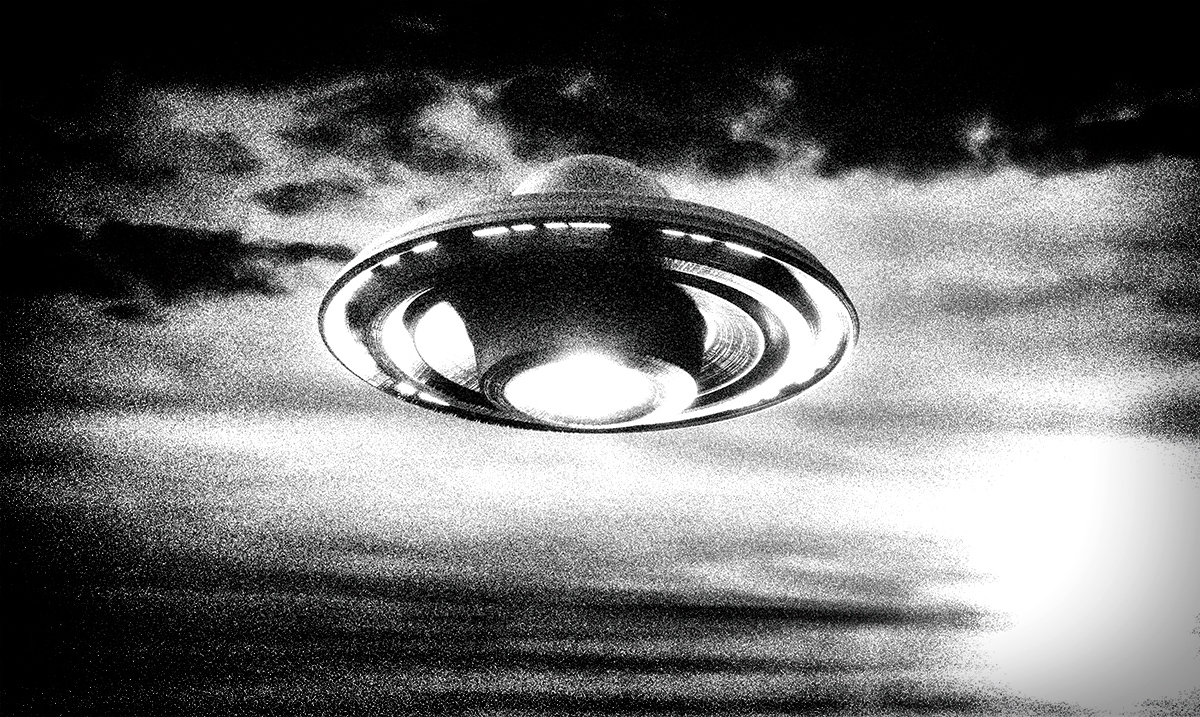 While most people won’t think much of these grainy videos but where they came from and what they reveal is quite fascinating. This footage was captured by the US Navy and was declassified just last year.

This footage was recorded back in 2015 on a Raytheon ATFLIR pod. This pod was mounted underneath a US Navy F/A-18 jet and was flying at around 25,000 feet at the speed of a Mach 0.62. This kind of camera makes attempts to lock onto an object that is moving what it deems extremely fast and in this footage fails two times before locking in.

As you can see in the footage below, this is not something you see every day. While many people question the validity of this footage, a spokesperson from the US Navy has told Science Alert that these videos are without a doubt authentic. The flying craft seen in these videos is unidentifiable which as you might guess makes it deemed an unidentifiable flying object or UFO.

All of this having been said, that doesn’t mean this is some kind of alien craft or that the videos are evidence of aliens at all. It is just something unexplained and mind-blowing that brings forth questions we have not yet been able to find answers for. The Navy has on several occasions mentioned that these videos were not meant to get out to the public thus meaning their coverage was unexpected.

Vice wrote as follows regarding this kind of thing:

Navy spokesperson Joseph Gradisher told Motherboard that “the Navy considers the phenomena contained/depicted in those 3 videos as unidentified.” Previously, the Navy never addressed the content of the videos. The terminology here is important: The UFO community is increasingly using the terminology “unidentified aerial phenomena” to discuss unknown objects in the sky.

John Greenwald, author, and curator of The Black Vault, the largest civilian archive of declassified government documents, originally reported the news. Greenwald requested information in August from the Navy regarding the content of the three popular videos purporting to show anomalous aerial objects.

In 2017 and 2018, three videos taken by Navy pilots from their aircraft made national news. In December 2017, The New York Times ran a story about Navy pilots who intercepted a strange object off the coast of San Diego on November 14th, 2004, and managed to shoot video of the object with their F-18’s gun camera. Another video, which we now know the date of due to Greenwald’s request for information, was taken on January 21st, 2015, shows another anomalous aerial vehicle rotating as pilots comment on how strange the object is over their communication system. Months later, DeLonge, through his organization, To the Stars Academy, released a third video showing an object quickly fly over the surface of the water. That video was also recorded on January 21st, 2015 raising speculation that the two videos shot that day show the same object.

“I very much expected that when the U.S. military addressed the videos, they would coincide with a language we see on official documents that have now been released, and they would label them as ‘drones’ or ‘balloons,’” Greenwald told Motherboard. “However, they did not. They went on the record stating the ‘phenomena’ depicted in those videos, is ‘unidentified.’ That really made me surprised, intrigued, excited and motivated to push harder for the truth.”

Roger Glassel, a writer for the Swedish magazine “UFO-Aktuellt” and an expert who specializes in Freedom of Information Act Requests also said it was notable that the Navy is using this new terminology.

“That the Navy is using the term ‘Unidentified Aerial Phenomena’ shows that they have broadened what is expected to be reported by U.S. fighter pilots to investigate anything unknown in their airspace that in the past has been connected with a stigma,” Glassel told Motherboard. “If these investigations are due to an interest in finding the cause of the UFO phenomenon—in a ufology sense—or due to reducing flight hazards or to counter unidentified intrusions by known adversaries, and readiness for technological surprise remains to be seen.”

What do you think about all of this? I for one am so interested in what may come forth from this video and perhaps others like it. Could this actually be a UFO or is there some kind of explanation for it?