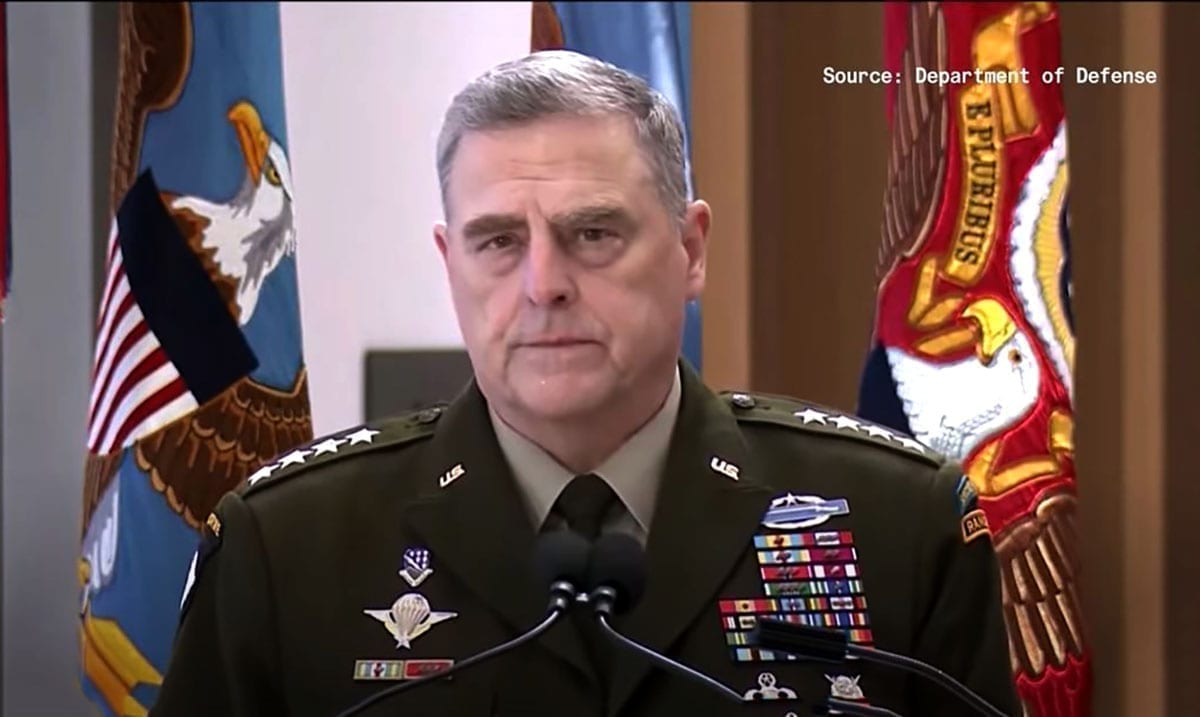 By Gerald Sinclair November 16, 2020 No Comments

The election in itself has had tensions high basically since voting began and while at this point Biden has won, many are refusing to accept that. This whole ordeal has many quite concerned with the things to come as President Trump still has time in office and well, things are all over the place right now regardless of your political views.

As of late, I have been seeing a lot of posts and things of the sort noting that many are wary about the integrity of the military’s apolitical nature and well, AP recently touched on that in a way worth noting.

AP wrote as follows on the topic going over some of the things Gen. Mark Milley has said:

Milley was speaking Wednesday at the dedication of an Army museum in a week that saw President Donald Trump fire Defense Secretary Mark Esper and install three staunch loyalists to senior Pentagon policy positions. The abrupt changes have raised fears about what Trump may try to do in his final two months of office — and whether the military’s long held apolitical nature could be upended.

Milley’s comments, made as he stood alongside Esper’s successor, acting defense chief Christopher Miller, reflected a view he has long been passionate about: the military’s unequivocal duty to protect and defend the Constitution — what he called the “moral north star” for everyone in uniform.

But his message in a time of turmoil — Trump has refused to concede his election loss — was unmistakable: The military exists to defend democracy and is not to be used as a political pawn. “We take an oath to the Constitution,” Milley said, adding that every service member “will protect and defend that document regardless of personal price.”

Trump’s motives for the Pentagon shakeup are unclear, but it has created a great deal of unease within the building. Was he simply striking out at Esper and others he deemed not loyal enough? Is there a broader plan to enact policy changes that Trump could tout in his final days as commander in chief? Or, in the most extreme scenario, would Trump try to get the military to help him stay in office beyond Inauguration Day?

Milley has pushed back against that last possibility, telling Congress that “In the event of a dispute over some aspect of the elections, by law U.S. courts and the U.S. Congress are required to resolve any disputes, not the U.S. military.” He said service members must not get involved in the transfer of power after an election.

Trump had grown increasingly angry with Esper, who openly disagreed with his desire to use the active-duty military during the civil unrest in June. Esper also had worked with military leaders to talk Trump out of complete troop withdrawals from Syria and Afghanistan.

If the motive is to hand Trump some quick policy changes, then filling top jobs with more amenable loyalists will help — particularly in any effort to impede the smooth transition of power to President-elect Joe Biden. Accelerating troop withdrawals may also be a goal — but there is a fairly limited pool of other options.

Swift and radical changes in Trump’s final 10 weeks are unlikely in a building that prides itself on exhaustive planning. The Pentagon is a massive bureaucracy and doesn’t turn on a dime. And while the department is rooted in the democratic bedrock of a civilian-controlled military, the members of the Joint Chiefs of Staff are powerful presidential advisers with decades of experience and armed with documents detailing the potential consequences of national security actions.

Basically, this General seems to be standing firm even though there is a lot of turmoil being faced right now and while we do not know what the months to come hold, we should all remain positive. That being said, the politicization of the military is something we should perhaps be aware of on some level when it comes to all of this.