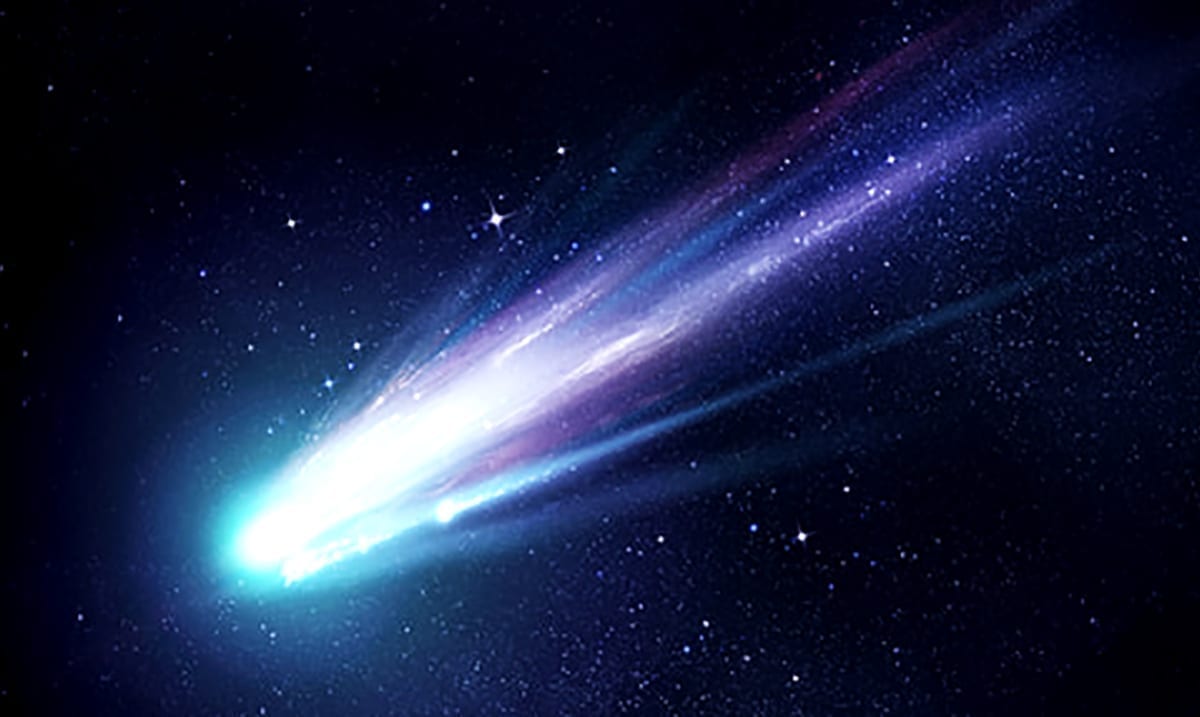 Unusually Bright Comet Might Soon Light Up Our Skies

By Gerald SinclairMarch 26, 2020No Comments

A comet known as C/2019 Y4 ATLAS is about to pass us by and many are quite excited as it could be extremely bright. While normally comets are quite faint this one could prove to be quite the show.

Sure, at the moment it might not be bright enough to see but as it continues to get brighter it might be something well worth taking the time to view. According to EarthSky’s website, at the moment this comet is crossing Mars’ orbit and approaching the inner solar system. The closer it gets the brighter it gets and we may be able to see it well with binoculars or perhaps even our naked eyes depending on how things progress as it gets nearer.

Just days ago astronomer Alessandro Marchini who happens to be the director of the Astronomical Observatory at the University of Sienna in Italy wrote as follows regarding this comet:

“During this surreal period of health emergency for the Covid-19, I’m trying to use our social channels to entertain people forced at home. This evening I observed th comet C/2019 Y4 ATLAS during a Facebook Live streaming and here is a time-lapse I made with the images I acquired with our telescope. I hope all is fine with you.”

The video associated with this posting can be found below and is quite interesting to see as you can tell very prominently how bright this comet is in comparison to the things surrounding it. While this comet won’t be passing us as closely as we might want, it will be around 72,610,769 miles (116,855,705.43 km) away which is closer than you’d think. It will end up passing very close to the sun beforehand though which might cause it to disintegrate before we actually get the show we are hoping for.

In regard to this comet and it’s brightness Psys.org wrote as follows:

Shortly after its discovery, C/2019 Y4 (ATLAS) began growing brighter than expected—a lot brighter. So bright that it can now be seen by amateur astronomers with binoculars. It is expected to reach its peak brightness at the end of May. Making it even more exciting is its color—slightly green.

Those who have been tracking the comet note that it jumped from magnitude +17 in February to +8 just a month later—a 4000-fold increase in brightness. At such a rate, it could be visible to people in zones free from light pollution with their naked eyes in just a couple of weeks.

A comet grows brighter as it moves closer to the sun because it burns more intensely and releases more frozen volatiles. But because of their nature, it is impossible to predict whether they will remain intact—many comets burn up entirely and simply disappear. If Atlas manages to remain intact, some in the field have suggested it could grow from magnitude +1 to possibly -5. At the brightest extreme, it could be visible even during the day.

If this comet does become bright enough to be seen properly it will be best viewed in the Northern Hemisphere. This kind of thing many have been waiting to see and considering it has been a very long time since we’ve seen such a bright comet make rounds in such a manner, this treat is something we cannot help but be excited for. While we still have a little way to go before we know for sure how this will play out it would be a light within the dark for a number of reasons.

Space.com on this topic mentioned that this comet itself has an orbit almost identical to that of the Great Comet of 1844 and even John Bortle who happens to be an expert in the world of comets claims to be stumped by this object. While this might not sound like much if it proves to be a good show it will be remembered forever.

Space.com wrote as follows noting where to look and what to expect when it finally gets closer to us:

The only thing left to do is to track Comet ATLAS in the days and weeks ahead. Fortunately, its path in March and April will be very favorable for Northern Hemisphere observers, as it will be circumpolar and always remain above the horizon. As darkness falls, it will be positioned more than halfway up in the north-northwest sky. Right now, the comet is in western Ursa Major, and it will shift into the boundaries of Camelopardalis the Giraffe — a rather dim, shapeless star pattern — by March 29. There it will stay, right on through the month of April.

As to how bright Comet ATLAS will get, that’s anybody’s guess. It might become faintly visible to the naked eye under dark sky conditions by mid- or late April. By mid-May, when it disappears into the bright evening twilight, perhaps it will have brightened to second magnitude — about as bright as Polaris, the North Star.

Whether ATLAS continues to over perform and shines even brighter, develops a significant tail or suddenly stops brightening altogether and remains very faint and ghostly are all unknown right now. We’ll just have to wait and see.

To learn more about this comet check out the videos below. Will you be taking the time to view if you get the chance? I for one will be keeping my eyes peeled.