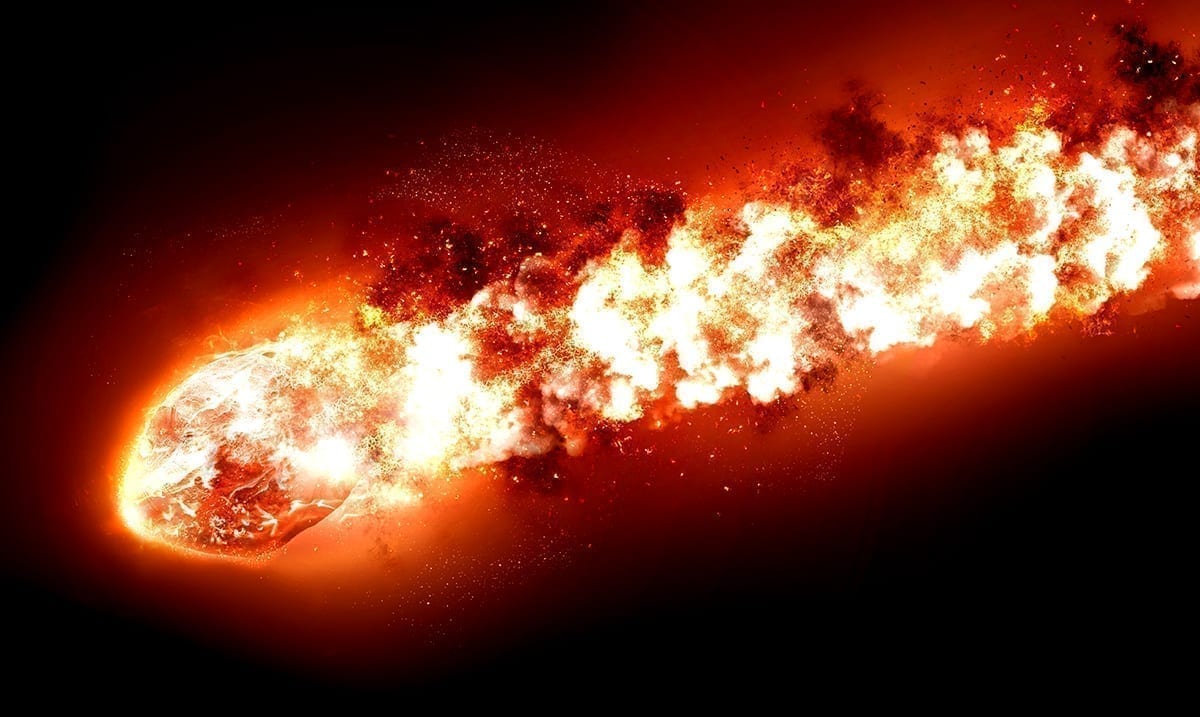 By Gerald SinclairAugust 14, 2020No Comments

Meteorites are something that people come across more often than most would assume and well, while most of them are not that unique some of them are something quite special. In recent times ScienceMag has written about a specific one that really brings a lot of questions forth.

The specific posting referenced above is about a space rock found on the 23rd of April in 2019 and while broken into pieces its fragments are known as Aguas Zarcas, and they’re a ‘carbonaceous chondrite.’ For those who do not know that in itself is something quite spectacular. These meteorites are rich in carbon and hold organic molecules within them.

ScienceMag wrote as follows on these unique space rock fragments:

From the beginning, the inky Aguas Zarcas resembled a legendary carbonaceous chondrite that exploded in 1969 over Murchison, an Australian cattle town. Geology students helped collect about 100 kilograms of Murchison, and a local postmaster mailed pieces of it to labs across the world. To date, scientists have recognized nearly 100 different amino acids in it, many used by organisms on Earth and many others rare or nonexistent in known life. Hundreds more amino acids have been inferred but not yet identified.

Murchison also contained nucleobases, the building blocks of genetic molecules such as RNA, and in November 2019, researchers found a major component of RNA’s backbone: the sugar molecule ribose. This half-century parade of discoveries jump-started the now-flourishing field of astrobiology. “We’re not detecting life itself, but the components are all there,” says Daniel Glavin, an astrobiologist at NASA’s Goddard Space Flight Center. “I wouldn’t have a job without Murchison.”

The 30 kilograms of primordial leftovers from Aguas Zarcas hold similar promise. But these new pieces are 50 years fresher than Murchison, allowing scientists to apply modern techniques to preserve and probe what amounts to fragile lumps of unspeakably old clay. They could sniff out delicate organic compounds long evaporated from Murchison. They could hunt not just for amino acids and sugars, but also proteins, which have long been suspected but never confirmed in a meteorite. And if they were clean and careful, they could hedge against a perennial criticism of the Murchison finds by ensuring the molecules discovered inside were native, and not contamination from Earth’s own microbes.

When rocks like these hit the Earth many collectors and people of that nature flock to try and pick up as much of it as they possibly can. These rocks are billions of years old and are so rich in science. While not much information on all of this is known, there are papers coming ScienceMag noted, and well, we can only hope to dive into them when they do come out.

Different fragments hold different things and well, all in all, there is so much mystery and history of our universe locked within each fragment of this kind of thing. Some labs are even looking into Aguas Zarcas for clues to a later stage of Earth’s evolution as a whole. Yes, it could show us much more than most would imagine in time. To learn more about this amazing type of meteorite click here.