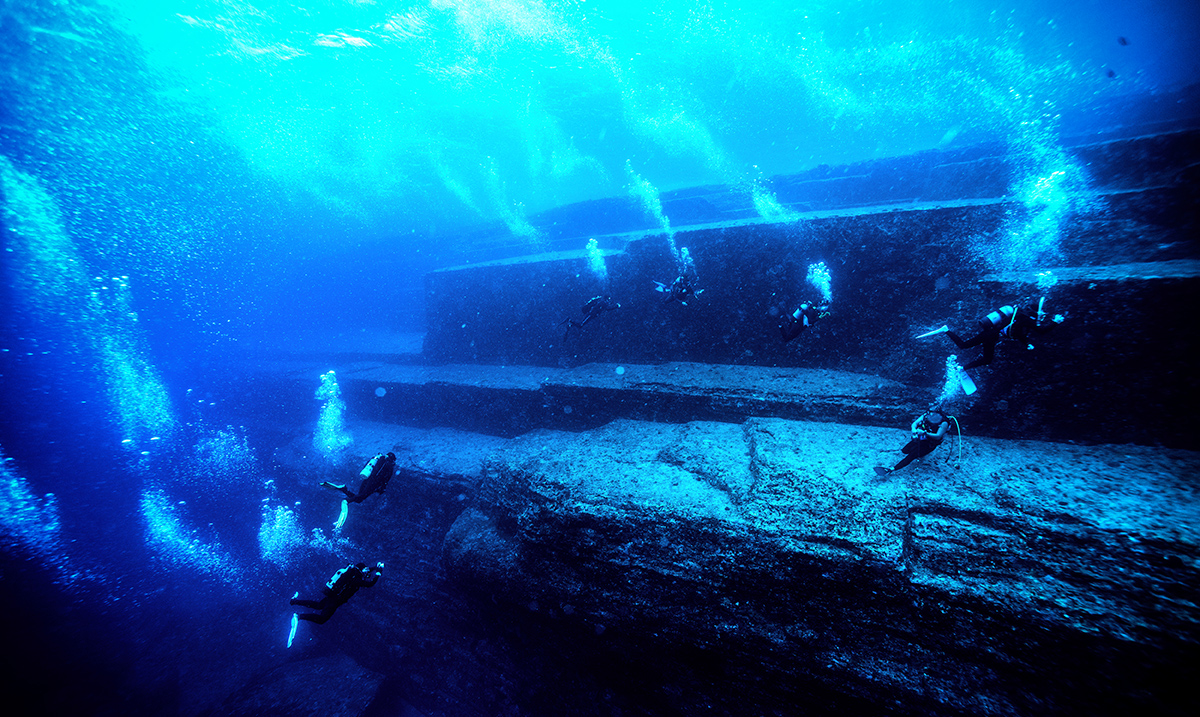 Underwater Pyramid Found Near Portugal In 2013, Many Believe Could Be Linked To Atlantis

By Gerald Sinclair October 1, 2019 No Comments

While the search for Atlantis is nowhere near over, it seems that many think a specific area in/near Portugal could be it’s home. The Azores is a place that holds lots of mysteries and as more and more is uncovered there the truth is beginning to come forth.

According to the Portuguese American Journal back in 2013, an underwater pyramidal structure was identified off the coast of Terceira Island. This structure was sighted by a private yacht owner whose name is Diocleciano and it’s presence was made known in the midst of evidence being identified that showed there were humans living on Pico island that predated the arrival of the Portuguese by thousands of years.

You see, several Azorean islands seem to have pre-Portuguese evidence present on them and that in itself feeds into the idea that the area itself could have been home to Atlantis itself.

Many people seem to believe the Azores, in general, are Atlantis or have a deeply rooted connection with it The Atlantis Project wrote as follows in regards:

Their location is one reason that The Azores are posited as the location of Atlantis. Atlantis was hypothesized to be a large island in the ocean that surrounds the continents — placing it in the mid-Atlantic, where the Azores are.

An American congressman even took up this argument. Congressman Ignatius L. Donnelly published a book called “Atlantis: The Antediluvian World” in 1882. He suggested that the hilly islands were actually the mountain tops of Atlantis.

Beyond geography, archaeological evidence also supports this theory. Several artifacts – including coins and sculptures – were discovered in 1427 in The Azores, suggesting an advanced civilization with its own language. Rock art was also discovered there, and more modern scholars believe there may be subterranean temples.

While there is a lot of controversy regarding this pyramid and the artifacts found on the Azores islands in general but the presence of them at all shows just how much more research needs to be done in those areas. Whether it was at some point home to a secret trade route or something much deeper will eventually be known. Someone had to of been present in these areas to create the things we are finding and considering how old these things are dating back, it really does seem to align properly for a number of reasons.

While this pyramid is a fascinating discovery, it is important to weight the facts and not rely on internet articles for this. There are articles circulating that state this is a direct link to Atlantis and that the Portuguese navy is investigating. That is simply not true.

For more on this topic please feel free to click here or check out the video below. What do you think about all of this? Regardless of what these islands once were, they are truly beautiful in every sense of the word.