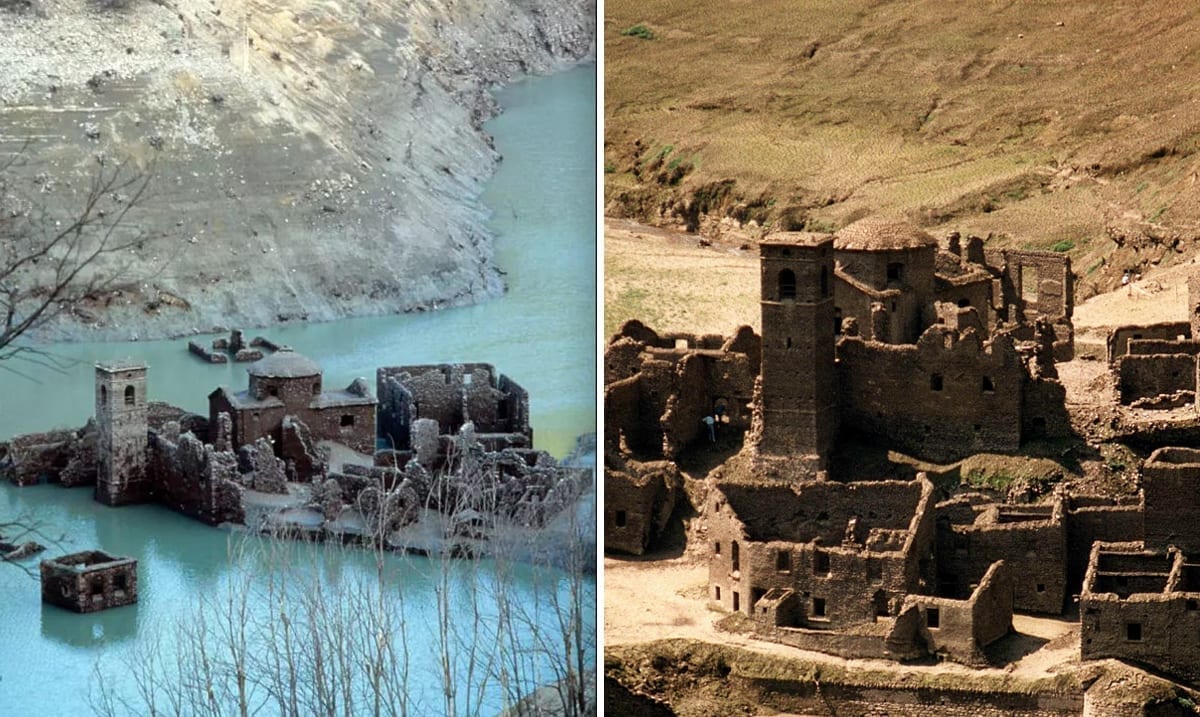 Underwater ‘Ghost Village’ Might Resurface For The First Time Since 1994

According to CNN, a village known as ‘Fabbriche di Careggine’ which happens to be in Tuscany could be uncovered once again somewhat soon. It has been flooded for a very long time and many believe it is a sight that should be seen.

This village was reportedly flooded back in the 1940s to build a hydroelectric dam and lake which is drained on occasion. It has not been drained since 1994 though which means this village hidden under the water has been untouched for a very long time. Apparently, many of the things this village held are still intact beneath the water that is now its home.

Not only does this ‘sunken’ village have a church but it also has a literal cemetery and so much more. This village when visible is a wonderful spot for tourists to visit and could have big benefits for the area in that sense. While draining the lake only happens on rare occasions for maintenance, it could happen sometime next year.

But now there are signs that the lake could be emptied once more — 27 years after it was last drained to reveal the village.

In a Facebook post, Lorenza Giorgi, daughter of former mayor of the local municipality Ilio Domenico Giorgi, indicated that the lake, which currently acts as a water reservoir in case of fire, could be drained next year.

“Reliable sources say that next year, in 2021, the lake of Vagli will be emptied,” she wrote.

“The last time it was emptied was in 1994 when my father was mayor and thanks to his efforts and to the numerous initiatives that with great efforts, was able to set up the entire town of Vagli and was able to welcome more than 1 million people,” she wrote.

Energy company Enel, which manages the artificial lake, told CNN in a statement that a working group is being formalized with the Municipality of Vagli di Sotto and Romei Srl to discuss tourism in the area. Redeveloping the natural environment is one of the initiatives up for discussion, the company said, including cleaning the Vagli reservoir and possibly emptying the basin.

This interesting village is from the 12th century and seeing it in person would likely be a marvelous treat. While we do not yet know for sure if these plans will be followed through on and whether or not this marvelous village will be visible again in the coming years but we can hope. It sure would be a wonder to behold.

To learn more about this village take a peek at the video below. Isn’t it interesting? I for one would love to visit if ever given the chance.