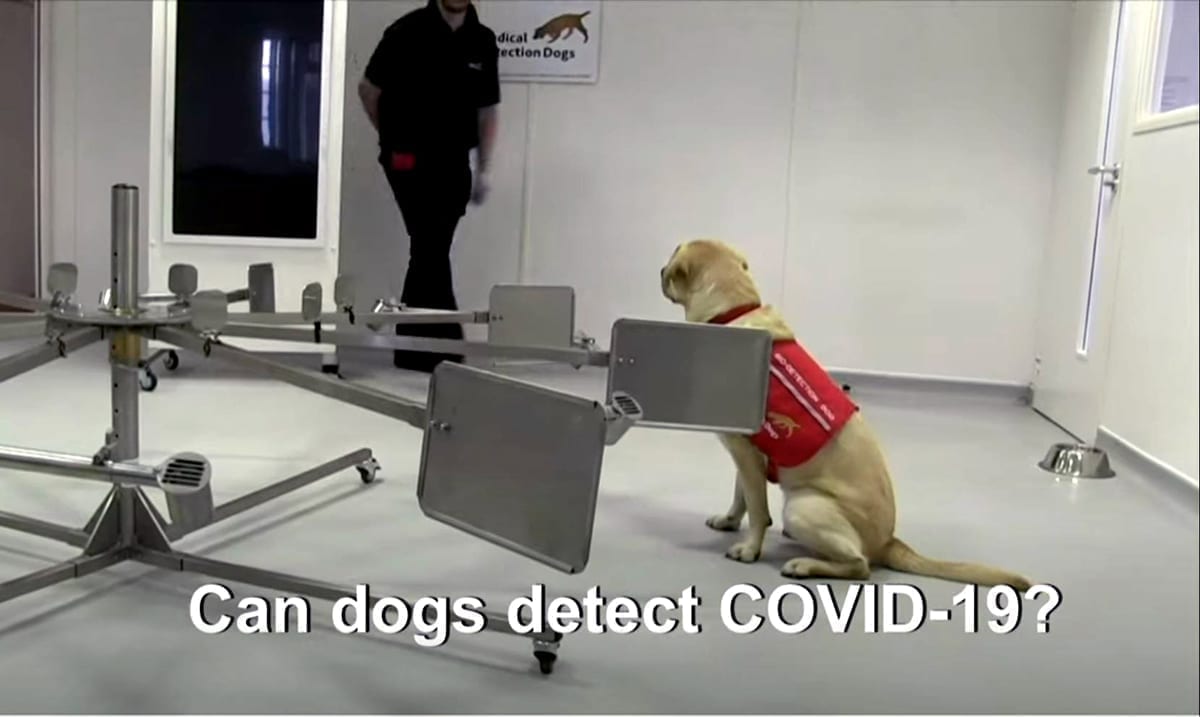 Back in March, it came forth that researchers believed they could train dogs to sniff out those with the novel coronavirus. Since then those researchers have been working on training dogs and well, we now have an update.

Sure, we’ve known that dogs could be great tools in finding things like bombs, drugs, and other things of the sort but the idea that they could figure out who was infected with COVID-19 to many sounds outlandish. However, according to ABC11 the London School of Hygiene and Tropical Medicine is working on exactly that. These researchers in recent times have uncovered that dogs could be used to detect Malaria infections which made them wonder whether it would be possible to do something similar with the current pandemic virus we’re facing.

While things are still up in the air right now they are working on training these dogs, and they could be able to essentially screen up to ‘250 people per hour.’ Isn’t that mind-blowing? Though it does make sense, if they can sniff out Malaria and cancer perhaps they too could sniff out COVID-19, right?

It has been said that these dogs if able to do as such could be used at places like airports to prevent further spreading of the virus itself. Though they would not replace traditional testing they would help big time considering how few tests we have and how many we truly need.

As follows was noted on this in a release posted on the London School of Hygiene and Tropical Medicine’s website:

Dogs searching for COVID-19 would be trained in the same way as those dogs already trained to detect diseases like cancer, Parkinson’s, and bacterial infections – by sniffing samples in the training room and indicating which contains the disease or infection.

They are also able to detect subtle changes in temperature of the skin, so could potentially tell if someone has a fever.

Once trained, dogs could also be used at ports of entry to identify travelers entering the country infected with the virus or be deployed in other public spaces.

Dr. Claire Guest, CEO, and Co-Founder of Medical Detection Dogs says: “In principle, we’re sure that dogs could detect COVID-19. We are now looking into how we can safely catch the odor of the virus from patients and present it to the dogs.

“The aim is that dogs will be able to screen anyone, including those who are asymptomatic and tell us whether they need to be tested. This would be fast, effective, and non-invasive and make sure the limited NHS testing resources are only used where they are really needed.”

“If the research is successful, we could use COVID-19 detection dogs at airports at the end of the epidemic to rapidly identify people carrying the virus. This would help prevent the re-emergence of the disease after we have brought the present epidemic under control.”

What do you think about all of this? Could dogs truly be a game-changer in all of this? I for one do believe canines might be capable. For more on this topic please check out the video below.