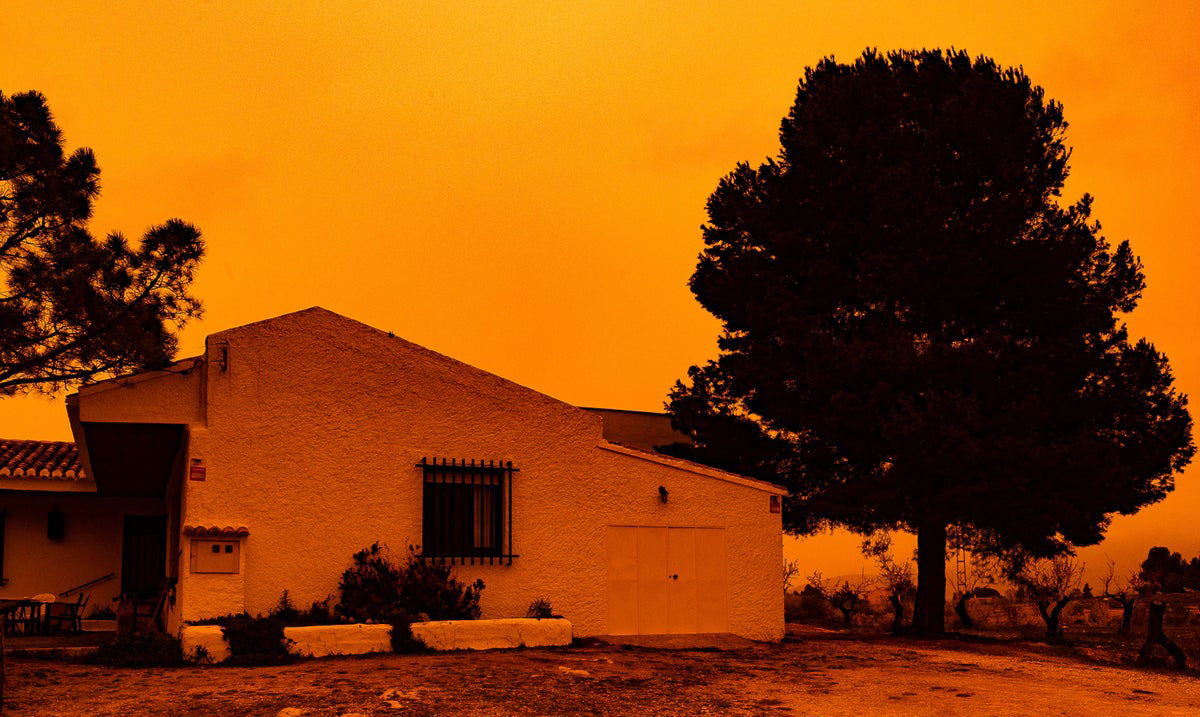 In several videos and pictures that are emerging, you can see the skies of Spain turning a bright and vibrant orange color. According to Weather experts, this is due to dust coming from the Sahara, and they believe that the UK is next.

The red-orange color in the sky has been reported to be caused by Storm Celia, which has pushed hot air over the Sahara Desert, which then pushed clouds and plumes of dust and sand into the sky.

Due to this, the national air quality in Spain is considered to be “unfavorable,” which is the worst possible rating.

With areas like Madrid and Murcia having already experienced these scary effects of Storm Celia, experts believe the UK is next.

“There has been very poor air quality today in parts of Spain, and it could well affect us in the southeast and East Anglia on Wednesday [16 March],” explained BBC weather reporter, Carol Kirkwood. “So if you wake up on Wednesday and your car is covered in orange dust, you’ll know where it comes from and why.”

The Climatology Laboratory research unit at the University of Alicante has worked to keep all of Spain updated on this storm, and has recommended that the population avoid long-term outdoor activities.

Such weather conditions could be harmful to those who have respiratory disease, including asthma.

Spain’s weather forecast said that dust would continue to accumulate through Wednesday and would possibly go as far as Germany. On Tuesday, ABC News reports that the dust had begun to “spill” over into Portugal.

Many people living in Spain woke up to red-orange dust coating their streets, houses, and cars.

Emergency authorities have asked those most affected to wear face masks if they must go outdoors.

A spokesman from Spain’s Weather service, Rubén del Campo explained that it was unclear as to whether climate change had a link to this episode. However, he said that the increasingly extreme weather patterns that have been linked to climate change could play a part.

“There are many concerns regarding the impact that climate change is having on the patterns of the frequency and intensity of the storms that favor the arrival of dust to our country,” he said.