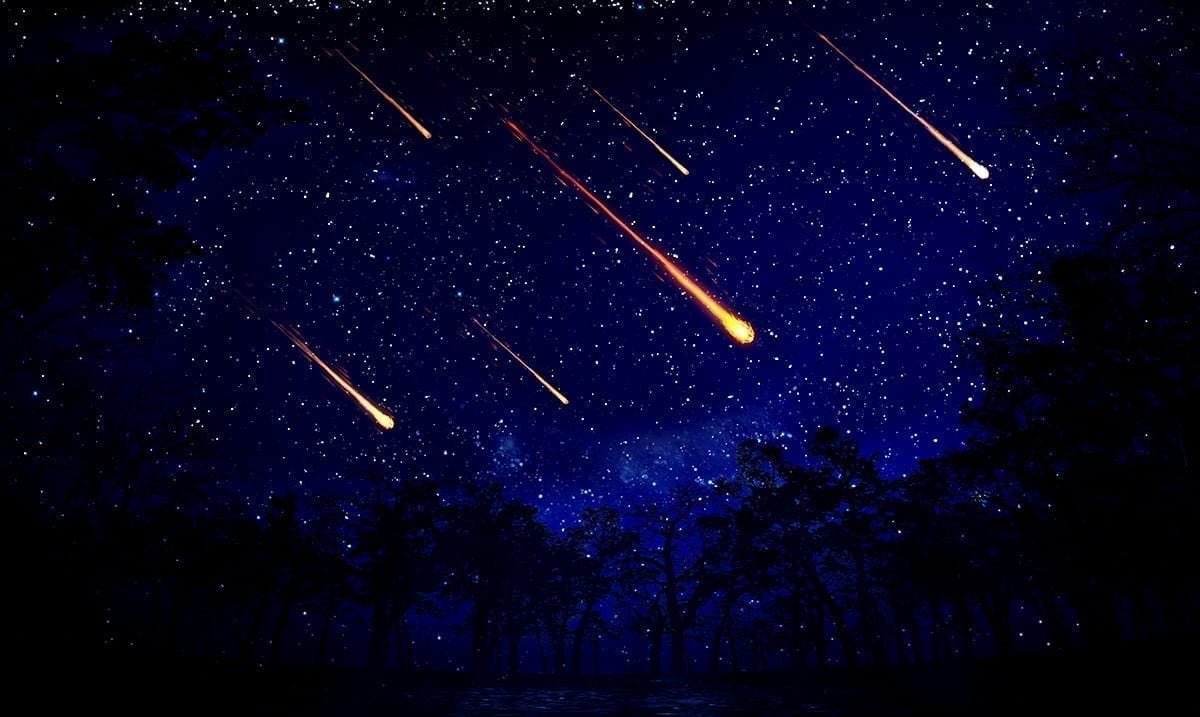 I am sure you’ve heard that throughout July there will be and so far has been the presence of two meteor showers. These being the Delta Aquariids and the Alpha Capricornids.

These two showers are not anything too crazy overall, but they do bring shooting stars and offer us a bit of a sight in our night’s sky. The Alpha Capricornids are usually active from July 3rd to August 15th and the Delta Aquariids are usually active from July 12th to August 23rd. While their dates are off by a bit, they tend to peak around the same time which is what is happening this go around.

These two showers will be peaking between the 27th and 29th. This meaning tonight and perhaps tomorrow night could be a good chance for you to see maximum fireballs. While you shouldn’t expect to see more than 20 or so per hour even just that is quite a lot when you think about it. Yes, we do have showers that produce more but these are still worth being aware of.

AccuWeather wrote as follows on these interesting meteor showers and their unified peaking:

Neither of the two showers this week are considered major, but together they will bring around 15 to 20 meteors per hour in dark areas away from light pollution.

The Alpha Capricornids is the weaker of the two meteor showers, but it could prove to be the one that is most intriguing.

“What is notable about this shower is the number of bright fireballs produced during its activity period,” the American Meteor Society (AMS) explained.

Fireballs are incredibly bright meteors that can light up the entire night sky for a few seconds. They also are visible for much longer than the typical shooting star, glowing for several seconds as they streak through the sky.

“Vivid colors are more often reported by fireball observers because the brightness is great enough to fall well within the range of human color vision,” the AMS said.

“The dominant composition of a meteoroid can play an important part in the observed colors of a fireball, with certain elements displaying signature colors when vaporized.”

Skywatchers planning to head out for the celestial double feature on Tuesday night might want to put on a pot of coffee as they are best seen after about 1 a.m. local time.

These might not be the most exciting but honestly, the idea of seeing a fireball really does get me on my feet and ready to go. While you might prefer to use binoculars or things of that nature to view these shooting stars, you don’t need them. All you need is a clear night sky and your naked eyes.

While it might be a bit cloudy out in some areas, if you look close enough you may still be able to catch some shooting stars, that being said do be aware of the sky and what things are looking like as sometimes it is just too blocked. If you cannot see anything, don’t give up while the peak is here these showers will still be active moving into August. You’ll likely have plenty of chances to make wishes going forward.