The Truth About Microsoft Patent 060606

In recent times a lot of people have been talking about this specific patent online. It has made lots of rounds on Reddit and many people are drawing their own conclusions in regard.

Patent 060606 is owned by Microsoft and is a world patent. People are blown away by the fact that the numbers associated with this patent happen to include three sixes which is thought by many to be a ‘devil number.’ Now, this patent basically covers a device that is worn on the body and is linked up to some kind of cryptocurrency system from there translating things digitally and collecting data. While that might sound a bit vague, the patent itself is a bit vague overall.

The abstract of this patent goes as follows:

Along with that specific abstract, an image or illustration is also included which you can see below. While many are, as noted above freaking out and calling this a sign of the ‘mark of the beast’ others are not so concerned. Many believe this new concept of crypto mining might be well worth looking into. 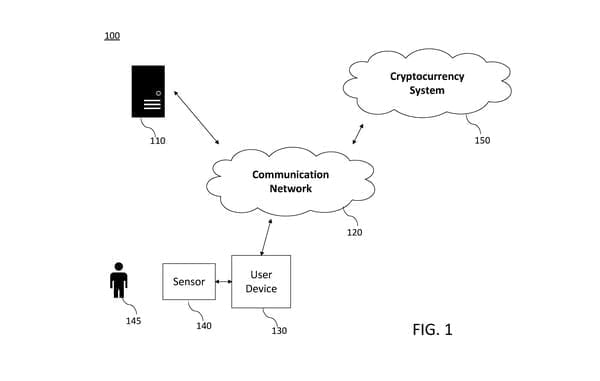 On one Reddit thread, many were going back and forth on this being nothing more than an advanced ad insight plan and some were very much comparing it to Sweatcoin, an app that ‘pays’ you for walking. That being said there are as usual tons of people saying the patent doesn’t exist because it’s not a US patent. However, it can be looked up if you go through the European Patent Office leading us to believe it is an actual patent, you can click here to see it.

While I don’t think we have much to worry about in regard to this, that won’t stop people from freaking out over the numbers and coming to their own conclusions. For more information on this feel free to check out the video below that being said keep in mind nothing is processed through completely yet, this is just a patent and the things people are saying mostly are all speculation about how this will turn out. Do you think this could end up being some kind of basic app or is there more to it that we are not able to see yet?