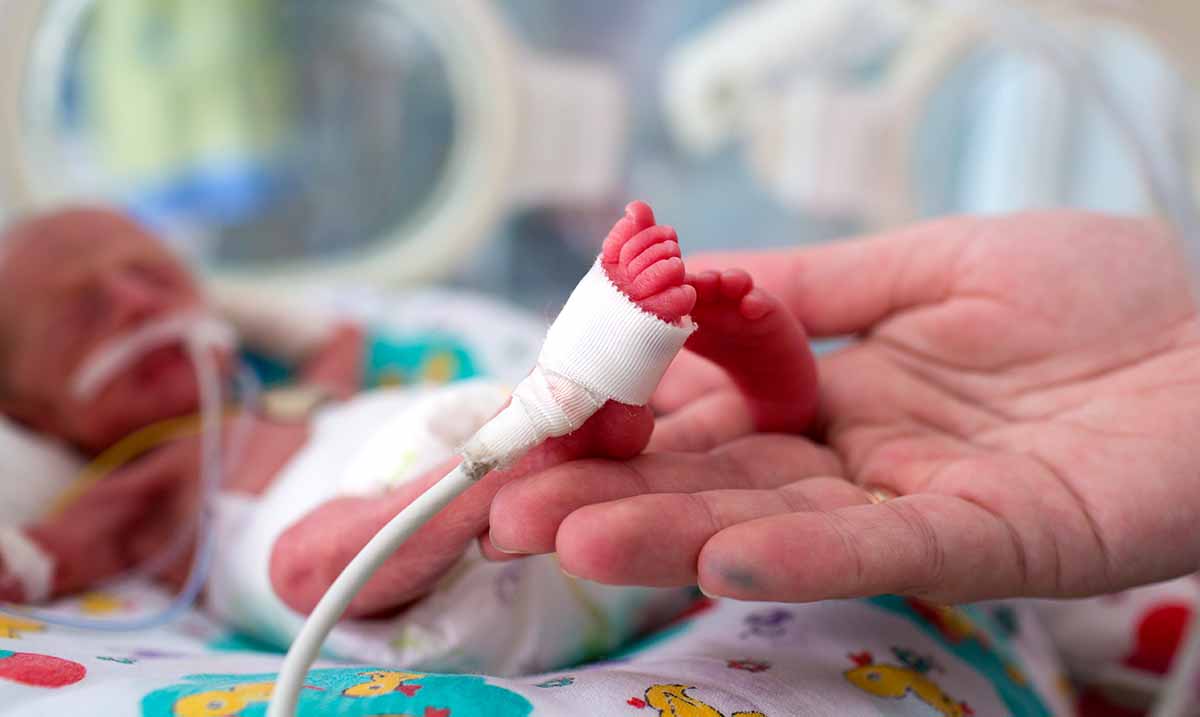 We all know voting time is coming up, and with that, it seems President Trump is making moves to get votes in different places. According to Fox6, this past Wednesday, he agreed to or ‘promised’ to sign an executive order that well covers something quite interesting.

The executive order that Trump has ‘promised’ to sign is one that would essentially require health care providers to care for all babies born alive, including those who are somehow able to come out ‘living’ after being aborted. While we do not know much about this order as a whole, it is definitely something that will get him more votes from those who are very anti-abortion. That being said, this in itself is a touchy subject.

Fox6 reported as follows going over this:

Organizations representing obstetricians and gynecologists say the law already provides protections to newborns, whether born during a failed abortion or under other circumstances. But when anomalies are so severe that a newborn would die soon after birth, a family may choose what’s known as palliative care or comfort care. This might involve allowing the baby to die naturally without medical intervention.

It is not necessarily a crime to forgo sophisticated medical intervention in cases where severe fetal abnormalities leave a newborn with no chance of survival. This has happened on rare occasions in the course of a late-term abortion. The U.S. government recorded 143 deaths between 2003 and 2014 involving infants born alive during attempted abortions.

In a video message Wednesday to the National Catholic Prayer Breakfast, Trump said his “born alive executive order” would ensure that babies born alive no matter the circumstances “receive the medical care that they deserve.”

“This is our sacrosanct moral duty,” Trump said.

This in itself is a bill that according to The Hill seems to go hand in hand with one that would bring fines and potential prison time for health care practitioners who ‘fail to provide care for a baby that shows signs of life after an abortion.’ While this kind of thing is not something that happens often and would be rare no matter how you look at it, it is something a lot of people seem to think about. Many actually believe this kind of thing is unnecessary as there are federal laws already in place that cover this kind of thing.

The Hill reported as follows on this topic breaking things down a bit:

“It seems this administration will once again seek a solution to a nonexistent problem. An executive order like Donald Trump described would only spread misinformation, shame people who get abortions, and try to score low-hanging political points,” said Jacqueline Ayers, vice president of government relations and public policy at Planned Parenthood Action Fund.

Less than 1 percent of abortions in the U.S. in 2015 were performed after the point where a fetus can potentially survive outside of the womb — around 24 weeks of pregnancy. Many of those pregnancies are terminated because the fetus was not expected to survive or the mother’s life was at risk, experts say.

Infants rarely survive these abortions because drugs may be used to stop the fetal heartbeat before the procedure. Sometimes parents choose not to use the drugs to let their child die a natural death.

Sasse’s bill would take that option away from parents, advocates argue.

The president’s address to the National Catholic Prayer Breakfast comes as he has seen his support among Catholics erode during his first term: A poll released this week showed him trialing Democratic nominee Joe Biden by 12 points among the demographic.

But Trump has grabbed onto issues such as religious liberty, the appointment of conservative judges, and his opposition to state laws that expand access to abortion to appeal to evangelical voters.

“Our nation is strong because of Catholics and all people of faith,” Trump said in his address. “We believe in the joy of family, the blessing of freedom and the dignity of work, and the eternal truth that every child, born and unborn, is made in the holy image of God. I will always protect the vital role of religion and prayer in American society, and I will always defend the sacred right to life.”

While there are people conflicted on all sides of this, it is important that we are aware of this order and the bill noted above as well. What do you think about all of this? Is it necessary or are the laws we already have in place enough for such rare situations? I guess all in all this isn’t just aimed at abortion babies that happen to on occasion survive and is also in regard to premature babies. This order does seem to cover more than just what people seem to be talking about, to learn more about all of this please take a look at the video below.