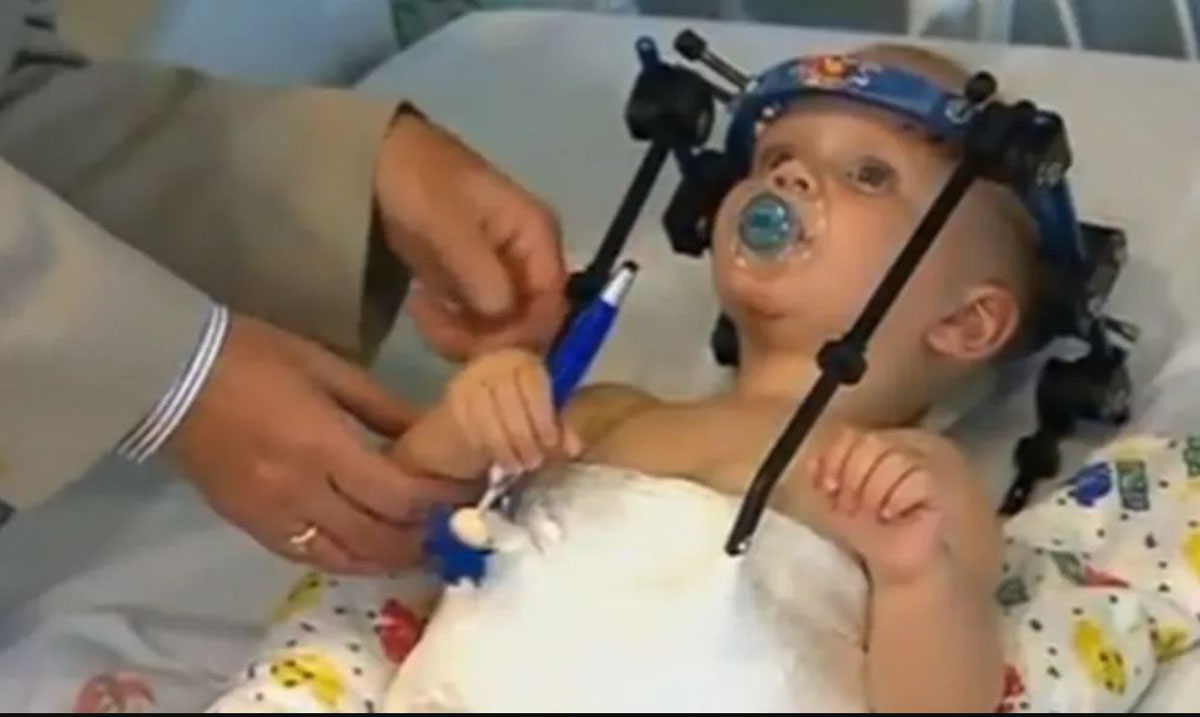 By Harley MansonDecember 20, 2022No Comments

16-month-old Jackson Taylor was riding with his mother and sister in the car when it crashed into another vehicle at a speed of 70 mph. When this happened, the force of the incident was so much that it caused what is known as an internal decapitation.

Internal decapitation takes place when our spine is detached from our head. Thankfully, it did not fatally harm the young boy, and because of a team of surgeons from the operating theatre in Brisbane, Australia, the young boy was able to undergo life-saving surgery.

Geoffrey Askin was the senior spinal surgeon at the Lady Cilento Children’s Hospital in Brisbane. He has been called the godfather of spinal surgery because he is very talented at what he does.

He and a team of over 20 doctors carefully planned the six-hour surgery that would ultimately save Taylor’s life. The surgeons used a fragment of one of the young child’s ribs to fuse his severed vertebrae. After his surgery, he had to wear a brace of halo for eight weeks, but thanks to that halo his bones were held in place, which helped him to reach a full recovery.

When speaking about the incident, Askin explained that his injuries were the worst case of C1-C2 dislocation he had ever seen. However, even with that being said, the surgeon agreed that Taylor was very lucky to be alive. “How the spinal cord managed to go around that corner and survive is a miracle really,” he says. “He’s just really, really lucky.”

Thankfully, the young boy made a full recovery and has since moved on to play and live his life as any other child should. When his mother commented on the incident, she also agreed that his situation was extremely lucky, although it may not have started that way. “It is a miracle,” she told NBC.