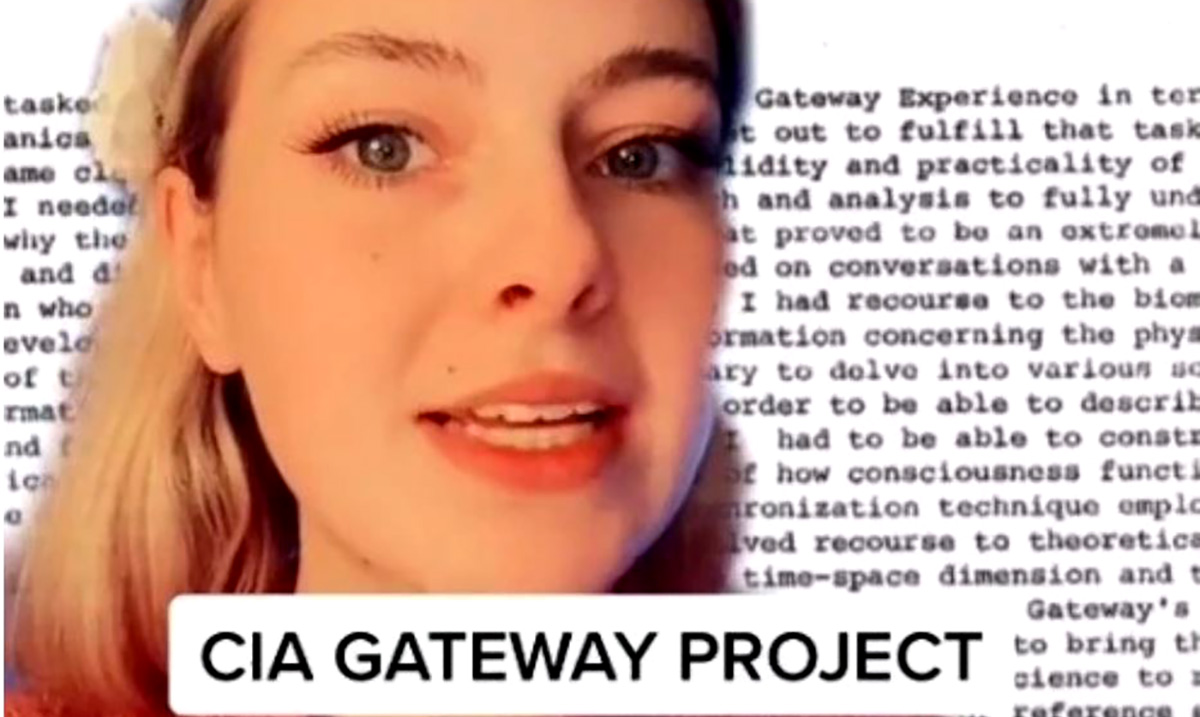 While we all know there are tons of declassified reports out there from the CIA, FBI, and so forth, not everyone has taken the time to look through them. Depending on what you’re looking for you can find tons of mind-blowing things and well, this in itself is one of those mind-blowing things.

As of late declassified reports are somewhat going viral on Tik Tok and with good reason, people are finally realizing how interesting some of the research from the past is even if it sounds a bit out there looking back. For those who might not be aware in the 1980s, the CIA actually investigated something known as the ‘Gateway Experience’ which is basically a technique that is supposed to alter a person’s consciousness. This in itself is something that most people in modern times would think impossible, right?

All it took to get this kind of thing noticed was one person on Tik Tok bringing it to the attention of others. From there it went viral as noted above and well, people are really taking the time to dive into the Gateway Experience. Abigail Carey who has around 500,000 fans on the app itself actually made several Tik Toks going over the report noting these things and well, it’s amazing some of the things within the report. For instance, it confirms things like hypnosis and manifestation.

The Sun wrote as follows on this interesting viral Tik Tok situation:

“It refers to all of these outlets as reasonable starting points to reasonably access the gateway,” Carey said.

She believes the reason why the report hasn’t been a popular read for some people is because it’s “very long.”

According to Carey, the document “literally” explains: “Where we go when we die, what ‘consciousness’ is, our universe is a hologram, time travel, and how to send telepathic messages.”

In the actually report – dubbed “The Analysis and Assessment of The Gateway Process,” the author, US Army Lieutenant Colonel Wayne M McDonnell, explains the unique technique as “a training system.”

McDonnell said the system is “designed to bring enhanced strength, focus and coherence to the amplitude and frequency of brainwave output between left and right hemispheres so as to alter consciousness, moving it outside the physical sphere so as to ultimately escape even the restrictions of time and space.”

I think it’s great that younger people are diving into these reports and really thinking about these things in their own ways because they are important to be aware of and this kind of thing to me is much more entertaining than dance videos. You would be quite surprised what crazy Black Mirror stuff is out there in these declassified files, honestly.